Here’s the best sample of 7HURM007W HRM Assignment, written by the expert.

Communication is the transfer of information among individuals for the understanding of meaning. This report highlights the attributes of Hall’s model of communication along with determining the barriers of effective communication in the Japanese and American subsidiaries of the MNC. The report has also provided recommendations for possible solutions to communication issues. 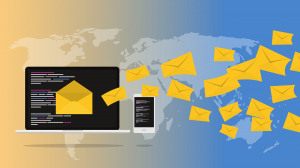 Features of Hall’s model and barriers to communication

Recommendations to address the communication issues

The rewarding system within the organisation comprises of financial and non-financial compensation that is being paid to the employees in return for their services rendered towards the work. Keeping a good reward system help the organisation in keeping the employees happy along with loyal towards the organisation that motivates the employees towards performing their task with highest accountability and integrity (Svačina, 2020). The reward management system within different countries is different based on their cultural norms and beliefs that include employees of western countries beliefs in monetary motivation. Whereas, employees of non-western countries beliefs in recognition as rewards. Two respective countries have been chosen to determine the reward system that includes South Korea as a non-western country and the United States as a western country. Evaluating the cultural dimension it has been noticed that South Korean culture believes in hierarchical society whereas, the USA believes in inequalities. The theory of Maslow’s hierarchy explains that psychological needs for both the employees of the USA and South Korea are equal where all the employees seek towards having food and shelter for basic survival. Determining the theory of Hofstede cultural dimension critical information has also been gathered that signifies Korean culture believes in equality, solidarity and consensus (Hofstede-insights, 2020). Whereas, the US masculinity score signifies that the country holds high masculine values. Comparing the cultural system of both US and South Korea contrasting differences has also been identified where South Korea people believe in collectivistic society, the US believes in an individualistic society. The theory of Maslow’s hierarchy explains that esteem needs for both of the countries are contrasting as because recognition and higher position are the reward system that most intrigues the employees of South Korea (Suyono & Mudjanarko, 2017). Whereas, employees of US culture believes in the financial and monitory reward system that increases their motivation to perform better.

Examining the theory of Trompenaars cultural dimension for USA and South Korea important information has been gathered that points out US culture mainly believes in universalism where the main focus is laid towards maintaining rules and regulations. Whereas, South Korean culture believes in particularism where the focus os stressed towards maintaining the relationship to develop a collaborative working culture. The reward system for employees working in universalism is based upon their performance, whereas, in particularism, the reward system is based upon group activity. Therefore, the theory of culture explains about the different nature of business in two distinctive countries. Examining the goal-setting theory of motivation it has been noticed that employees of the USA and South Korea share common interest where they believe that goals need to be clear to measure and unambiguous which needs to be completed within the definite time set (Latham, et al., 2017). The reward system within the theory of goal setting is based upon measuring the commitment of employees belonging from South Korea and the USA in terms of their involvement towards the decision-making process within the organisation. Furthermore, self-efficiency of employees are also being measured during the goal-setting in terms of offering them rewards that motivate them towards performing the common objectives of the organisation.