Here’s the best sample of ACC701 Accounting Financial Assignment, written by the expert.

From the global statistics, it has been identified that each and every company requires to adhere code of ethics and code of conducts in their business operations in order to maintain a healthy and effective relationship with their stakeholders and shareholders. With the help of this process, it becomes very easy for the companies to gain competitive advantage from the market along with retaining a good relationship with the Boards and Executive officers. From this assignment, it will be easier to find out how mismanagement can lead an organization to face liquidation in their business operations. 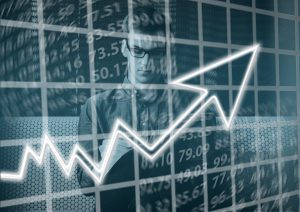 This assignment is based on identifying the process of liquidation and how it can be created from mismanagement of an organization. For this assignment, three repudiated and big companies ABC Learning, HIH Insurance then One.Tel are taken into consideration in order to explain these procedures. This assignment is emphasized on identifying how an organization faces failure from its business operation due to shortage of corporate governance and code of ethics in the context of various companies. This assignment also includes liquidation, APES 110 codes along with Five codes of ethics and other codes of conducts, so that it becomes easy for the readers to understand how these all are impacting over the business operations of an organization.

Liquidation, which is also known as winding-up, is a process due to which a company   can cease to exit. Liquidation is the process, which is under company law and that become the results of company exist (realbusinessrescue.co.uk, 2018). Sometimes company arranges voluntarily to go in a voluntarily liquidation. So many companies decide to go in a voluntarily liquidation and that is why they arranges the voluntarily. The main result for a liquidating company is to remove the company from the list of register companies and ceases from having a legal existence.

DETAILS OF THE COMPANIES:

All the companies chosen for this assignment are based on Australia named ABC Learning, HIH Insurance then One.Tel.

ABC Learning is an Australian company. There was a time when ABC learning was considered as the world’s largest childhood services provider. After the fallout from subprime mortgage crisis due to debt repayment, the administrative receivership the company went into. After went out for voluntary liquidation in the year 2008 the company ABC learning was bought by Good start limited in the year 2009 (abc.net.au, 2018).

The company ABC learning was established in 1988 in Brisbane, Queensland, Ash grove, Australia. ABC learning increased their children care centre in 43 places in 30 June 2001. After that in the year 2005, they expanded their child education centre from 43 places to 697 throughout Australia and New Zealand. It increased the centre in 950 places in the year 2006. In the year 2005, ABC owned the third biggest childcare operator in United States of America, teaching care group Inc. This institution operated 467 centres by itself in the United States of America. In the year march 2008, the company announced that they would sell to Morgan Stanley, 60% of its American business of childcare (abc.net.au, 2018). ABC was decided to go in a voluntarily liquidated in 2008 and the company was occupied by the Good start childcare in the year December 2009.

In spite of selling the company off assets, the company fell into liquidation. In the year November2008, the company’s debt servicing was increased and the auditor was not able to sign off on its accounts. To keep the company’s centres of childcare until the year 2008 the federal government injected $22million. The company went into the liquidation after the creditors voted for it. Good start, fellowship of St Laurence, Social Ventures Australia, a consortium of mission Australia was occupied the 570 centre of ABC learning. As ABC Learning is one of the largest child care provider company, but due to several economic irregularities, this company is facing several troubles in its business operations in the market though the company is trying to operate proper planning (debt and repayment planning).

HIH Insurance was the second biggest insurance company of Australia. It went into liquidation in the on 15th march in the year 2001. By liquidation, it is the biggest ever corporate collapsed in the history of Australia. From the estimation of liquidators, it has been identified that the company losses up to $5.3 billion (yellowpages.com.au, 2018).

HIH was the largest insurance company in that time, with the assets of $8 billion. In the year 2001, a provisional liquidator was appointed by the board to take the control of this company and its 17 controlled entities (realbusinessrescue.co.uk, 2018). The end of the company like HIH was the biggest corporate loss ever. It is the largest corporate failure in the history of Australia. When as a provisional liquidator McGrath’s name announced, he credited the company failures to unsupervised delegation of authority, rapid expansion, complex and extensive reinsurance arrangements, and reserve problems, under-pricing, false report, incompetence, greed, reckless managements, fraud and self-dealing.

From the marketing history of HIH Insurance, it has been identified that HIH faced failure due to the showing personal interest against the company’s interest. On the other hand, this company also fails because of sharing Pacific Eagle Equities. From the statistics of 2000, it has been identified that due to the mismanagement of business system of this company, director’s board also fails to save the company from its failure. On the contrary, diligence and other inflated reasons can also be taken into consideration for the failure of this company, which also lead the company towards facing liquidation in the market.

On the other hand, the company also faced several criminal charges along with sentences against the management of the company, which also spoils the corporate image of the entire company in the market. Due to these problems, HIH company faces liquidation in an effective manner, which also hampers the business operations of the company.

In the year 1995, the company named as       One.Tel started their journey in the telecommunication sector in Australia. Stephen Moore and David Wright from Sydney Australia, the joint CEO of the company were launched the next generation 3gsm in 1800 network. In that time, One.Tel was powerfully established in the market of telecommunications sector, with the operations in the market of telecommunication sector in Australia, Paris, London, Zurich, Hong Kong and Amsterdam Frankfurt. In the year march 2000, the company was acquired successfully 15 MHZ across all over the globe. The company’s was launched its network before six months of its schedule time. The network was the next generation.

In the year January 2001, the company One.Tel was shared it price double.  In that year in the month of May and April the company, named One.Tel was started facing   many problems. The problem of the company was increased day by day and news limited was accepted to supply a share of 5% and another $ 132 million (apesb.org.au, 2018). The directors were announced Ferrier Hodgson as the administrator of the company in the date of 29thMay, in the year 2001. From 8june in the year 2001, the administrator started lying off a huge number of employees. The numerical figure of the employees was 1400.

The Accountant’s international ethics standard board (IESBA) of the Accountants of the international federation (IFAC) is issued this code depending on of Ethics code for the persons who select Accounts as their profession. The members practising in the abroad or in the Australia should obey the rule otherwise; they can be prevented by the applicable regulation and law from doing so. To apply the requirements of the code outline, the members not only guided by the words of the code but the spirit of the code also.

An overview of the code

The main purpose of the code is to give an outline of the entire framework in an effective manner. Another purpose of this code is to help the members in utilizing the section that is relevant of this code more economically. The overview cannot be called as the substitution of the code. The overview has to use in conjunction with. It should not be used in instead of, the code.

The company ABC LEARNING did not follow the APES 110 that is why the company had gone in liquidation and collapsed. The company HIH Insurance also had gone into liquidation due to the same reason. This company, which was one of the biggest Insurance Company in Australia once upon a time also, did not obey the code of ethics as mention in the APES 110 code. The telecommunication company, which was the biggest in Australia in the telecommunication sector on time also had gone into the liquidation for the same reason.

In order to explain the listing rules, the following key points must be taken into consideration that include different principles and can be described as follows-

Were liabilities a major factor contributing to the liquidation of individual companies?

The liability can be considered as a legal and financial obligation or a financial debt of a company. The liability arises during a business course of the company. Liabilities are raised due to the transfer of money services or goods etc. Liabilities also include accounts payable, loans, mortgages, accrued expenses and deferred revenues. Liquidation can be called as the process by which the company is carried to end by maintaining its effectiveness in the market. The other name of the liquidation is dissolution and winding up. Liquidation can be compulsory and voluntary.  Therefore, it can be said that, yes liabilities were a major factor contributing to the liquidation of individual companies. Three of the companies mentioned at first, such as, ABC learning, HIH Insurance and One. Tel does not follow that rules.

From the above discussion, it has been identified that in case of liquidation, management asses are the very critical for the success of insolvency process. The liquidation process therefore has a great need to sure due compliance. While is  possible that assets of a company in wind up may not be sufficient to give satisfaction to the  all claims against the company in wind up compliance, proper approach, with the relevant laws in the context of ABC Learning, HIH Insurance and One.Tel.

The wind up can delivered for the release from court. When the dissolution take place, the partnership continues to extend essentially for complete the transactions begun but not ended. Court established the same condition also. This type of amount deliberation for this type of asset shall be rewarded only by process of inward remittance in free swap from foreign via normal channel of banking. With the acceptance of Indian government, the investments can be taken place through rout of government.