The main purpose of this report is to critically analysis the case study of apple in order to identify the overall apple success and issues that it faced from last decades. In addition, this study will also use different theory and framework from identifying relevant decision and answer to the case study question. This report will also identify the major challenges that Apple Company have or can face to a large extent. Further, some recommendations will also be provided to Apple Company in order to outperform in the future in against to competitors efficiently and effectively.

Answer 1: On the basis of given case, it is identified that Apple has used powerful competitive strategy to be successful. In the last decade, Apple has become world’s most valuable company due to their success. In which it has developed personal operating system for each device that is manufactured by the company. At the same time, it is defined that company’s stock market valuation has been reached at $775 billion in the year 2015, whereas, the company was in the situation of bankrupt before approximately 20 years (Castro, 2016). At that time, Microsoft has not invested $150 billion in 1999. The most successful products of the company are iPod (2001), iTunes (2002), continuous series of iPhone after 2007 as well as iPad for tablet was also another successful product of the company that was introduced in 2010. 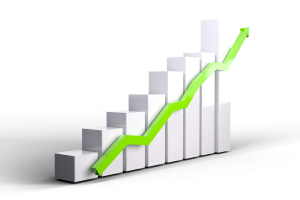 The main competitors of Apple in computer and laptop manufacturers are Dell, HP, Acer, Lenovo, Sony Corp that runs in the Microsoft operating system. On the other hand, Huawei, Samsung, Sony, HTC, and Lenovo are competitors in Smartphone industry that runs in android operating system (Kane, 2014). Apple has developed an industry of mobile and computer through the revolutionary business model. Thus, it is a most selling company and become a biggest competitor in the computer and mobile device.

Answer 2: In my opinion, I think that apple success is attributable to both industry and firm effects. In today’s common life, digital products become most essential part of the life and related industries are growing rapidly in the market be it computers, tablets, smartphones, cameras, audio and so on. In context to this, Apple is one leading company which cover overall related mentioned industries which definitely related to industry effects (Jiang et al., 2016). On the other side, firm effects are also considered as important for Apple success as industry effects because company is standing out efficiently in competitive environment in comparison to other companies. Apple Company is known for its uniqueness, creative and special products offering. Besides those industries, Apple also had strong and lot of competitors such as Dell, HP, Nokia, Blackberry, etc but then also Apple has positioned itself clearly by creative product design and innovative products.

Answer 3: The major challenges that Apple are facing mostly is increase in competition level and rapid change in the industry environment. The change in technology also brings the more chances of increase in competition level. At the same time, Apple Company is facing the challenges because of internal weakness and external threats which directly or indirectly affects the competitive advantage and strength too. The major external threats as mentioned in article, it is found that other competitors of the Apple are trying hard to neutralize the Apple’s competitive advantage (Eisenhardt and Sull, 2012). Microsoft is a company that introduces the core surface which is mixture of both laptop and tablet which is big threaten for the iPad in a critical manner.

There is effective Chinese smartphone market which offers the customer with the best quality of feature mobile service at very reasonable cost. In a similar manner, both Huawei and XiaoMi are focusing to target the market share of Apple rapidly. On the other side, the internal weakness identified that product integration helped the company to achieve success but then it may also lead to drug apple down because of its system which don’t get connected with other devices (Sull and Eisenhardt, 2015). Usually, Apple products found to be unique, their software and cable are different from other mobile handsets. In addition, when there is any new product, there is high need to create a version in order to become compatible to the Apple products.

In this manner, Apple will always become a first innovation or invention company with new product and technology of it. Further, the other companies will always try to make the Apple undifferentiated for that once Apple loses its uniqueness and don’t develop or invent any new technology (Dotta et al., 2017). This effect will lead to lose of competitive advantage of Apple and that is a great challenge that Apple might face (Kim and Mauborgne, 2014). However, these stated external and internal threat and weaknesses would also be considered as an opportunities and strengths. If Apple maintain its product uniqueness and become first implement of new technology, then company will be able to reverse all threats and weaknesses to its competitive advantage i.e., strengths and weaknesses which develops difficulty for the company to catch up with.

Answer 4: The three step processes that need to be applied for developing a good strategy are as follows:

In this step, the competitive challenge for the Apple Company before getting successful in them was the large firm who were dominating the whole computer i.e., digital industry. Currently, the competitive challenge for the Apple Company is actually based on external factors such as low switching cost and high aggressiveness of the firm (Cameron and Quinn, 2011). Usually, aggressiveness of other competitor firms can be seen through innovation in the products and advertising technique. On the other side, switching cost is high because customer of apple has wider option to switch to other products efficiently.

The new guiding policy of Apple should be considered as a new business model. In this, company should focus on developing its new market rather than targeting the same existing market. Patents of new technology should be developed because in this competitive market, smartphones are saturated and public demanded for more products and service (Johnson, 2016). In technological aspects, the company should focus on providing unique product rather than being a too complex.

The foremost advantage for the Apple Company is innovation because there is various opportunities for the company to expand and improve their product line which can help company to compete with its competitors. The continuous innovation in the product line leads to the expansion of distribution network which leads to the continued success efficiently (Grant, 2016). Moreover, the company should keep on delivering the excellent product which meet the customer demands and wants and that encourage people to subscribe continuously for long term period. This strategy implementation will help the company to move two steps ahead so that nobody can anticipate their design efficiently.

With the current specified strategies that Apple had after then also I would recommend Apple that they should focus more on innovation and research & development apartment. In order to maintain a competitive advantage, Apple must try to keep its uniqueness in its products and must try to maintain its market position by implementing first of new product and developing new own system with compete product cycle so that any competitor cannot break that product cycle.

From the above conclusion, it can be concluded easily that Apple is a leading company that is major competitor for other smartphone companies worldwide. Apple is very successful targeting its market share by providing customer with an innovate and unique products an services. There are three step processes that help the company to develop an effective strategy in order to attain a competitive advantage easily.  Overall, this report also helped in understanding that to maintain a competitive advantage companies to develop and maintain their quality and price uniqueness.