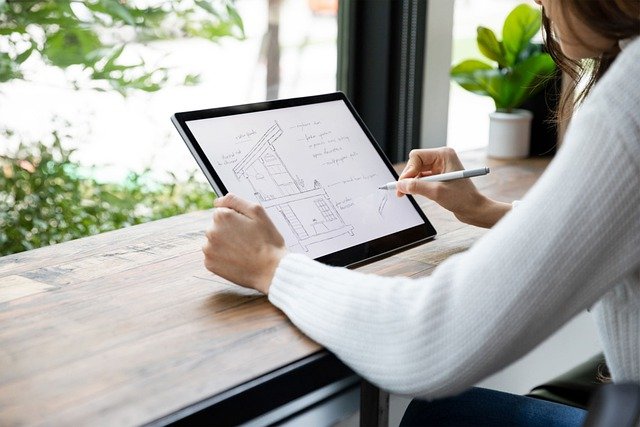 1. Advise to Heidi on half price NewBean Coffee Machine advertisement – an offer or an invitation to treat

Rule: The general rule of offer and the elements of contract in advertisements.

Application: It is advised to Heidi that in most cases the advertisements to the public towards the sale of products at a specified price is not considered to be an offer but it is an invitation to make offer. There is no offer in advertisements to enter into a legal and binding contract.

The advertisement made for NewBean Coffee can be considered as a unilateral offer to all the persons who are interested in buying coffee machine at half price and it is not limited to a single person of Heidi. The advertisement has no terms for person who acted upon the invitation.

It was considered that Carbolic Smoke Ball advertisement was binding to Carlill as this person had accepted the term and fulfilled the advertisement term of using the smoke ball and not getting cured from influenza for getting advertised money (£100).

This, the advertisement has the different elements of offer and acceptance in this case that developed legal relations towards a binding contract. Contrast to this case, it is advised that NewBean Coffee Machine advertisement cannot be considered as an offer as it do not satisfactorily specific in the terms in relation to the quantity, price, quality or general description.

Also, the advertisement is not limited and communicated to specific person but was a general announcement to make an invitation for deal and there is no agreeably intent that highlights advertiser condition to enter into a legal binging contract. These elements of offer are missing in the NewBean Coffee advertisement.

Conclusion: Thus, it is advised to Heidi that the advertisement for half price NewBean Coffee Machine is an invitation to treat which do not lead to legal binding terms.

2. Claim against the manager for selling the premium NewBean coffee machine to another customer

Issue: The issue is towards the offer being made by the manager to Heidi about the selling the premium NewBean coffee machine and revoking the offer by selling to another customer.

Rule: The general rule of offer and acceptance for contracts, the contract law and the promissory estoppel are considered.

Application: Under the general rule of offer and acceptance in Australia, there must be an offer, for which the acceptance by the party needs be made in response to the offer.  Here, the offer is made by the manager for coffee machine but the other response from other side for acceptance of offer needs to be communicated.

Also, in the situation of a unilateral contract, there exists an action in confidence to the promise made where it is equally important to show that a reciprocal relationship exist among the act and the request made for which the act needs to be performed.

In the situation regarding the selling the premium NewBean coffee machine by manager to another customer, it can be advised to Heidi that manager has made an offer to Heidi by communicating at a further 10% off on white floor stock machine and making it clear that the offer he is making is open for today- all day.

Apart from this, Heidi is also advised for a non-contractual promise which have chances to be enforceable as the manager as promisor has motivated an assumption that the promise will be performed leading to formation and existence of a contract and also considering the positive conduct of the manager for its offer.

The doctrine of promissory estoppel can be used which can allow Heidi who is the claimant and the injured party to make claim towards a promise made due to which she had suffered mentally.

Thus, in Australia, Heidi can make use of the principle of promissory estoppel as Heidi relies on that promise to her following disadvantage.

However, it is also advised that Hiedi needs to consider the situation that if the promise is considered to be too vague then it will not lead to any legal relationship thus, there are chances that there is no claim to be made against the coffee machine.

Also, the manager has made an express offer to Heidi. On the other hand, this offer has chances that it can lead to a  binding contract as the offer was made and can be said to definite, thus was clear and  certain for the white premium model NewBean.

Under the contract law in Australia, the contract can be verbal or written agreement to be legally bound among the contracting parties[2]. In addition to this, the manager has right to withdraw the offer before its acceptance.

It is also stated that in Australia under the general offer and acceptance an offer can be withdrawn by the offer at any necessary time earlier than its acceptance[3].

Here, the contract law case of Dickinson v Dodds (1876) 2 Ch D 463 can be referred where the offer was communicated by 3rd party for the termination of the offer as the offerer was dealing with some other person to sell the property[4].

The case also had an agreement to property to be unsold by 12 June till 9 am but it was revoked before as it was only an offer and there was no acceptance of the offer by the plaintiff.

Conclusion: There was no clear acceptance made by Heidi to buy as there confirmation pending due to the size and space factors. Thus, there has been no agreement made either verbally or in written by Heidi that she has accepted the manager’s offer.

Advice towards the existence of contract between Gertrude and Heidi

Issue: The issue is towards the existence of contract.

Rule: The contract law is applied.

Application: According to the contract law, there are different elements of the contract including offer; acceptance, legal aspects, competent parties and legality of object and certainty.

If a contract considers all these elements as it can be considered as the valid and legal contract. For making a valid contract, it is necessary to give an offer by one party to another that can be orally or in written form[5].

In addition, there should be lawful offer by one party and its legal acceptance by another party in order to make the contract valid. In concern of the case, it can be stated that an offer to sell the retiring machines at a great price was given by the store manager namely Gertrude to Heidi for starting her business.

However, this offer was given orally that reduces the applicability and reliability of the contract due to lack of written evidence. It becomes difficult for the party to prove on raising any conflict[6]. In the given case, the offer given by the manager was accepted by Heidi that fulfilled this requirement to be a valid and enforceable agreement.

In the given case, it can be notified that both Gertrude and Heidi had an intention to make a legal contract and were capable of entering the contract. On the other hand, an important element of the valid contract is a lawful consideration that ensures the returns for one party for the performance of his/her performance[8].

It is required to exchange something of value like cash, service, product or a promise for exchanging for any value.  In context of this element, manager promised to Heidi to provide the retiring machines at a great price, but there was no exact value in exchange of this machine.

So consideration was missed in this contract that is valuable to prove the validity and reliability of the contract. So, this element does not prove that there was any contract between manager and Heidi. At the same time, there may be some certain terms and conditions to maintain the legality in the objects of the contract agreement[9].

From the case, it can be noticed that there was no terms and conditions in promise made by the manager to Heidi. Based on this element, it cannot be stated that there was any contract between both parties.

Issue: The issue is towards making claim for the damages for the use of faulty product by Heidi causing her economic loss.

Application: It is advised to Heidi that the manufacture holds liability for the sold products in the situation for defective products for claim and proceedings and sometime, the retailer is also held liable as it form a key part in the distribution process.

It is advised that Heidi can make an attempt to sue Coffee Supplies Fast Pty Ltd. for its faulty and defective product i.e. GreenBean Coffee Machine. Under the Australian Consumer Law, the purchaser of the faulty product has right to ask for replacement, repair or money refund[10].

However, the seriousness of the damage would be considered for money refund or higher claims.  In Australia, there are different systems of product liability that are available to the purchaser.

The products liability is related to the damage being caused to the person(s) or to the property from the supply of faulty product.  Thus, the liability can be fault based and also there can be part of contractual liability among the buyer and seller party.

It is advised to Heidi that under the common law for products liability law a person can claim for losses suffered by faulty product on the three different bases which are fault-based common law tort of negligence, or provisions breach of Australian consumer law or under the contract.

Heidi can claim for monetary or economic loss for one week but to succeed the claim, Heidi as claimant needs to show that the GreenBean Coffee Machine has a defect and due to the defect the business suffered damage or loss of sales and the claimant suffered economic losses and also go through difficulty with its main investor due to business closure for one week.

Under the common law, there are different type of compensatory damages that are available for claims such as injury, medical treatment expenses, pain and suffering, loss of amenities, loss of life, loss of wages, and economic loss.

Conclusion: Thus, here compensatory damages for the economic loss i.e. loss of profits for one week can be claimed against the Coffee Supplies Fast Pty Ltd. Thus, it is advised to Heidi that the damages can be claimed for financial injury which is a type of legally compensable injury.