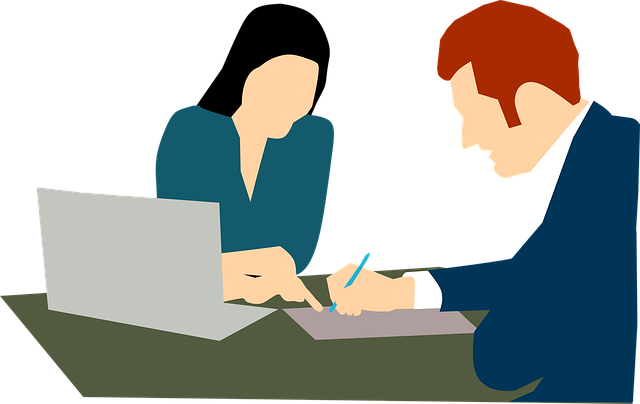 The purpose of this report is to identify the legislative regulatory frameworks and treaties, conventions or agreements for a multinational company (MNC) that is operating in Australia.

The report also presents a discussion on how these legislative regulatory frameworks are affecting the company and how the treaties and conventions are impacting the products of the chosen MNC. The chosen multinational company is Johnson & Johnson.

Johnson & Johnson is a United Stated based multinational that is operating in the healthcare industry. The company deals in different healthcare products like medical devices and pharmaceutical. It also deals in consumer packaged goods. The company was founded in year 1886 and its global headquarter is situated in New Brunswick, New Jersey (Henke et al., 2011).

The company operates in 260 countries in three segments; one is consumer for baby care products, oral care and beauty products, second is medical devices and equipments and third is pharmaceuticals. In 2018, the company has worldwide 135,100 employees (Johnson & Johnson, 2018).

In Australia, Johnson & Johnson is involved in the manufacture of different healthcare industry and consumer product industry as it offers products for babies and adults for personal care, skin and hair care and wound care and topical. The manufacture also provides pharmaceutical and over the counter medicines. The head office is in Ultimo, New South Wales and employs over 1,380 staff members (IBISworld, 2019).

The business of Johnson & Johnson is subjected to varying degree of regulation in Australia from the government that includes state and territory government legislation.

The drugs and medical devices and consumer healthcare products are subjected to stringent regulation by national and states regulatory agencies towards the safety of the products, the efficacy of products, products labeling and also for responsible manufacturing and advertising, and the safety reporting to protect the consumers and local communities and the environment.

The regulation is also to promote fair trading and a healthy competition. The main bodies constituting the constitute regulatory framework in Australia are the Australian Securities and Investments Commission (ASIC), the and the Reserve Bank of Australia (RBA) that affects this multinational company (Nepal et al., 2014).

The Reserve Bank does not deal directly with the business communities in Australia but their activities for monetary policy have significant impact on Johnson & Johnson business in Australia.

The monetary policies impact on the economic conditions of Australia in terms of the inflation rate which affect the business of multinationals (Swan, 2016) like Johnson & Johnson operating in this country for the growth in employment and production activities.

In addition to this, the regulatory body of Therapeutic Goods Administration (TGA) under the Australian Department of Health that is concerned with pharmaceuticals/ medicines and medical devices affects Johnson & Johnson in Australia (Kumari et al., 2016).

The related legislation is under Therapeutic Goods Act 1989 (Kumari et al., 2016). The TDA affect the company as the exercise of power by them result in increase amount of product testing and high level of documentation and reporting this had increased the cost of innovation in new product development and also it introduction to the Australian market.

This has also resulted in lengthy approval process (Nepal et al., 2014) and clearance for medical devices and pharma products due to the assessment activities by TGA to ensure that the medical devices and drug are of acceptable standards to be made available to the Australian public.

The taxation policy and laws in Australia affect Johnson& Johnson business. For 2018-19, the company tax rate is 30 percent and for business entities with less than $10 million annual turnover, the lower company tax rate is 27.5 percent (Australian Taxation Office, 2019).

Johnson & Johnson is subjected to full company tax rate in Australia. The high tax rate impacts the cost of business and an increase in tax rate would raise the business costs.

Also change in tax rates in the country can negatively impact the company financial results of business operations and additional expenses (Dyreng et al., 2017) and can lead to re-evaluation of deferred tax assets and liability that is associated with the country or state jurisdiction (Hanlon et al., 2015).

Johnson & Johnson is also subjected to capital gains tax (CGT) that is applicable on its gain made though assets disposable and acquired assets that are used in conducting its business in the Australian marketplace. The tax policy affects the company the business decisions in relation to the investment (Hanlon et al., 2015) and on how to reduce taxes on the earned profit (Gumpert et al., 2016).

Other than this, there exists are various Australian business laws that govern and outline the business rights for Johnson & Johnson in relation to the interactions with other business, their competitors, suppliers and the customers and towards the conflicting situation in business.

The legislation of competition laws is governing the business activity of Johnson & Johnson towards fair trading in business and with customers and towards the product liability regulation for product safety, marketing of products and information standards.

This is a nationwide statutory framework which is administered and enforced in the country by the Australian Competition and Consumer Commission (ACCC) (Nepal et al., 2014).  Here, the state and territory also play a significant role to govern the business for its rights and obligation to ensure customer protection.

The privacy laws administered by the Office of the Australian Information Commissioner (OAIC) applies to Johnson & Johnson business that apply in their work place for collection, assessment, and storage of information such as personal information of their customers and like product records, medical testing records and their communication and affect their business in national and state jurisdiction.

There are also legislation obligations towards the age and disability discrimination which has been affecting the company in the adoption of fair policy and to increase the wages of the staff members.  Thus, any non-compliance of the laws and the non-fulfillment of the tax obligation affected the cost of the multinational business in dealing with the legal burden due to fines and penalties.

Identification of treaties, conventions or agreements impacting the chosen MNC products in Australia

The Australian tax treaties have impacted in the products of the multinational company in Australia. Under this, the country has tax agreement with around 40 countries including the United States to promote corporation among the international authorities for tax.

The tax agreement with The United States has been significant for Johnson & Johnson in order to prevent the double taxation which has been helpful to keep the prices of their products competitive and has not resulted in increased product prices. It impacts towards the sales i.e. increased the sales of its products (Rixen, 2010).

This treaty has positive impact on the expansion of trade and also the movement of capital and resources among the two countries where Johnson & Johnson is operating its businesses. The tax treaty has also impacted Johnson & Johnson in terms of its increase in investments in Australian marketplace. It has increased the imports from the home country.

Another is Australia – United States Free Trade Agreement (AUSFTA) that was signed in 2004 and came into effect in 2005 on 1st of January. The free trade agreement is a treaty between Australia and the United States which is to the benefits of importers and exporters, manufacturers, and also investors in Australia (Kirchner, 2012).

Under this agreement, more than 90 percent of exports of manufactured goods from the United States to Australia became duty-free this had reduced industrial tariffs for manufacturers like Johnson & Johnson from the US (Faunce et al., 2010). The lower or eliminated tariff results in increase exports and revenue for the multinational company.

This frees trade agreement holds has lead to benefit the manufacturing sector for the medical and scientific equipment. As Johnson & Johnson is dealing into medical equipments and devices manufacturing this multinational company was able to take benefit of this agreement between its home country and host country, Australia.

The free trade agreement has removed certain barrier for Johnson & Johnson to more in the direction of international trade and to continue its investment in Australian marketplace. The free trade agreement has given Johnson & Johnson to improve its economic growth in Australia and has given a more active business climate to the company to compete with others while safeguarding the domestic market.

However, there is risk of theft of Intellectual Property towards the protection of patents, product inventions, and new development processes for its pharmaceutical products if the laws of intellectual property are not strictly implemented and enforced by the regulatory authorities (Faunce et al., 2010).

Apart from this, the Australia is having bilateral treaties and agreements with other eleven countries which have been positive for Johnson & Johnson products in Australia.

There is bilateral treaty among Australia and Austria for trade, intellectual property, civil law and arbitration and taxations (to avoid double taxations). This has also positively impacted the multinational products through expansion of trade (Egger and Merlo, 2012) and also avoidance of double tax.

Under this, there is restriction of tariffs on trade (import and export of goods) and has led to harmonization of food standards under the Australia New Zealand food authority agreement which has reduced the compliance cost for the food industry (Fratianni and Oh 2009).

This trade agreement has positive impacted on the Johnson & Johnson products in terms of low regulatory barriers and also in offering the costumers with more products choices in New Zealand. This has lead to the export of products from the Australia and allowed the company to expand its consumer healthcare products and pharmaceutical products segments in Auckland.

Under this, the majority (94 percent) of tariffs placed on the goods imported from Australia was eliminated as well as reduced (Athukorala and Kohpaiboon, 2011). This has opened opportunity for Johnson & Johnson with the export opportunity in one of the largest economy in the Southeast Asia.

This agreement has given a suitable bilateral trade and investment situation for the multinational company for its pharmaceutical products exports.

This has impacted the international reporting of business impacts of Johnson & Johnson in Australia and has led the company to focus on its area of waste management, water conservation and also to find sustainable solutions towards the new products development such as new over the counter medicines and other pharmaceutical products.

It can be concluded that there are different the legislative regulatory frameworks that is affecting Johnson & Johnson business operations and investment decisions in Australia. Some of these are corporate tax, environment legislation, employment laws, privacy laws and others that affected the operations of the business.

Australia has free trade agreement with the United States and other countries which has positive impact on the Johnson & Johnson products and has given opportunity to expand its trade outside Australia.

Swan, W., 2016. Financing sustainable development What can we learn from the Australian experience of reform?. Asia-Pacific Development Journal, 22(2), pp.135-164.