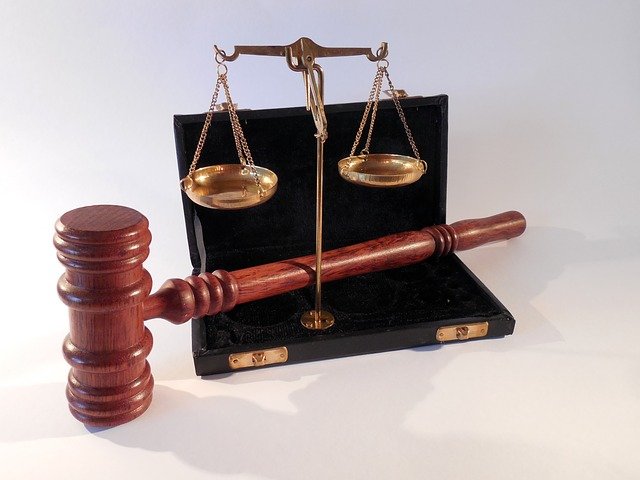 Location of the Institution

Samuel, Thomas and Peta started the online business of the domain of internet business reselling products over the vast and dynamic market with a large pool of potential customers through online business methods.

It has to be noted that these three people did not have an organized discussion on the pattern of the concerned business whereas Peta provided the initial amount as a funding of  $100000 to start the business through the use of his own personal fundings at his home.

After one year, Peta was provided with $6,000 per month on the viewpoint of a payment to be recognised as a gratuity for allowing the three partners to start their business at his home. It has also to be noted that Samuel and Thomas were also paid an amount but not in the form of employees but they were paid an amount for the development of the concerned business as a consultant ,i.e, consultancy fees..

The main point of focus lies in the fact that whether there was a clear indication of a written and organised Partnership or it was only a joint venture between these three friends.

As per the section 1 of the Partnership Act 1963 of Australia, the partnership definition never varies with the jurisdiction as it needs to fulfil some specific criteria to be considered as an effective partnership (Jensen et al. 2014).

As per the section 3 of the same act, the essential components of a partnership are valid agreement between the partners of a business, the carrying process of business, the commonness and the view for obtaining sustainable profit through the business actions.

In this case of Peta and his friends, there was not any kind of valid agreement between them that completely nullifies the aspect of procurement of a partnership. As per the section 9 of the Partnership Act 1963 of Australia, all the elements of the legal binding of the partnership must be present in a business venture to consider that as a partnership.

The case between Dougan vs. Ley (1968) depicts that the existence of all the necessary elements are required to consider a venture as a successful partnership. On the other hand, another important element of the intention to carry on a business was indeed present in the provided case study whereas the business was continued by the friends as a form of joint venture.

The section 14 of the Partnership Act 1963 of Australia deals with the commonness between the partners of the business venture through the aspects of the mutuality of the rights along with obligations and interests or agencies (Weidneret al. 2014).

On the other hand, other two friends, Samuel and Thoms do not get any regular employee salaries whereas they were in the process of consultancy arrangements of the business venture.

Apart from that, the case between Foldearn vs. Sheeran (2011) depicted the aspect of the element of commonness as a very necessary item for considering the aspect of partnership in a business venture.

Another prior element of the business process of partnership is the profitable view in the business as the partnerships ought to be formed with a purpose to thrive for making profit through the business. On the other hand, some charitable business structures like clubs are beyond the process of liabilities and profits through a partnership.

The section 41 of the Australian Incorporation Act deals with the purpose of the maintenance of profitable viewpoint in the partnership for keeping sheer compliance with the law (Dickerson et al. 2013).

In this case, the tendency of making sheer profit was always there in the car rental service or the reselling of the new and oldcars, i.e product business of the three friends. Thomas and Samuel denied the existence of any kind of partnership among them whereas the legal analysis also shows that all the elements of the partnership law were not present in the business venture involving them.

Hence, the case between Dickinson vs. Dodds (1876) can also be elucidated for turning down a plea of partnership business for the lack of existence of the legal requirements of the partnership venture of business.As per the section 25 of the Partnership Act 1963, the partnership requires the partners to share the profit and loss equally among them.

In this case we can also mention that in case of the payment Peta was paid in the form of monthly gratuity that was as a part of showing respect for allowing the three friends to start business in his premisies.

But the other two friends Samuel and Thomas were not provided any type of the salary but only consultancy charges as they were only associated with the business in the form of consultants and not partners in the concerned business.

As per the regulations and requirements of the partnership guidelines, this business can only be addressed as a joint venture by the three friends but not any partnership as per the Partnership Act of Australia.

The role of Directors is to procure the role of an organization and to develop strategic implementation for the development of organized norms for the proper achievement of organizational success. In the process of duty, the directors are legally obliged to exercise a profound duty of care and diligence.

The section 180 (1) of the Corporations Act 2001 deals with the revelation of the duties of a director to perform their roles to discharge their duties of care.

The case between the Australian Securities and Investment Commission vs. Mariner Corporation Limited (2015) has depicted the consequences about the breach of the duties of directors that can lead to capital punishment and even financial penalties. Apart from that, the case between Gore vs. ASIC (2017) can also be exemplified to elucidate the legal consequences for breaching the provisions of duties by the directors of a company (Larsonet al. 2014).

The standard of diligence and care may differ from company to company whereas this is established by the case between ASIC vs. Re City Equitable Fire Insurance Co (1925) of Australia. The case between ASIC vs. Doyle & Anor (2001) depicts the role of a director to safeguard the interest of the organisation along with the shareholders through maintaining coherence activities and decision making (Tomasicet al. 2013).

The directors cannot make undisclosed profit for the very liability of the designation of a director of a company whereas the directors need to be accounted for all the profits they drive secretly using their position and power in the organisation.

In the duty of care and diligence, the duty of avoiding conflict of interest is also considered important for maintaining adherence with the law to avoid pursuing personal interest from that designation.

The aspect of negligence from the director to perform the responsibilities can also be considered as sheer violation of the duty of care for causing peril for the shareholders and the organisation.

The case between ASIC vs. Southcorp Limited (2003) discusses about the penalty for a director to breach the duty of diligence for the shareholders. The failure of the duty of care by the director can lead to market related and investment related risks for the investors of the company.

In the case between Kokotovich Constructio ns Pty Ltd vs. Walington (1995), the court directed the possible level of punishment for the directors breaching their duties to perform the care to the shareholders and any discrepancies in their process of information disclosure can be considered as a serious offense as per the commercial law of Australia.

The section 9 of the Corporations Act 2001 indicated that the Directors should act in good faith according to the different norms laid in the Australian law and also as an employer organisation.

The directors are liable to perform their fiduciary duties for being in the position of trust of the shareholders as per the case law of ASIC vs. Fortescue Metals Group Ltd (2011). The directors should act in a manner that can be legally compatible with the designation for placing the interest of the company ahead of individual interests.

The case between ASIC vs. Stephen William Vizard (2005) has described the aspect of the duties by a director to maintain good faith and loyalty to the shareholders and the organisation.

In case of failure by any director to perform this duty, the contractual transactions by the company can be considered as voidable and this leads the director to account the organisation for profit or loss caused by the company.

As per the case law of Groeveveld Australia Pty Ltd & Ors vs. Nolten & Ors (2010), the duty of loyalty ought to be maintained as any illegal activity to use the designation for capitalizing on individual interest can lead the director to severe financial punishment and even imprisonment too (Eisenberg et al. 2012).

Apart from that, the case between ASIC vs. Mariners Corporation Limited of Australia (2015) has depicted the provisions of punishments for the alleged directors for the presentation of misleading or wrong information to the public to persuade the shareholders to invest by hiding the real information of the company.

There are provisions in the section 76 of the Corporations Act 2001 of Australia to take actions against the directors for performing misleading and unethical activities to cause harm to the organisational interest and financial wellbeing of the shareholders.

In response to this, the case of ASIC vs Hobbs (2012) can be depicted that deals with the illegal activities by the director to leak out the trade secret of the company to the competitors within the period of the contractual obligations with the company.

This can lead a director to get even a life ban to be appointed as a director in any Australian company listed in the ASX along with severe financial penalty and imprisonment (McMurrayet al. 2011).

It has been observed that the Share holders as well as the different types of the Stake holders are seen to have a good faith on the different decisions of the Directors of the concerned company of which they are an integral part.

Hence, the breach of the good faith is ethically punishable along with the section 86 of the Corporation Act 2001 that provides provision to consider the breach of good faith as sheer criminal offense.