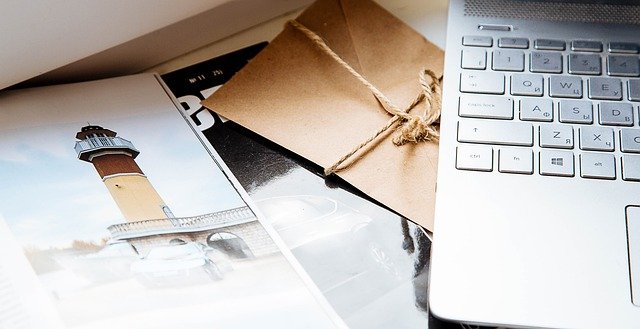 Bauhaus : The work of Wassily kandinsky

There are different painters those are born and make popular through the painting but at the same time, Wassily Wassilyevich Kandinsky is one of the most popular name in the history of the painter who become a successful person in the painting and creates a famous name across the world.

Wassily Wassilyevich Kandinsky was the Russian painter and he was also a theorist that helps him to become a most popular painter. There are different factors that work behind the success of this person and in this; make first recognised purely abstract works was the first achievement of this man that created a name and fame in the market.

Wassily Wassilyevich Kandinsky was the famous painter and he was born in Moscow and all childhood of this person was spent in Odessa. He completed his graduation in Odessa at Grekov Odessa Art School.

As well as, he is also enrolled at the University of Moscow studying law and economics successful in his profession. After completing his education, there were different offers that were provided for him by the different firms and the institutes.

In this, offered a professorship as a chair of Roman law at the University of Dorpat was the greatest offers that he ever had from his life. But at the same time, he started the painting studies and in this, there are different activities such as sketching, life-drawing and anatomy that was learnt by him at the age of 30 (Kandinsky, 2012).

In like manner, in 1896, he was settled in Munich and here he studied first in a private school and the name of this school was Anton Ažbe’s private school and after this, he looked towards the Academy of Fine Arts. He was returned in 1917 to Moscow.

After World War I, there are different things that happened in the Russian revolution and in this; Kandinsky became an insider in the cultural administration of Anatoly Lunacharsky. It also helped to Kandinsky to establish his painting in the Museum (Short, 2010).

After some years and after getting the different knowledge and the information, in 1939, Wassily Wassilyevich Kandinsky became a French citizen and here he produces some most prominent art that helps his to become a famous and finally died in1944 as a Neuilly-sur-Seine.

It is one of the famous German art school because there are different and unique awarded were won by this school in art that become a more success this school. After returning the Germany in 1921, Wassily Wassilyevich Kandinsky got an invitation from Bauhaus in Weimar to become a teacher of this art school.

It was one of the most experimental school-studio, in which for the training of masters that are applied for a new system of the education (Huxley, & Burt, 2014).

The founder of this school was Walter Gropius and for making best school of painting, there are different things like considering that the painting, architecture and sculpture, synthesis of arts, etc and these all necessary to create a building the future. In the manifesto 1919, it is also stated by Kandinsky that building is one of the only objectives of the all educational activity.

After this, Kandinsky thought during working in Bauhaus that the process of education and the painting is old let’s do something new and in this, he started the Bauhaus workshop of painting. It was one of the great and effective decisions that are ever taken by Wassily Wassilyevich Kandinsky in Bauhaus (Sherwood, 2010).

In this course, first of all students has to learn the theoretical understanding about the production workshops, paintings, fundamentals of the art, etc after that some and effective practical training will also be provided for them. It helps to make the students sharp and increase their skills and the knowledge about the paintings.  During this study, some information related to the glass, textile, wood, stone, etc are also provided by the institutes for the students.

There are different courses that are also provided that did quite effective for the students to get the clear and in-depth understanding about the drawing and the some other works related to the drawing.

But at the same time, the main purpose of this course was to teach the students about to penetrate into the essence of things and understand abstraction the basic mean of the artistic design. The one of the most common and popular things was the knowledge and the understanding of the colour.

It is because for a better painting and the development in the painting. The theoretical knowledge of colour is quite necessary for the students (Gropius et al., 2014). Because of this, in the course, the major focus was on the management of the colour.

At the same time, during this training course, it was realized by Kandinsky that for the better understanding of colour, it is needed to get the information about the colour and in this; there are some elements such as line, a plane, a point, and examining their relationships that are to be the result like point and line to plane.

After some time and during working in this institute, Kandinsky written a gift for his wife and that was small dream in the red. At the same time, this firm can also be considered as a one of the biggest example of the architecture of functionalism.

There are different paintings that are provided by Wassily Wassilyevich Kandinsky in Bauhaus and in this, below are some unique and effective paintings.

There are different paintings that are made by Wassily Wassilyevich Kandinsky but at the same time, some of the major and an effective are Odessa Port, 1898, Tretyakov Gallery, Moscow, Akhtyrka, 1901, Lenbachhaus, Kunstarealm, Munich, Rotterdam Sun, 1906, Murnau, Dorfstrasse (Street in Murnau, A Village Street), 1908, Werner Merzbacher (de) Collection, Houses in Munich, 1908 and Murnau, train & castle, 1909 that become more popular to Wassily Wassilyevich Kandinsky.

Along with this, it can also be determined that there are also some of others paintings apart from discussed above that also played a crucial role to be a famous in the painting in Bauhaus.  In this, The Cow, 1910, Lenbachhaus, Munich, Squares with Concentric Circles, 1913, Tableau à la tache rouge, 1914, Small worlds I, 1922, Circles in a Circle, 1923, Several Circles, 1926, Brown with supplement, 1935, Composition X, 1939, etc

were the major and famous painting that are made by Wassily Wassilyevich Kandinsky (Frayling, 2012).

In the time period of 1866, inspire the youth towards doing some new things was one of the major issue for any writer and the painter. It is because there are lots of efforts that are to be put to convenience the youth and especially to the students.

It also motivated Kandinsky to learn new things and also taught the new and technical learning skills but the painting along colour, line, etc. Because of this, it can be determined that there was a crucial role of Wassily Wassilyevich Kandinsky to inspire the people and to motivate the students about the learning of painting.

But at the same time, in the research of Schlemmer et al., (2014), it is illustrated that however, there is a vital role of Wassily Wassilyevich Kandinsky to inspire the students and to convenience them to get the clear understanding about the painting but at the same time, there were also different writers and the painters that also played a vital role in the inspiration of the students.

As well as, it can also be determined that there were some issues related to the culture, language, etc that are also faced by Wassily Wassilyevich Kandinsky in the successful management of painting class in Bauhaus.

There was also full sport of the other staff members of Bauhaus in the successful management of painting classes and to develop the learning capabilities of the students. Because of this, it can be determined that there was not a single role of Wassily Wassilyevich Kandinsky to make one of the brightest architecture of functionalism.

Wassily Wassilyevich Kandinsky was the great painter and art theorist in Russia. He was born in Moscow on 16 December, 1866. Kandinsky lived in Odessa in his childhood. Wassily Kandinsky completed his graduation from Grekov Odessa Art School (Cruce, 2016).

Kandinsky settled down in Munic in 1896 for further study of painting. Here, Wassily Kandinsky learned painting. After that, he returned back due to the outbreak of World War I. Then, He started teaching at Bauhaus school of art and architecture from 1922 as a master of the mural painting workshop.

At Bauhaus, Kandinsky taught here until the closure of Bauhaus school in Berlin in 1933.In this school, Basic design class for the beginners and the course on advanced painting theory, were taught by Kandinsky. Wassily Kandinsky found difficulties here because, in Bauhaus School, the craftsmen and artist were to teach and work together (Brooks, 2016).

Various painting courses were taught by Kandinsky so that artist and craftsmen can work together. In Bauhaus school of art and architecture, Wassily Kandinsky had to face cultural issues regarding painting.

Wassily Kandinsky lived in a different culture that’s why it was difficult to him to learn as well as to teach painting to students. Wassily Kandinsky also taught abstract form elements and drawing of analytic as a primary course from 1925 to 1932 at Bauhaus.

Furthermore, Abadi and Keshavarz (2016) it is stated that this was a big issue to him for teaching the students about the analytical drawing or the elements of abstract form.

The students of Bauhaus had less knowledge related to painting so this lack of knowledge of painting created issues for Kandinsky. There was the big difficulty for Wassily Kandinsky that was to convince the students for learning about the drawing and painting (Gatys et al., 2015).

He organized painting classes and workshops to convince students. Kandinsky described his color theory based on new elements of psychology form in his work shops as describe the importance of painting to the students in their lives.

With these difficulties, he had to manage himself with learning new techniques or strategy of painting which was helpful to him to innovate.

At the same time, Wassily Kandinsky had knowledge of the different technique of painting, through this technique he wanted to teach students but the students were not aware about the importance of painting so much that’s why they did not understand and tried to ignore him (Kangaslahti, 2017).

While facing these issue, Wassily Kandinsky had published a book “Point and Line to Plane” in 1926. In which he explained that point and lines are not just a line, but it is of music. He wanted to influence the people of Bauhaus so that the importance of painting can be understood by them.

Brooks, D. (2016). It Could Have Been Great: An Examination of Kandinsky’s Bauhaus Paintings and the Great Synthesis of the Arts.

Frayling, C. (2012). On Craftsmanship: towards a new Bauhaus. Oberon Books.