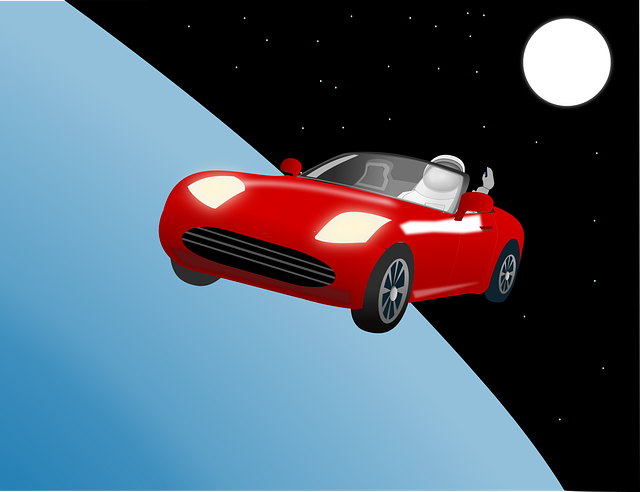 Biography of Elon Musk, CEO of Tesla and SpaceX

The role of entrepreneurs has always been significant for societies in recognizing new business opportunities for venturing and creating new economic opportunity to fuel social and economic development.

The entrepreneurial success is attributed to the traits and motivation of an entrepreneur, unique business model design, integration of innovation with technology, learn to deal with failures and to develop an attractive prospect for a successful venture (Read et al., 2016).

The objective of this report is to analyze the biography information of a successful entrepreneur to distinguish the critical determinants of entrepreneurial success to analyze a vital aspect of the start-up phase, the growth phase and the maturity phase of entrepreneurship. The chosen entrepreneur is Elon Reeve Musk who is the CEO of SpaceX and Tesla and also an innovator engineer behind the success of different ventures like SolarCity and PayPal.

Traits and motivations of the founder

Elon Musk as an innovator, product architect and lead designer for its innovative companies that have been aimed to change the world has several traits of a successful entrepreneur. Elon Musk has been the founder of SpaceX (in 2002) and The Boring Company (in 2016) and has been one of the founders of PayPal (in 2001), Tesla Inc (in 2003), OpenAI (in 2015), and Neuralink (in 2016).

One of the key traits in Elon Musk is ‘curiosity’ to know, understand and explore the ideas and world which has helped to recognize the varied business opportunities.

Also, ‘strong-mindedness/ determination’ was another trait in Elon that made him believe it his ideas and gave clear thinking to improve the venture from feedbacks and experiences to make him successful in the marketplace.

This can be illustrated by the instance when Musk faced difficulty in selling the primitive version of Google Maps that was constructed for business Musk during 1995 but did not give up instead Elon and his contemporaries went for the door to door to market these products to get a single sale.

After four years of continuous effort and product success, Elon was able to sell the start-up company ( Zip2) to Compaq for a sum of 307 million dollars and individually made 22 million dollars from the deal in 1999 (Vance, 2015, p.14).

Also, after Zip2 venture, Elon was passionate about PayPal venture and with hard work led to the start-up success and gained $1.5 billion when eBay acquired this common in 2002 (Vance, 2015, p.14).

Thus, another trait that Elon has is ‘passion’ in whatever he does; the intensity is never compromised. It is reported that when required the entrepreneur worked straight 48 to 100 hours to accomplish a critical project (Bendell and Thomas, 2013).

Apart from these, Elon Musk has the love for learning, creative thinking, charismatic persona, hard-working and risk-taking temperament which is identified essential qualities in an entrepreneur (Hockerts and Wüstenhagen, 2010)

that has smoothened the progress of Elon in becoming a billionaire today. Risk taking ability is required in entrepreneurs as there are high uncertainty and risk associated in a new business venture (Read et al., 2016).

Elon also has a differentiating trait over other entrepreneurs like ‘audacity’ which is observed as Elon dreams big and also takes serious efforts towards his dream vision to make it happen in reality.

Elon states his life purpose and dreams big about making humans into space colonizers in Mars one day (Vance, 2015, p.5). This is evident from his venture activities for the development of the electric car in Tesla and the space company. According to Viinikainen et al. (2017), the trait of boldness is not commonly observed in many successful entrepreneurs.

The principal motivation of Elon is ‘changing the world’ which revolves around improving the products, creating spectacular products and exploring and focusing on activities that integrate engineering, technology, and innovations (Vance, 2015).

The right combination of traits in Elon Musk contributes a strong reason for the new business venture to evolve, grow and become successful. These traits make Elon a right personality that one seeks in an inspiring entrepreneur and also as a business partner for other entrepreneurs to that seek co-founders for their business venture.

Founder’s contribution to the success of the start-up

The traits and motivations of Elon Musk have contributed to the success of the different start-up in the financial services, automotive, energy and space industries.

The inherited or developed traits in Elon have been effectively utilized in believing in his identified market opportunity and in managing the responsibilities in different circumstances and keep the efforts focused and not to give up to make the business venture successful over time.

These traits have allowed Elon to manage new venturing activities and encourage innovative thinking that drives the motivation to change the world.

The hard-working nature has helped in giving continued effort to his venturing activities to make them victorious over time while the love for learning has allowed making him knowledgeable in his area of interest, space, and energy and allowed him to direct the company in the right direction.

The risk-taking ability or one can say high-risk tolerance has been supporting to Elon in pursuing his creativity and innovation risks to make the venture successful and continue to involve in new business venturing activities (Litan, 2015).

The trait like boldness has given different approach in taking the venture forward and make use of resources effectively to grow the venture from scratch to a successful business in the marketplace.

The two different types of growth strategy have been used by the Tesla Inc. company which involves the acquisition and focus on new technology investments and vehicles for internalization and diversification strategies for the success of the startup company venture.

There has been an acquisition of SolarCity and technology companies to achieve operational economies of scales (Vance, 2015). The company has made use of shared resources like manufacturing facilities and research center, distribution and marketing outlets and engineer’s expertise on electric power storage for its related diversification for its lithium-ion batteries.

Thus, the company has more focused on the related type of diversification as its growth strategy for its market expansion into new business areas by pursuing vertical diversification by making a strategic decision for the production process in its facilities.

Contribution of the strategy in the company growth

The internationalization strategy has contributed to expansion for Tesla Growth in the European market. The company took advantage of the low-cost structure by offering the standardized car model they have expertise while at the same time matched the car product with the local prevailing condition to get high local responsiveness in the attractive European countries markets like Germany,

Norway, Netherlands, and Switzerland. This has helped the company in achieving sales growth in the foreign markets by capturing the sales opportunities that were are available in the European markets (Vance, 2015). 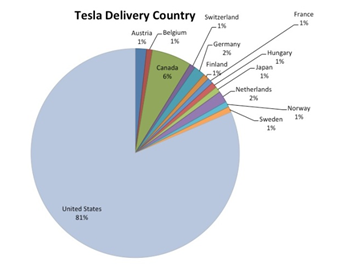 Figure 1: Tesla market outside the US (Europe and Canada)

It can be understood that the internationalization strategy used by Tesla has for its retail expansion in the European market has promoted its growth in the international market and has led to the attainment of new foreign markets awareness and knowledge in Europe.

This strategy has also given the company executives with new technical knowledge to impose their model to match the local conditions that positively supported to the growth of Tesla products and company in the international market of Europe and to seek to expand in other international locations.

According to Sharma (2016), the diversification strategy followed by Tesla gave them to give a tax advantage to offset losses in other launched products and eliminated the supplier bargaining pressure for batteries and battery packs.

It can be stated that the related diversification has helped Tesla in its growth as the Lithium-ion batteries gained instant brand recognition and credibility in the marketplace related to Tesla to achieve high sales and also helped to produce lost cost batteries at low price for automobile vehicles thus, strengthening the diversifications strategy to help in achieving company growth. 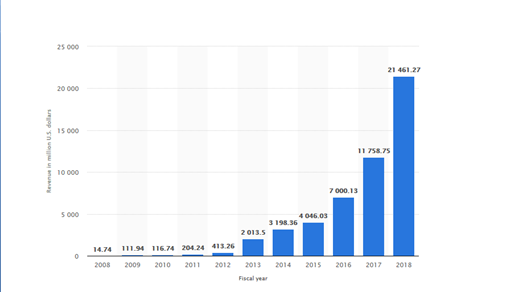 The instance of the company engaged in corporate entrepreneurship

The company engaged in corporate entrepreneurship for the development of new process and products that are sustainable with the aim to generate value for their customers and generate revenue by entrepreneurship orientation and action. In Tesla, this is evident as the management focus is on growth with the means of innovation.

Tesla has engaged in corporate entrepreneurship by its risk-taking propensity, focus on innovation, venturing and competitive aggressiveness and motivation/ desire to build sustainable products and its high commitment to environmental sustainability (Vance, 2015).

The company has been occupied in corporate entrepreneurship by forming strategic partnerships to strengthen its innovation process and open innovation for its electric vehicle products and its batteries production. Under this, in three areas the strategic alliances were formed, i.e. in research and development (R&D),

original equipment manufacturer (OEM) and automobile manufacturers like Toyota and Daimler, and suppliers like Panasonic, Lotus, and Sotira. However, it is also stated by Vance (2015) that implementation of the corporate entrepreneurship was a challenge in Tesla Inc.

Activity contribution in the company survival

The corporate entrepreneurship has been positive for Tesla in current times for supporting its success and survival in the market in creating and developing the electric vehicles for mass markets. The strategic partnership has also supported in the open innovation system at Tesla resulting in the implementation of a new venture by the company in the past (Stringham et al., 2015).

The corporate entrepreneurship activity has also supported the innovation which the new venture has helped to renew their technical and market knowledge and also to improve their existing products to sustain their business venture.

This has helped the company survival to deal with challenges of funds in the situation of high research and development cost and in dealing with external environmental factors.

It can be said that the corporate entrepreneurial activity has help Tesla in the approach of entrepreneurial transformation in making it a technological and engineering innovation company and also a forward-looking company into the future towards sustainable products.

The partnership has been supporting in balancing the responsibility towards the employees, community and other stakeholders and its growth, sales, and profits in Tesla Inc.

It can be concluded that Elon Musk was a venture opportunity entrepreneur who had the ability to recognized attractive potential venture in various industries to make them a successful business venture and sustained their growth. The traits like curiosity, strong-minded, passion, audacity, risk taker, love for learning, etc., and motivation to change the world have contributed in the growth and success of Tesla and other venture business.

Hockerts, K. and Wüstenhagen, R., 2010. Greening Goliaths versus emerging Davids—Theorizing about the role of incumbents and new entrants in sustainable entrepreneurship. Journal of Business Venturing, 25(5), pp.481-492.

Vance, A., 2015. Elon Musk: How the billionaire CEO of SpaceX and Tesla is shaping our future. US: Random House Publications.