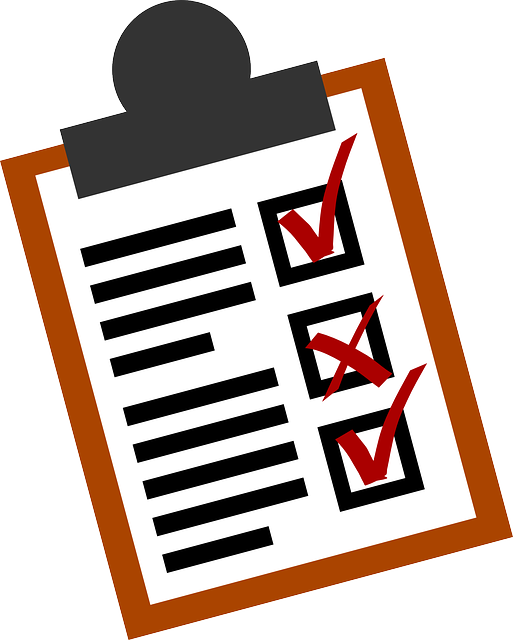 In this modern and competitive world, knowledge and competency are the two prime techniques to survive efficiently (Kruger and Dunning, 2000). Since, these two terms supports an individual to resolve any sort of challenging work within in an organization in a relaxed manner.

But, still a huge percentage of individual in this contemporary scenario are less qualified or experienced in regard to the job-responsibility. As a result, it becomes extremely frustrating as well as exigent to coordinate and work with such types of co-partners in case of a group or collaboration projects of an organization (Kruger and Dunning, 2000).

As a result, the working efficiency of the people engaged in such types of environment reduces thereby diminishing the critical thinking level and cheerfulness.

Along with this, the rate of stress at work also increases that directly diminishes the range of productivity. In regard to this, the fame and recognition of an individual reduces thereby hindering the success rate of the career.

Thus to retain a successful career, most of the individual desire to switch the jobs so as to get relief, but, still in most of the times, such co-workers had to be tackled. This is because, in actual scenario, job switching is quite hard rather than handling these incompetent experts.

As per the words of Greek (2015), such a condition is known as Dunning-Kruger effect and it is a sort of cognitive biasness but not a disorder. Such a condition arises, when an individual fails to assess the percentage of cognitive ability. The people with low thinking or assessing power cannot really analyse their degree of competency and knowledge level.

Due to which, these type of individual often get indulged in varied types of negotiations and clashes. Thus, in order to resolve such types of situations, it is extremely essential to gear the level of confidence of the lowest competent entities so as to reduce their level of errors.

The decision lab, (n.d) depicted that ‘Ignorance minimises the level of confidence more sharply rather than knowledge’. Therefore, it is the knowledge that can prove useful in recuperating the level of self-assurance of the people suffering with dunning-kruger effect.

The prime reason behind this is that the training or awareness can trim down the gaps and enhance the level of competency. Then it could be used by these individual in accomplishing the day to day work of the organization thereby augmenting the range of self-reliance.

This could lessen the rate of overestimation of abilities and the rate of expertise and talent can be boosted. In contrary to this, Dunning (2012) stated that failure to curtail the level of ego can be extremely harmful both for the employee as well as for the association.

This is mainly due to the fact that, in most of the companies of today’s era, a huge fraction of people try to increase the self-belief and buoyancy among others by highlighting their talents and skills.

As a result, despite of ample ability, the acknowledgment and respect is geared by these individual from the management board. This creates a gap or ego within the below average workers and their performance decreases sharply.

Due to this, the errors and difficulties in work increases that diminish the accuracy and the position among many other colleges within an association. In consider to this, the brand image and prosperity of the organization as a whole also lowers in respect to its competitors and hence its profitability reduces.

Not only this, the level of customers and control over the market also decreases that diminishes its competitiveness. Along with this, due to the presence of Dunning-Kruger effect within an organization, the power to develop varied types of new products from the employees reduces and hence its power to suffer any new competitor or brand shrinks (Kruger and Dunning, 2000).

Thus, in order to retain its aggressiveness, it is extremely essential for any association to implement varied types of training and developmental programmes for the workers of varying streams. This can prove effective in amplifying their inner skills and proximity in diverse segments and hence the bug of incompetency could also curtail (The decision lab, n.d.).

Greek (2015) described overestimation as a virus that occurs within the minds of the unskilled people and leads them to varied types of conclusions and annoyance. This is because, incompetency in any specific domain impedes the individual to realize it and a very problematic state arises.

In such a circumstance, the worker fails to perform and execute the responsibility in an accurate manner. This hinders the brand to satisfy its customers and thus, the rate of switching towards others augments. Due to this, the pace of attrition intensifies and portfolio of the brand worsens.

Hence, to safeguard the organization from such a situation, it is the duty of the management or the board of members to analyse the interest point of the persons engaged in work. And the reporting head also need to implement the concept of job rotation within the group so as to improve the working efficiency of the workers in all domains.

This might be useful in reducing the level of criticism and overestimation of certain employees. In contrast, it is depicted by Kruger and Dunning (1999) that the working staffs need to be assessed every day to know their positive and negative reviews while performing in a new domain.

Doing so, might be helpful for the board members in judging the height of knowledge applied by the member in tackling or working in separate domain. In respect to that, the instructions or trainings need to be modified so that proficiency or competency advances.

As per the previous paragraph, Schick and Vaughn (2010) discussed that competency helps a person to move up in the career. This becomes possible only by augmenting the skills and talent range that might be effective in reviewing others in interview board.

Against the latter statement, Sagan (1996) mentioned that failure to understand the training session might be harmful and the managers or people with high Dunning-Kruger effect might be risky for an association. Since, the risk of implementation of wrong decision might get increased and could defoliate the success speed.

Other than this, Shermer (2003) also predicted that people with high Dunning-Kruger effect also includes huge self-confident, arrogance, cocksureness, persuasiveness and intrepidness. Due to the presence of these underlining qualities, the level of social interaction and mutual friendship with others minimises and they fail to gear new knowledge from others.

Moreover, due to high arrogant nature, they fail to coordinate the right individual at accurate time in order to attain solutions from any sort of hardships. This is considered as the prime reason behind the failure of the career terms of these people.

Thus, Novella (2012) contradicted the statement and said that, proper communication is the only way to resolve such types of problematic conditions. Despite of this, there are wide ranges of individual with Dunning-Kruger effect overestimate their skills.

As a regard, they fail to recognize the expertise of others. And due to this, these colleagues fail to confess their mistakes among others. In addition to this, these people also do not try get trained from others as it can limelight their incompetency.

So, these are regarded as toxic of the firms. Although these individual are not much useful for the firms still they cannot be sacked or suspended. Thus, to retain these staffs in actual places, it is extremely profitable to offer varied types job-oriented tasks and roles so as to make them competent.

Then, these experts can be beneficial in tackling any sort of risky situation thereby harnessing the net earning rate of the assembly. Doing so can also be lucrative in ornamenting the mental condition of these workers thereby fulfilling their proficiency gaps (Critical Thinking Foundation, n.d.).

Thus, in a nutshell, it can be discussed that the incompetent people suffering from Dunning-Kruger effect fail to comprehend their lacking with the individual of similar domains and due to this, they easily get to erroneous results and make worse choices. Hence, the decisions finally taken by these workers or managers also lead to negative results and lower the fame of the company. This occurs due to lack of metacognition or high critical thinking power.

So, it is better to deal these employees, with extreme professionalism and calmness. Only then, it can be easier to handle them and utilize them in accurate work. Setting clear rules and boundaries is also effective in understanding these unskilled co-workers and recover their inner talents (Hallinan, 2009).

Without quarrelling with the individual having Dunning-Kruger effect is a very efficient phenomenon as bad behaviour can be harmful for the company. Proper communication that defines the strategies of the group clearly can be better valuable in upgrading their abilities as well as the organizational brand value and opulence in the market among other competitive players.

Greek, R. (2015). The Extreme Consequences Of Naivety And Lack Of Education In The Animal Protection Community. Part II. Available At: https://www.afma-curedisease.org/2015/december/14/essay-2.aspx Accessed on 12.12.2019.

Hallinan, JT. (2009) Why we make mistakes: How we look without seeing, forget things in seconds, and are all pretty sure we are way above average, Broadway Books, New York.

Kruger J and Dunning, D. (1999) Unskilled and unaware of it: How difficulties in recognizing one’s own incompetence lead to inflated self-assessments. J Pers Soc Psychol 77: 1121-34.

Kruger, J. And Dunning, D. (2000). Unskilled And Unaware Of It: How Difficulties In Recognizing One’s Own Incompetence Lead To Inflated Self-Assessments.  Available At: https://www.researchgate.net/publication/12688660_Unskilled_and_Unaware_of_It_How_Difficulties_in_Recognizing_One’s_Own_Incompetence_Lead_to_Inflated_Self-Assessments  Accessed on 12.12.2019.

Sagan, C. (1996) The demon-haunted world. Science as a candle in the dark, Ballantine Books, New York.

The decision lab, (No. Date). Why incompetent people fail to recognize their incompetency.  Https://thedecisionlab.com/biases/dunning-kruger-effect Accessed on 12.12.2019.