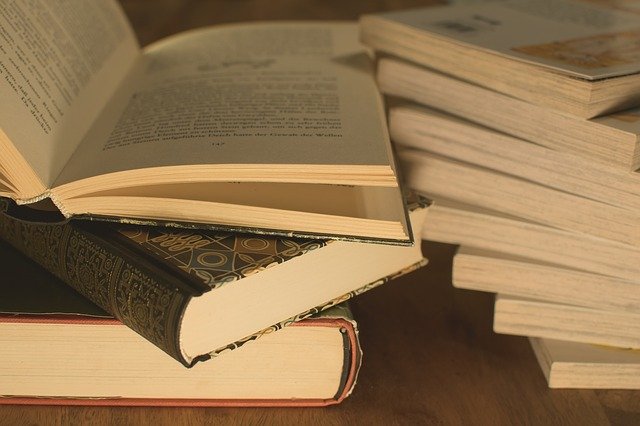 The purpose of this essay is to analyze and present a discussion for a legal case of ASIC v Adler (2002) 41 ACSR 72 which is related to breach of director duties.

In this essay, I plan to argue that Rodney Alder, Dominic Fodera and Raymond Williams of HIH, Insurance company whether executive or non-executive directors have not exercised diligence and reasonable care and have breached the provision of the directors’ duty under the Corporations Law owed to HIH and its subsidiary.

This essay covers the case key details, parties at fault, legal issues, penalties given, ASIC involvement, what can be the directors actions in case of insolvent company, reflection and learning regarding this case.

Case events, position of the involved parties at fault:  In this case, HIHC (a subsidiary of HIH, an insurance company) made a loan payment of $10 million which was unsecured and undocumented in June 2002 in PEE unit controlled via Pacific Eagle Equity Pty (PEE) and Adler Corp by Rodney Alder who was a non-executive director of HIH and a substantial shareholder in PEE (Cheng and Seeger, 2012).

The HIH founder and CEO, Williams arranged the loan and Dominic Fodera (HIH director and Chief Financial Officer) was involved in the loan transfer.  After loan payment, constituted Australian Equities Unit Trust (AEUT) under a trust deed where AEUT made investments in HIH.

The PEE was the appointed trustee for AEUT.

The PEE managed trust value was less than $10 million (Hill, 2005). HIH shares were purchased by PEE using $4 million from the $10 million. The purpose of Alder towards the purchase of the shares was for personal benefit in relation to shareholding.

However, the HIH shares were sold at a loss of over $2.1 million.

There was also purchase of shares from Alder Corporation (unlisted internet and technology companies which were Nomad Telecommunications Limited, dstore Limited, Planet Soccer International Limited) using almost $4 million and $2 million was lent as unsecured loan to Alder related entities which was detrimental to the AEUT.

Also, in AEUT three investment, there was a loss of over $3.8 million.

There was no approval from the other director/ shareholder for the required loan and no knowledge for the loan arrangement made (Cheng and Seeger, 2012). Also, Williams had regarded HIH subsidiary, HIHC to lend the loan amount to PEE.  The main parties at fault were HIH non-executive director (Alder) and executive directors (Fodera and Williams) for financial assistance done in an illegal manner.

Legal issues with regards to directors and officers duties: The primary legal issues relevant in this case were breaches of directors’ duties considering section 180, section 181, section 182 and section 183 under the Corporations Law. Under the Corporation law, the directors, officers and employees have an obligation and responsibility to comply with duties to ensure best interest of the company over self-interest and breach of duties may result in criminal and civil liability.

The breach of director duties is related to illegal financial assistance and disregard towards the party transactions as a financial benefit to PEE in which the non-executive direct has an interest being one of the major shareholders. There was an issue of related party transactions provisions breach as the loan transaction was not carried out at arm’s length under section 210.

The section 180 is related to duty of care and diligence thus; require a director to act as a reasonable person with care and diligence in the director’s role. The section 181 considers a director duty to act in good faith and for a proper purpose which is in the company’s best interest and to avoid and manage conflict of interest (Langford, 2011).

The section 182 considers director duty for not to improperly use the director position for self-gain or for giving advantage to other related person or parties or to the disadvantage to the company.

The section 183 is related to the duty to not to improperly make use of the information by director that is gained by the director in their role, position and in the course of doing their duties for self-gain or for other benefit or to the loss of the company (Lee, 2014).

It can be said that Williams in role of director has breached duties under section 180 and section 182 as there was no duty of care and diligence and did not make use of position in proper way to ensure in development of safeguard for subsidiary and in allowing the loan amount to PEE. 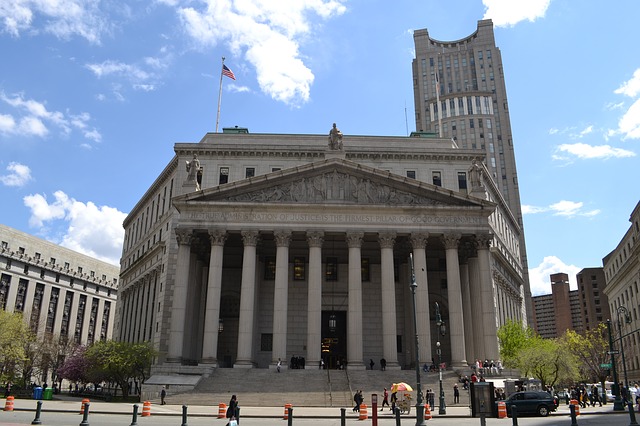 Similarly, Fodera has breached the duty under section 180 as there was no proposal made or no approval obtained to other directors of HIH for loan payment. At the same time, Alder has breached multiple director duties as there was no evidence that the director act in good faith but acted in self-interest to gain in HIH shareholding, and also gained advantage by securing loan thus, acted in an improper purpose.

Thus, the parties (two directors) face penalty up and disqualification from director from HIH as per section 206. On the other hand, Fodera was given a penalty of $5000 but was not disqualified from the position of director of HIH (AustLII, 2003).

The directors and officers should act in a reasonable and in an honest manner pertaining to the company dealings. Under the section 588G of the Corporation Act, the directors of the managing corporation owes a duty to make sure that a company do not trade as insolvent or when supposed it may be insolvent (Sharar, 2010).

On the other hand, there was a breach by director, William in relation to section 182 which requires the director to not to make improperly use of the director position to gain self –benefit or for the benefit of other (Alder).

Thus, William should make proper use of the position and take action to cease the investment in AEUT and at the same time, take action to not to trade via AUET in HIH but failed to take this action on realizing company as insolvent.

ASIC involvement: The ASIC was involved in this case as they have right and authority to intervene in company matters with regards to the Corporation Act (Du Plessis, 2003).

The ASIC was involved as the three directors of HIH breached their duties under the Corporation Act thus, was open to the element of civil penalties. The ASIC initiated proceedings against the three directors for illegitimate financial assistance and towards contravene to related party transaction provision.

From the case observers, there was interesting observation in relation to giving a financial benefit to Alder and associated entities i.e. Alder Corp. and PEE through loan payment of $10 million and also if the transaction was carried out at arm’s length that could have become Alder defense.

However, the loan payment was made with insufficient document and was unsecured thus, cannot be considered for related party transactions provisions breach for director defense (Cheng and Seeger, 2012).

Apart from the breach of directors’ duties, it was observed that other section of the Corpoartion Act was contravened. For related party transaction, the section 208 can be considered for HIH and its subsidiary, HIHC as loan payment was to give financial benefit to Adler Corp, PEE and to Alder. Under section 208, in giving financial advantage to a related party the approval of member needs to be gained as per the procedure under section 217 to 227 with exception set in section 210 to 216 of the Act.

Here, the relevant is section 210 that outlines that the related party transaction to be carried at arm’s length. In this case, the financial advantage given was also not arms length as the Trust deed for AEUT did not have adequate safeguards in situation of conflict of interest by Alder, there was no approval gained from other members and there was no full disclosure.

Also, the involvement of persons in section 208 contravention in giving related party (which can be directors, controlling entities, entities controlled by related parties) financial benefit without approval also considered for section 209 (2) contravention.

This means that Alder and William have been involved to contravened the section 209 (2) by breaking section 208 (by HIHC and HIH) and Fodera for section 208 contravention by HIH as the director has enough knowledge of contravention and did not referred regarding this to other stakeholders.

Reflection regarding the case:

It can be observed from the case that there are several issues that can result from the conduct of a director managing a company in Australia. Thus, director position and duties needs to be taken very seriously.

A careful, diligent and reasonable director would ensure that proper safeguards are present to protect the subsidiary, take action to not to make loan payment to PEE and also cease the action to for investments to AUET and by AEUT in the situation of poor cash flow and collapse of the insurance company.

Also, in this case there can be no reliance on the business judgment rule as the directors do not fulfill the requirements towards proper purpose or good faith, company best interest in a rational way and with no material or self-interest (Broomhead, 2015).

Thus, in company’s financial transaction there can be conflict of interest as well as duty thus, this case draws attention that director needs to exercise the duty of care and diligence and need not to conceal information with other board members and also require to put in adequate safeguards in situation of company being suspected of becoming insolvent.

The case teaches about the expectation of directors that manage companies in Australia in relation to their conduct for self-advantage and awareness to act in relation to the statutory and additional duties under corporation Act and also under the common law.

It can be said that the directors are expected to work and carry out their management of day to day business activities and financial management in a lawful, fair and honest manner.

The case also teaches the directors expectations in relation to making decisions and taking action in the benefit of the company and the stakeholders over the benefit of self, third party or other directors. It is also expected that the directors meets the statutory and additional duties obligations so avoid legal consequences.

The case of ASIC v Adler (2002) highlights the contravening of the related party provisions and breach of directors duties of the Corporation Act.  It can be concluded from the case that both executive directors and non-executive director are required to comply with the duty to apply minimal standard or diligence and care and to act as a reasonable person.

The directors have also intentionally acted in a dishonest manner and not in good faith. It can be concluded that directors for breach of the duties expose themselves to legal consequences which include disqualification from the position and civil penalties as they are personally accountable for their decision and actions taken.

This concludes from the case that provides evidence towards the need of the directors to be aware of the various duties and to act in the required manner in accordance to the Corporation Act.

Du Plessis, J.J., 2003. Reverberations after the HIH and other recent Australian corporate collapses: the role of ASIC. Australian Journal of Corporate Law, 15, pp.225-245.

Langford, R.T., 2011. The Duty of Directors to Act Bona Fide in the Interests of the Company: A Positive Fiduciary Duty? Australia and the UK Compared. Journal of Corporate Law Studies, 11(1), pp.215-242.