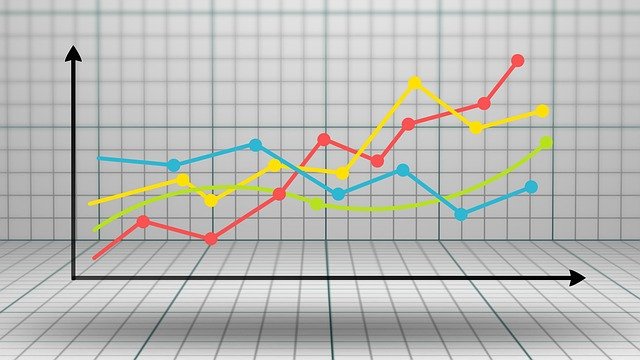 The purpose of the report is to analyse and compare the financial performance of two listed companies that are competing with each other operating in the same sector. The report includes evaluation of financial performance of the companies and their financial statements in relation to the International Financial and Reporting Standards (IFRS) accounting standard to identify and report the relevant issues. The report also discusses the implication of the IFRS implementation on each company.

The chosen companies are Wm Morrison Supermarkets Plc.and Sainsbury Plc.operating in the food and drug retail sector in the United Kingdom. Morrisons is one of the leading supermarket chainsdealing in different food, grocery and medicine product categories. It was founded by William Morrison in 1899 as an egg and butter stall (Morrisons, 2018).The company is operating around 500 stores in North and South England, Scotland and Wales. The company headquarter is located in Bradford in West Yorkshire. The mission of the retailer is to provide access to fresh food to consumers through its products and vision is to continue its expansion to reach top retailer position in the United Kingdom. In 2015, the company market share was 11%which is below in comparison with its competitor like Sainsbury, Tesco, Asda but more than its competitors like Aldi (Business Reporter, 2015). In 2017, the market share fell down reaching at 10.41 % due to in fall of prices and products become cheaper due to high competitive pressure. On the other hand, Sainsbury Plc. is another giant UK based leading retailer that deals in various product categories including both food, drugs, grocery, general Merchandise, clothes and financial services. It was founded by John James Sainsbury in year 1869 and has become second largest supermarket since 2014 chain after Tesco. The company is operating over 600 supermarket stores and few hundreds of convenience stores across UK (Sainsbury’s, 2018). The company headquarter is located in Holborn in London. The company vision is to become more trusted retailer among consumer while focusing on its strategic values related to employees, customer health, sourcing, community, and environment for future business success and growth. In 2015, company market share was 16.9 % (CITY A.M, 2015).

In order to analyse the ratio, the horizontal ratio analysis is used that compares the ratios on yearly basis. 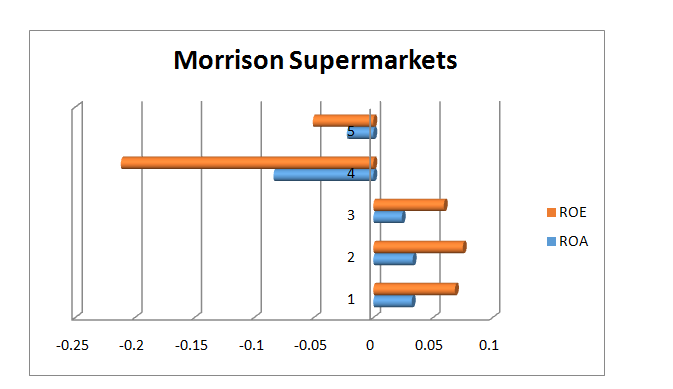 The above ratio analysis is based on previous five years balance sheet and income statements that are as given below: 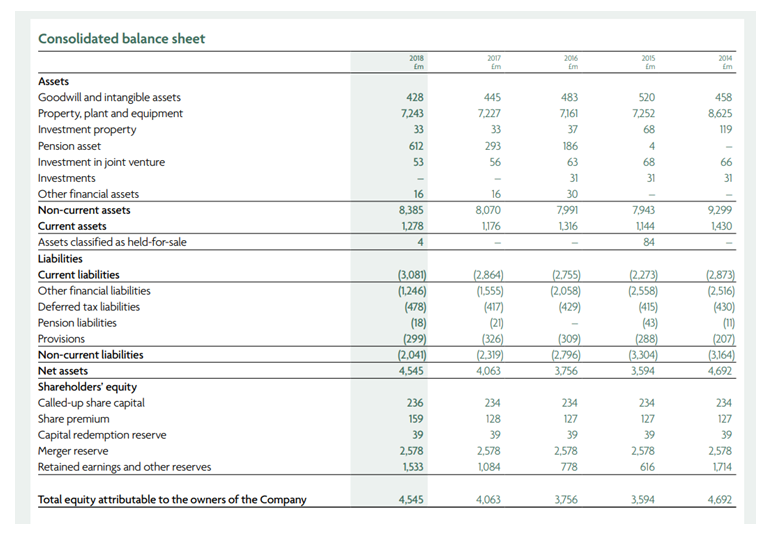 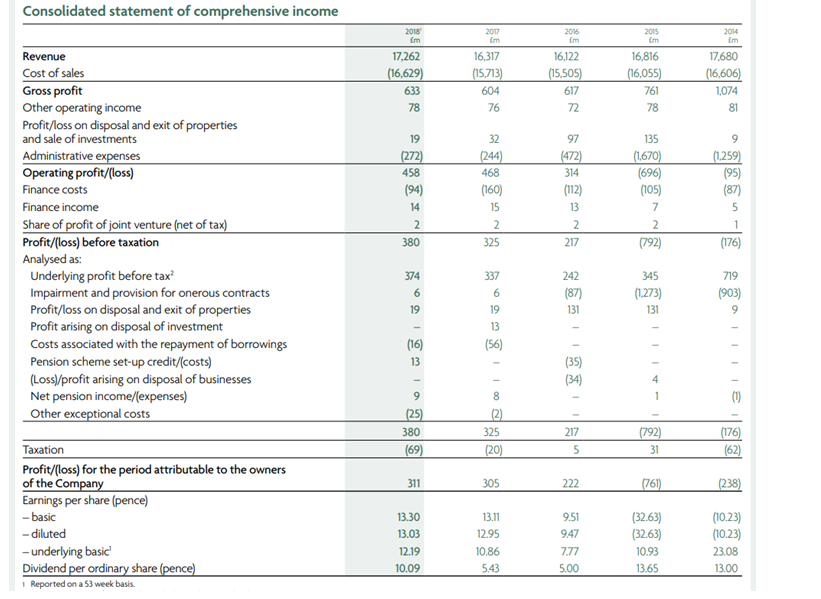 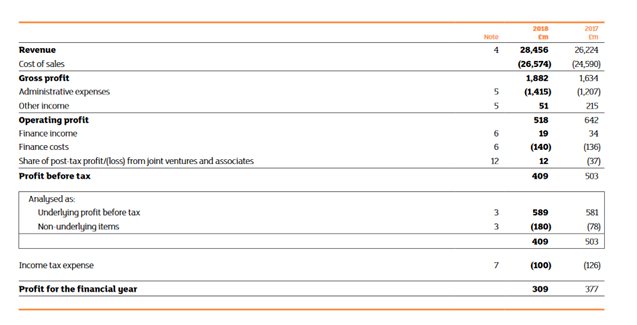 In order to analyse the ratio, the horizontal ratio analysis is used that is comparing the ratios on basis of years. 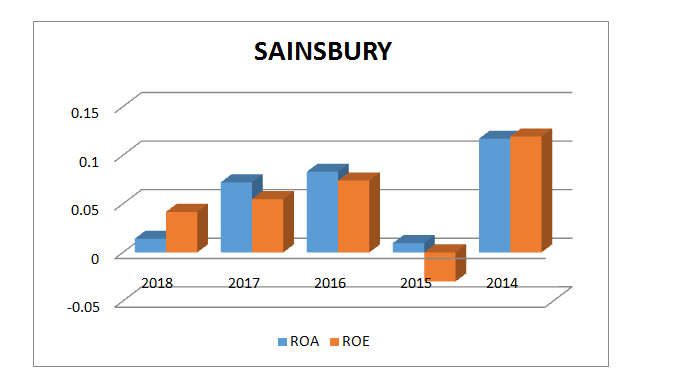 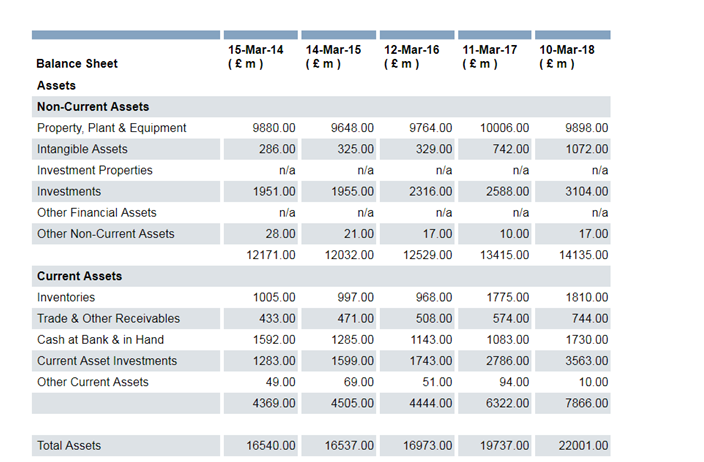 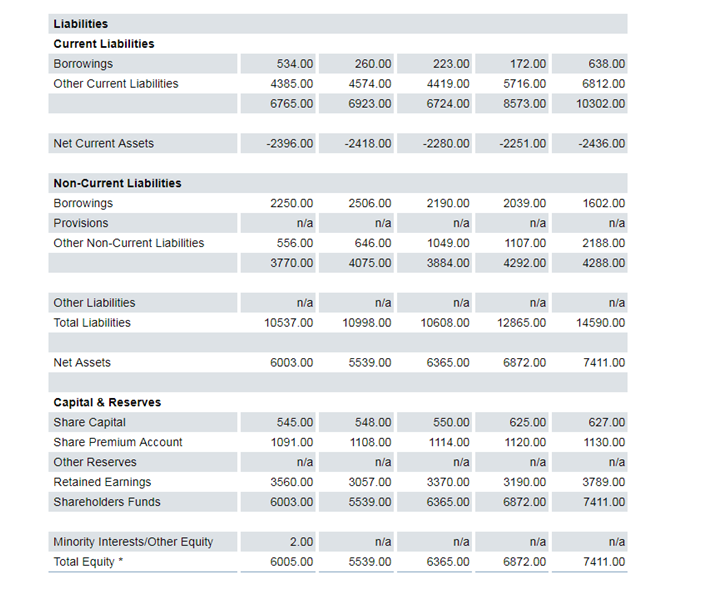 Comparison of the financial performance of both companies:

Wm Morrison Supermarkets Plc has prepared the financial statements for 53 weeks that ended in February 2018 on the basis of IFRS and IFRS Interpretation committee (IFRS IC) standard. Thus, IFRS accounting standard been adopted by the company to prepare for financial reporting. The company has reported the financial data in pound sterling and the financial data has also been rounded to nearest million. The financial data has also been disclosed to two decimals where relevant. The company has prepared ratios that are based IFRS accounting standard like PE ratio, EPS growth, revenue per share, operating margin, return on capital employed, dividend per share growth and others. The basis of preparation of the financial statements in J Sainsbury Plc for 52 weeks ending in March 2018 is IFRS accounting standards. The statements are in sterling pound and also rounded off to nearest million. The financial statements in both the selected public listed companies’ are prepared on the basis of ongoing concern and the preparation of these statements are also based on the use of historical cost of accounting rule. The IFRS standards used by Morrisons are IFRS 9 (Financial Instruments) for financial liabilities and assets, IFRS 15 (Revenue from Contracts with Customers), and IFRS 16 (Leases) for lessee accounting.  The IFRS standards used by Sainsbury are IFRS 9 (Financial Instruments), IFRS 3 (Business communications), IFRS 15 (Revenue from Contracts with Customers), IFRS 11 (Joint Arrangements) and IFRS 12 (Disclosure of Interests in Other Entities).

Discussion on reporting issues for the selected companies’ financial performance

It can be discussed that there is potential reporting issue related to the revenue recognition practices in Morrisons as though under the IFRS rules company to recognize revenue it allows the estimation of delivering cost for upgrades spread out for five years but it present issue to managers in exercising their judgments and require introduction of new opportunities to develop or intentional shift the estimates that the follow-on revenue are close enough to achieve the financial goals. Similarly, this reporting issue of revenue recognition can be related to Sainsbury as this will demand the investors to have a closer look on the assumptions made and the procedure and methods adopted by the company in the estimation of costs and also review the method used for reporting of revenues.

The reporting issue indentified for both companies is the use of alternative performance measures in their corporate reporting to measure group performance which is not recognized by the IFRS (De George and Shivakumar, 2016). The measures such are these measure are Like-for-like (LFL) sales considered to be relevant in the evaluation of group financial position and results. In particularly, Morrison alternative performance measures apart from LFL sales also includes free cash flow, underlying earnings per share (EPS), underlying profit before tax (UPBT), and underlying operating profit.

Discussion on the implication of the implementation of IFRS accounting standards

The implication of IFRS accounting standard implementation is on the overall accounting profession (Christensen et al., 2015). The implication for both companies will be in terms of the change in accounting practices and polices followed by them. The implication for IFRS implementation has been increased cost in preparation of the financial statements as per the international standards and not the local accounting (UK) standards. In Morrison, the implications are on preparation of statements which recognises the balance sheet derivative with fair value measurements and limits the use of hedge accounting (Morales-Díaz and Zamora-Ramírez, 2018). For Sainsbury, the implication is seen on foreign direct investments, full recognition given to the pension deficit and impact on accounting practices in terms of revised accounting for the cash flow for investment activities like merger and acquisitions. The application of IFRS accounting standard in the reporting has similar elements like segment reporting, non-segregation of extraordinary item in income statement and computation of earnings per share and related calculation of other financial indicators and ratios.