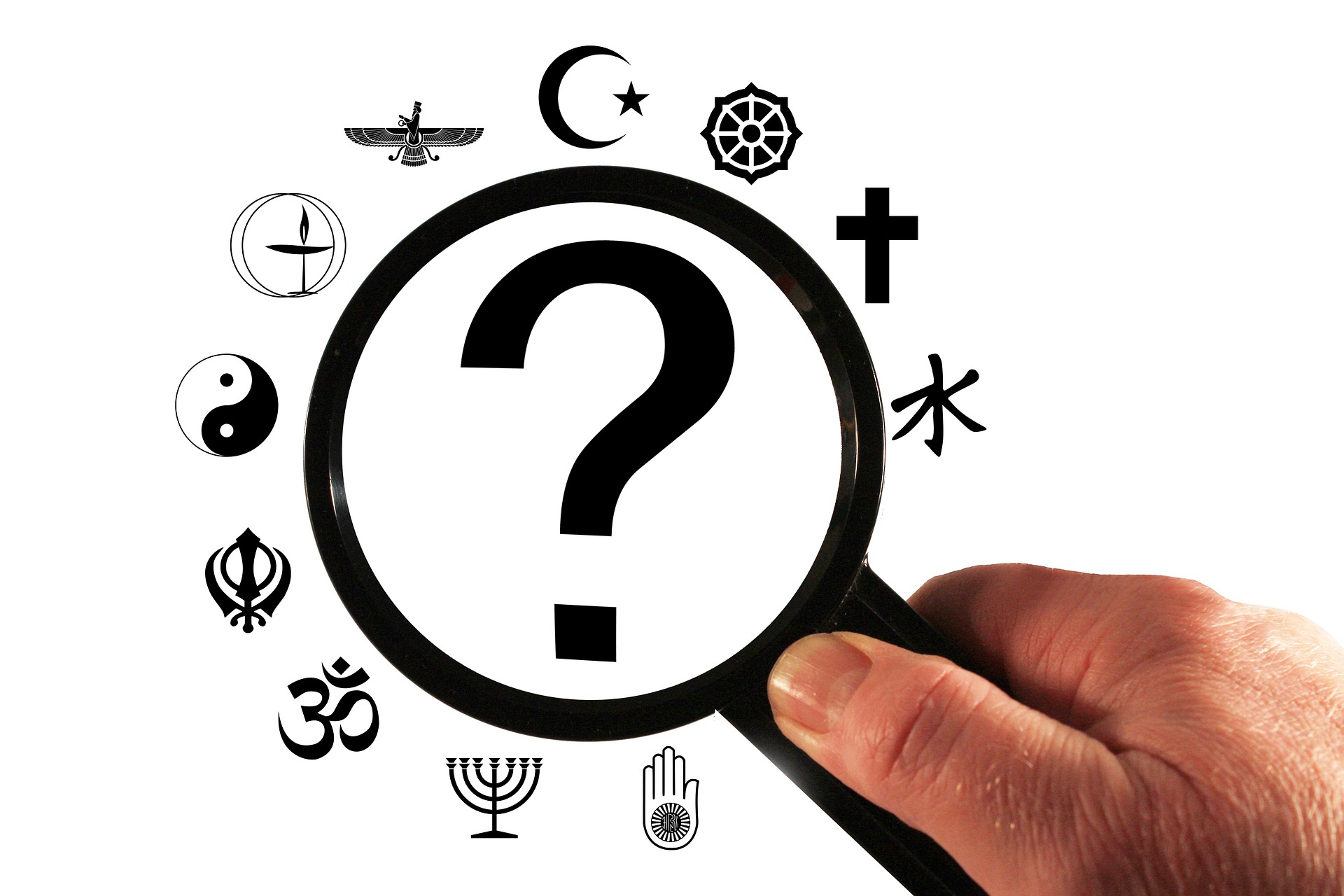 Section 1: A critical analysis of an academic journal paper focusing on the impact of tendering procedure on price formation in construction contracts: a case study of the competitive negotiation procedure.

The project is presenting a critical analysis or review of an article, the review will outline the perspective of the research and the thoughts of the author, as the discussion will be produced about the key points, findings, and methodology that are used and pretend an understanding about the article. The article is basically a case study that is about the impact of the tendering process on the formation of price within construction contracts. The author of this article is Samuel Laryea and the authors indicated that the key points of this article competitively are present negotiation procedures, tougher the observation of particular participants and some information of price is also included. The risk in pricing and perspective of tendering is also discussed by the author in this article. This critical review is divided into three sections. The first section is the introduction which is presenting an overview of the article, author, and how the critical review will be presented. The second section is presented as a discussion section with a brief overview of the key points and key facts related to the research. The methods that are used in the research, summarization of the literature review, and other points have also been evaluated in the discussion section.

The article is showing that there are different types of methods of tendering. In providing contractor competitive tenders, many kinds and bidding processes have been employed. The article explains but also illustrates that a company’s tender’s method is among the most important predictors of construction company valuations, especially the overall hazard factor. Seven different shadowing of a competition negotiating procurement process had been conducted throughout African Countries employing observations and interviews. Six contractors filed proposals throughout the initial stage of something like the competitive tendering primarily upon quantity surveyor, whereas two were chosen to make finalized concession proposals inside the subsequent stage related to the performance schedule.  It has also been found from the study that the average price of the tender was R58,646,712 found in the first round and in the second round it has changed and become around 57,151,509, which indicated that in the second round the price rate has reduced around 2.5%, that has reduced from the overall pricing levels of the contractors.

Notwithstanding slight adjustments inside the proposal accompanying text as well as the overall facility provided by both the subsequent bids, this successful company’s subsequent estimate remained 0.25 percent cheaper like its next pricing, ignoring the fact that all aggregate during the last multiple collective bargaining agreement values were 0.69 percent greater. That tender’s economic worth couldn’t have been determined due to a lack of authorization. Between initial through subsequent amendments, then it should allow for a much more comparative evaluation of affordable rates. A variety of factors that impacts selling strategies are, though almost many among those had indeed remained taken into account inside this research. Several tentative results remain offered, though. It may be that this kind of procurement method is indeed an important factor in determining investment ranges. That degree whereby that bidding method allows vertex shades to express overall ambiguity regarding the planned job appears to have been the key element defining the effect of something like the competitive bidding process affecting reasonable rates.

Hazard costing will become most realistic if procurement methods allow for more contact amongst providers and indeed the lawyer’s expert personnel. The next point to consider is how the competition negotiating bidding method affects cost development. Several phases and operations of such the tendering system provided transparency and subcontractors, lowering overall price fluctuations. Notwithstanding some recent revisions towards the initial development material as well as their guaranteed pricing structure, overall victorious contractor’s contracting authority remained 0.25 percent lower below the initial stage competitive bidding process. That 6.65 percentile charge rate remains constant. As a result, the estimated expense may indeed be connected to any decrease in affordable ranges. Hazard considerations should have been the contribution margin part descends; presuming assets are a direct amount. As the author indicates that most of the literature is not explaining property about the contractor pricing, the review of the literature is presented through a comparison about the salient issues which have occurred by the information of price. The reviews of the literature are pressing the relationship between tendering, procurement, and contracts, which elaborate that Such considerations would have an impact on how much hazard providers accept as well as distribute in overall building offers. An aim is produced in this research to examine the competitiveness in the tendering basis on the negotiation and the impact of this element on the price information procedure. Through the objective, the study is evaluating the relationship between the competitive negotiation perspective and the aspects of the price information process and how the process can be applied in the several stages of the business (Laryea, 2017). Through the data of the research, it has been found that the competition of the market has implied some impact of the levels of pricing also on the contractors. This analysis also shows that another among these causes contractors were able to provide a better affordable percentage has been due to a drop in threat prices. That competition negotiating procedure’s explanation possibilities including the conversation of the suggested technique across both the complete expert service provided an opportunity to understand its company’s reaction beforehand and, reducing the requirement, risking premium and ambiguity. The competition in the market about the pricing and its costing solicitor’s assessment amounted to R 53,741,000.00, including Taxes, which would have been 4.4 percent more than the estimated spending even below their confidence interval of 5.5 percent, and according to contract review procedure in stage one. In a way, significant discrepancy among both moreover contractor’s prediction as well as the hard evidence showing marketplace competition’s influence on price ranges constructors.

Section 2: A short essay presenting a comparison between JCT 2016 and FIDIC 2017

This essay is conducted to present compassion between the two major sections as JCT 2016 and FIDIC 2017. Here several comparisons are presented as to the perspective of the payments, how these two volumes are performing in the guiding condition, and dispute in the resolution, all these perspectives are presented in this study. Concerning incidents are that enable any Contractors to seek effort and monetary compensation, these General Comment contrasts between JCT and FIDIC agreements. These would be outlined throughout:

“JCT”— the inventory of Significant Occasions (“REs”) for the enhanced version for a timetable as well as singular listing for Relevant Issues (“RMs”) for reporting damage and expenditure.

“FIDIC”— it’s indeed included inside the agreement via into an Extended of Scheduled completing, with connection to expansions of schedule, as well as numerous different points all across that agreement in respect to payment as well as effort.

This General Comment examines various conflict management elements within Contractual obligation, with the majority now including conciliation, judgment, prosecution, or arbitrates, and also a reference to statements specified. Both arbitration provisions, as well as the JCT Guidelines in Dispute resolution (to be used within moreover JCT Development Convention or Consulting Contracts for such a house entrepreneur), are indeed taken into account (Inayah, 2021). Whilst specific arrangements appear in many of the major existing JCT contractual terms, the General Comment concentrates largely just on situation underneath either JCT Configuration with Construction Agreement 2011 and 2016 (Morbidity and mortality rate) as well as the Effect From 1 July Agreement 2011 through 2016 (Integrated development environment).

These FIDIC agreements include a “faceted” conflict management system that progresses beyond disagreement prosecution by a disagreement assessment (DAB) through peace negotiation until eventually judgment. Terms and conditions 20.2 through 20.8 of something like the Red, Yellow, as well as Silver Books of 1999, as well as the Pink Book, and sections 20.3 to 20.11 with relevant Gold Book, include the disagreement procedures (Zumeili, 2019). This General Comment examines on resolving disputes procedures of the “Red”, “Yellow”, and “Silver” Publications from 1999, including the 2010 file data nationally consistent version of such “Red Book” (usually referred to as the “Pink Book”) as well as the Gold Book from 2008. These “Red”, “Yellow”, and “Silver Books” were updated by FIDIC in 2017. Except as explicitly specified, all allusions to FIDIC agreements and/or either “Red”, “Yellow”, and “Silver” Volumes inside this Consultation Paper belong to complete version agreements.

Zumeili, M., 2019. Works within or outside the Scope of Variation Clause Under the 2017 FIDIC Red Book (Doctoral dissertation).