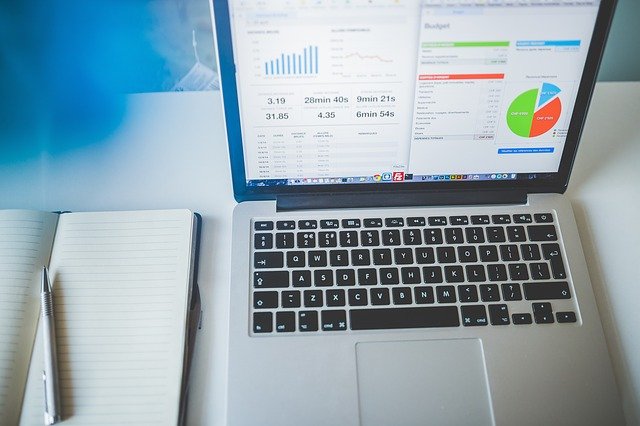 The different parties involved in the construction contract have a concern for on-time performance as any delays in performance in construction project causes overheads, large payroll and higher costs and greater chances of going over budget.

Thus, roles are defined for the parties to avoid disputes relating to time factor to get the project completion within specified time and achieve commercial success. The implications of parties’ roles are in relation to contract acts, clauses, and legislations.

Owners: The owners are sometimes clients of the construction project who have responsibility to arrange for principle designers and contractors and ensure that sufficient resources are available for different project phases on a timely manner. The responsibility lies to undertake a risk assessment to ensure health and safety of worker under CDM 2015 regulations (Martínez-Aires et al., 2016).

The owners need to certain that project contractors and designers cooperate and coordinate work activities that do not overlap project work by providing pre-construction information about project timeline.

Architect: In construction, the role of architect is judged as a powerful position for dispute settlement and balances the conflicting requirements of builders/contractors/engineers and the owners to ensure project is delivered on time. The architect has responsibility to take steps with sound promptness to avoid delay.

The project do have a specific time span but specifies no later than certain days or months after submission of designs, etc. Thus, architect are required to carry out timely delivery of review documents and approval of required project drawings,

make timely recommendations and gain approval for changes in designs, approve payment requests in time meeting with client, issue minutes of meeting documentations and respond to client and contractors questions promptly under contract documents in reference to American Institute of Architects contract (AIA) Document A201–2017.

The architect perform site inspection at regular intervals and conduct site testing activities as per the  Royal Institute of British Architects (RIBA) and  as mentioned in conditions of engagement by Association of Consulting Engineers (ACE). The substantial completion date is certified under section 9.8 of JCT by architect.

In failing to do meet these roles in completing and responding in stated time restrictions, the architect holds responsibility for the consequents for delay and cost overrun.

Contractors: Under the Construction, Design and Management Regulations (CDM) 2015, the contractors make certain that all the work activities are under control and maintained as per the construction phase plan (HSE, 2017).  Under Joint Contracts Tribunal (JCT), the clause 2.4 states that contractor should continue the construction work regularly and diligently.

This suggests the contractor role to arrange sufficient labour and material for the work progress in daily routine as per contact documents and also utilise the physical capability productively and efficiently for continuous progress of work and to avoid time delay.

Thus, under clause 2.27, the contractor has responsibility to serve a delay notice the Architect or Owner in the situation when works on any construction phase is likely to delay submit particulars on the likely impact from delay. The contactor need to complete substantial competition within the time stated in contract documents.

Under the JCT Clause 17.1, the contractor needs to issue practical completion certificate as a fulfilment of contractual obligation to give possession of site to client as owners and end liability for liquidated damages.   The JCT 2005 act also allows the ‘extension of time’ clause to lengthen the date of completion preset by architect or client (Berry and McCarthy, 2011).

However, the contractor needs to confirm the time stated in the contact documents as a reasonable period for project completion and delivery.

In the case of Jerry Bennett Masonry, Inc. v. Crossland Constr. Co., 171 S.W.3d 81, 92 (Mo. Ct. App. 2005), the sub-contractor failed to perform obligation as per sub-contact in terms of job staffing and manpower at contractor request due to work delayed by many months and the court upheld the damages against a subcontractor (Nathan et al., 2016).  Thus, any time delay in project schedule lead to liability.

The common law of negligence is referred to as tort law in Australia (Cavico et al., 2013). The negligence law include civil wrongs apart from breach of contract caused damage to persons, property, loss of business or economic interests the acts or errors of other party.

In this case, negligence commonly refers to the careless behaviour of an entity (construction workers) that bears liability for the damage in circumstances where duty is present to circumvent the incident to other entities (shop owner).

Thus, for the loss or damage to one entity is due to breach of duty of other party that caused a civil wrong i.e. lack of business activity from one day due to power outage.

To claim for compensation under the law of negligence, the plaintiff has to provide evidence for breach of duty, duty of care is to be paid to the defendant and plaintiff has suffered loss or damage (Zipursky, 2014).

The duty of care means that an entity act or action is measured against the act undertaken by other reasonable/vigilant entity in identical situation (Cavico et al., 2013).

Hence, it implies that a company may owe different duty of care towards neighbours, other business, customers and community. In this case, the shop owner can attack the negiligence elements such as corresponding duty of care, violation of duty by being careless at work and loss of actual busienss.

On the other hand, the defendant can defend by questioning  whether the caliamant suffered actual loss or any loss due to negligient act.

If the claimant prove the breach of duty by the site workers, the site owner will be legally responsible to compensate for damages in term of monetary terms to the shop owner. The site team (owner) needs to pay 50,000 as compensation for the loss for verification of the breach of duty in working hours.

This situation highlights a unilateral mistake as only the site team is responsible for the power outage that affected the shop business (Cartwright, 2009). Thus, there is possibility of tort of negligence.

Under the general rule, the site team which has committed mistake is accountable for legal obligation and is also allowed seek rectification. Also, in agreement with the general principle of Australian law, for action of civil wrong or tort of negligence by the employee act on behalf of company, there is possibility of risk of penalties and legal proceedings (Cavico et al., 2013).

The principle of liability is valid where the site owners are held legally responsible for the damage. Also, in case of any legal dispute among the shop owner and site team, the tort of negligence extends to the site owners under vicarious liability.

As in the case of Ess Kay Electronics v First National Bank of Southern Africa (2001) the illegitimate activity of employee made the company vicariously liable and allowed the claimant to recover losses from financially secure entity (Murray, 2012).

In an ongoing case of power outage as Graham v. PCL Civil Constructors, Inc. the lawsuits claims that PCL was negligient and hold responsibility to pay for financial losses suffered by business owners sue to closing of shop duing peak season in North Carolina (Scipioni, 2017).

At the same time, it is noted that even the defendant has violated the duty of care, the cliamant is required to ascertain quantifiable harm caused in actaul sense by the act, action or conduct of the defendant (Burns, 2011). If claimant fails to provide measurable losses, the court can make judgement in the favor of the defendant entity (Cavico et al., 2013).

Alternative dispute resolution (ADR) broadly covers processes such as arbitration, mediation, conciliation, neutral evaluation, negotiation and collaborative law that are less costly and less formal and confidential than legal proceeding in a court. These ADR processes aim to help the conflicting parties to resolve dispute outside court for a speedy settlement.

The construction dispute resolved through these processes can provide quick and less costly alternative over trial (Ugwu et al., 2015). Also, the court proceeding may not be best option as contractors seek to recover relationships, require greater degree of control and want to save money in resolving issues.

One such association that offers mediation and arbitration service is American Arbitration Association (AAA) (Moses, 2017).

Mediation: This process allows the conflicting parties to opt for a third-party that act as a mediator. The individual parties present the issue to the mediator in absence of other party and highlight the flaws in each presented case.  The mediator communicates the terms offered by each party.

The mediator role is to identify the issue and assists the parties in presenting facts and developing options but do not judge any party but only work to smooth the progress of a dispute resolution among parties until an agreement is reached and duly signed by both the parties (Moses, 2017).

Arbitration: This process has a close resemblance with trial. Here, both the disputing parties are in agreement to abide by the decisions of the third-party which is an independent arbitrator in the case of a binding arbitration process. Each party individually presents views, facts and evidence to the arbitrator (Fulford and Standing, 2014).

The arbitrator then assesses information and evidence provided to take decisions. However, in process of non-binding arbitration, the parties may disagree to the findings and decisions of the arbitrator.

ADR clause which can be inserted into the contract for contractor and sub-contractor can be standard arbitration clause that control for time and cost (Ugwu et al., 2015).

The clause can state that any claim or controversy taking place relating to this construction contract, or the breach will be established by arbitration governed by the American Arbitration Association (AAA) under its arbitration rules for construction industry.

The arbitration process shall be binding and judgment delivered by the independent arbitrator may be considered in any court comprising authority as mentioned.

Martínez-Aires, M. D., Rubio Gámez, M. C. and Gibb, A. (2016) The impact of occupational health and safety regulations on prevention through design in construction projects: Perspectives from Spain and the United Kingdom. Work, 53(1), pp. 181-191.

Murray, S. (2012) The extent of an employer’s vicarious liability when an employee act within the scope of employment (Doctoral dissertation, North-West University).