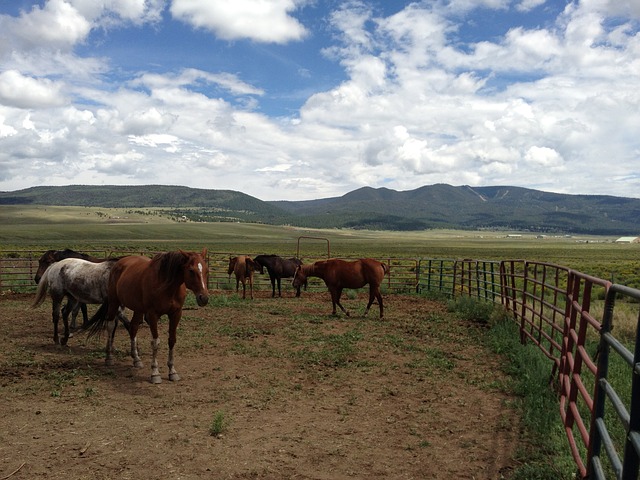 Discussion about the Environmental, Social and Governance Risks to the Business posed by the Climate Change

The key focus area of this study is to analyze the different risks related to different areas such as environmental, social, and governance within the business and these risks are posed by climate change in a particular country.

This study has a greater scope for future readers as this provides the details in regards to the several risks to the business which has to face these issues due to the climate changes without the particular country (Carney, 2015).

In respect of the climate changes, it is also mentioned that these changes can be in different forms as it includes increased heat, drought outbreaks, declining the water supplies, health impact due to climate changes, reduced agriculture yield, flooding erosion within the coastal areas and so on (Forino et al., 2015).

It includes extreme weather, resource unavailability, floods, water crisis, and hurricanes along with earthquakes etc.  These all the environmental risks are determined due to climate changes and these risks impact the businesses very deeply.

Due to these environmental risks, businesses have to bear increased insurance costs, damage to resources and the official property, and the disruption of the water as well as power etc. In this situation, the costs of the business product increases and the profit of the businesses get affected at the extended level.

This condition of social risks impacts the business’s brand image and reputation within the target market in a negative manner. In the context of social risks due to climate changes, some critical issues are included which are labor issues, human rights violation and the misuse of natural resources etc (Wright and Nyberg, 2017).

With the help of these climate change strategies, businesses are capable to reduce the impact of climate changes in terms of environment, social and governance of the business.

At the end of this study, it can be concluded that climate change has an impact on the business in terms of various risks such as environmental, social and governance risks to the business.

In a similar manner, all the risks have a different impact on the business. In short, these risks impact the business’s operations in different manners in their specific areas including environment, social and governance etc. In this concern, several climate change strategies are determined that can be adopted by the businesses while producing the products and operating their business operations in a more effective manner.

Critically review how the overwhelming dominance of the US dollar in cross-border trade transactions creates: i) unappreciated vulnerabilities for the real economy and ii) complications for policy in both the US and around the world.

The International trade is dominated by the presence of US dollars more so for economies which are developing as compared to countries which are highly industrialized and invoice higher percentage of exports in their own currencies. This happens in case of international debt as well.

Time and again many countries have tried to challenge the dominance of US Dollars but most such attempts have failed in the past. However, a country like China has attempted to challenge this dominance through Renminbi which has a growing recognition in the International Monetary Fund as well. This point only illustrates the importance of bringing in a international monetary reform which is the need of the hour.

This dominance of the US Dollar on the cross border trade has only put a lot of pressure on the sovereignty of developing countries.

Here we need to understand the fact that the monetary relations are mostly asymmetric in nature as only a few currencies are being used in the global trade, especially US Dollars. The conclusion is that the country dominating the currency which is being used worldwide has only gain while the countries of the developing world mainly are put under severe constraint.

There are two major factors illustrating the anomaly, mainly international debt issuance and invoicing of international trade. (Grassman, 1972), had undertaken an empirical study which helped to identify the main pattern through which the international invoicing was done. This provided some groundbreaking insights into the above process.

Another important point already mentioned above that is International debt issuance has also been a subject of many a researches and one of the most pioneering on the same subject was the research done by (Eichengreen, Hausmann and Panizza 2002). Also as per the study undertaken by (Cohen, 2000) most of the developing countries go for the top international currency for their international debt and cross border trade.

As a result the US Dollar has gained strength since the past few decades. For many developing countries this has been a difficult time as they attempt time and again to define international debt and international trade in their own currency.

The International trade as we already mentioned is dominated by the top currency always and this results in vulnerabilities in the economic scenario. In 1968, Sven Grassman illustrated the fact that an exchange involving developed or highly industrialized countries will result in a symmetric relationship.

Dominance of the Dollar in international trade has only grown stronger and has not moved an inch towards rebalancing in favour of the currencies of the developing countries. As per (Kamps, 2006), a lot of industrialized countries have been able to invoice in their own currencies.

However, one point to be considered here is that in spite of the attempts of the developed countries, there are a few countries, where the US Dollar has been steadily gaining ground such as France, where the share of US Dollar rose from 9% in 1974 to 18.6% in 1995 and in 2012 it reached to 38.5%.

In Australia as well, almost three quarters of the exports were invoiced in US Dollars and even New Zealand also mostly exports in the above currency (Fabling and Sanderson, 2015).

As per developing countries, US dollar has maintained a very strong position as per data gathered by (Lai and Yu, 2014). The US Dollar accounts for almost 80% of the trade in both Asia as well as in many Latin American countries. The financial structure of these countries are already pretty vulnerable as firstly their currencies cannot be converted as also their export scenarios are predominantly dealing with primary products.

The issue of the national currency which is non-convertible results in a major drawback for all developing countries as it results in restricted access to the national currency which in turn does not help the international trade. The above restrictions are however very important as they help to maintain stability especially in countries where the financial systems are as yet immature(McKinnon and Schnabl 2014).

As we have already inferred that the developing countries are specialized in the primary products it also implies that competition is mainly driven by the prices alone. As per (UNCTAD, 2014), it is generally seen that the commodity prices are in fact much more volatile when pitted against manufactured goods.

It is obvious that in such circumstances, the producers are left with no choice but resorting to hedging of instruments. What they then need is financial services in which the best are available in international currencies wherein the US Dollar tops. The use of the hedging instrument is that provides a kind of insurance that buyers and sellers need in order to go for international trade.

This results in the various entities from developing countries being pushed into the adoption of the US Dollar standard. Another point to be noted here is that a large number of the international firms are from developed countries and hence they do their invoicing in their own currency which is mainly US Dollar.

The increase in global trade has not resulted in the diversification of the monetary practices at all. In fact although new players are increasingly being added to the global game, they are ending up adopting the existing monetary policies.

We have seen in the past that any attempts at promotion of US Dollars have not been successful at all. In fact such failure is evident in the case of Iraq, when before his overthrow, Saddam Hussein began the invoicing of Iraqi oil in Euros or we could also consider the case of Iran wherein usage of non-dollar currency has only created difficulties.

Venezuela has tried to challenge the existence of US Dollar in Latin America. In developing countries, the standardization of the US Dollars has resulted in a very tangible hurdle and it makes the cost of operation way higher for the players involved.

Also the foreign exchange fluctuations are a major point of concern resulting in real time constraints on revenue forecasts as well as the pricing. In fact the developed countries have also miserably failed in this regard time and again. The Deutsche mark, the yen and euro have tried and failed to replace Dollar from the position of number one currency of trade(Faudot and Ponsot, 2016).

The continuous dominance of the US Dollar in the international trade out of the 151 currencies of the world has many repercussions on the economic policies of the world as well. Any change negative can result in a spillover of large proportions in the global economy.

The simple logic here is that a country that has borrowed in US Dollars would issue the debt or take out the loan also in US Dollars which also means that they are paying much more in their own domestic currency.

This results in a lot of pressure on the corporate balance sheets and in fact result in the devaluation of the firm. The spillover effect is that the firm would not be in a condition to borrow soon again and that would also affect its production, hiring and investment adversely.

Overall the growth of the country shall be affected. The US Dollar dominance can result in complete dependence of the countries of the world on the currency and any change can not only affect the US Policy but the world policy as well as the recession of 2007-2009 indicates.