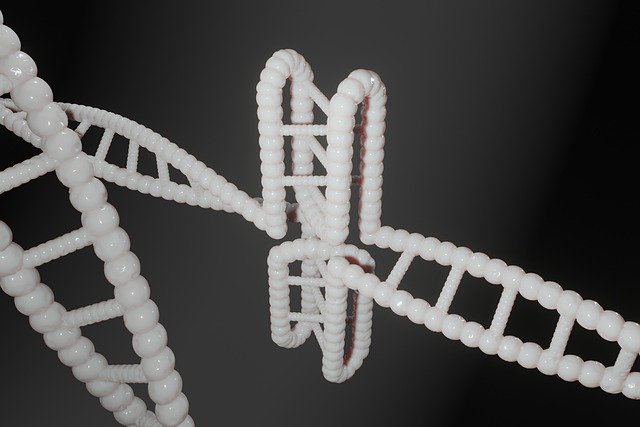 “DNA is like a computer but far, far more advanced than any software ever created”– Bill Gates. DNA is a hereditary material to transmit generation after generation in a potential manner for assuring stability for living beings. It is comprised of nucleotide polymers to carry genetic information with the active help of chromosome.

General structure of DNA has three major components such as nitrogen bases (purine and pyrimidine), a sugar (deoxyribose in nature) and a phosphate group at the end. Thesis statement of this essay is to deliver compact information about DNA regarding its structure and function with a suitable elaboration of the special characteristic of this biomolecule.

Three-dimensional models of DNA was discovered by Watson and Crick in 1953 that have postulated about the right-handed double-helical structure of DNA in a transparent way. In addition, this discovery has also proved that the backbone of DNA is hydrophilic in nature with the phosphate group in the exterior position.

Along with this, nitrogen bases are stacked in the interior part in a close manner and perpendicular to each other by hydrophobic interaction. DNA macromolecule is structurally and functionally complex due to supercoiling property of it (Lech, 2016). On the other hand, the duplex structure of DNA has consisted of major and minor grooves to retain both of the strands in the same plane. 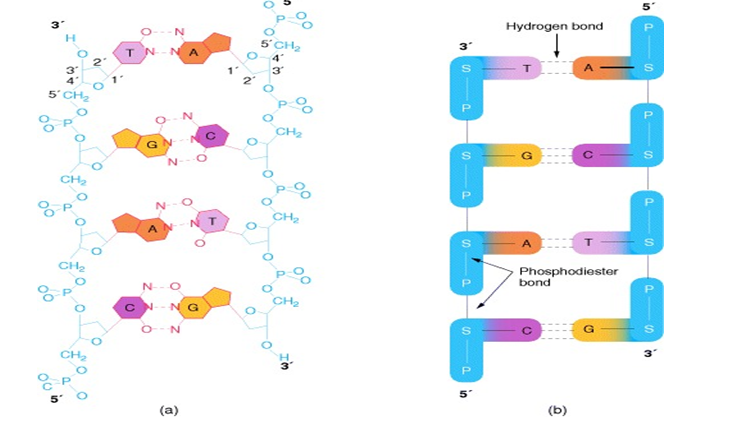 DNA is composed of major four types of nitrogen bases such as Adenine Guanine (double-ring structure) and Thymine Cytosine (single-ring structure). In addition, the polynucleotide chain of DNA has shown specific base pairing that is universally correct (Xinget al. 2018).

As the DNA strands are anti-parallel in nature, two strands are complementary to each other and thymine has shared paired with adenine where guanine is coupled to cytosine. This complementary nature of DNA facilitates duplication of this molecule as separation of two strands evokes synthesis of new strands. Therefore, action of all enzymes is effective to ensure generation up-gradation in a proper manner under any circumstances. 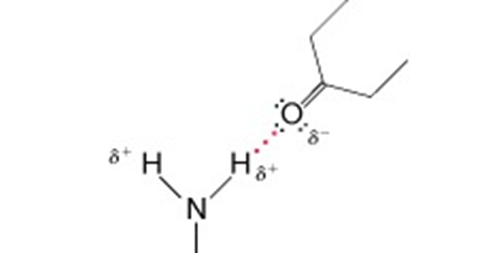 Denaturation and renaturation are two major scheme of DNA that have to be performed for both the functional and structural liability of this molecule. Melting temperature of DNA can be defined as the situation in which half of the strands of DNA has separated into a single strand. Generally, 130 to 190 degree Celsius has been assumed as the melting temperature of this biomolecule and it indicates the stability of the structure (Ritort, 2018).

As per the outcome of modern research, it is clear that there is a slight difference between chromosomal and mitochondrial DNA. Mitochondrial DNA is a hot topic of biology in present time because of its special features and high copy number. Scientists are focusing on this maternal molecule to develop the field of cell and molecular biology in an attractive way. 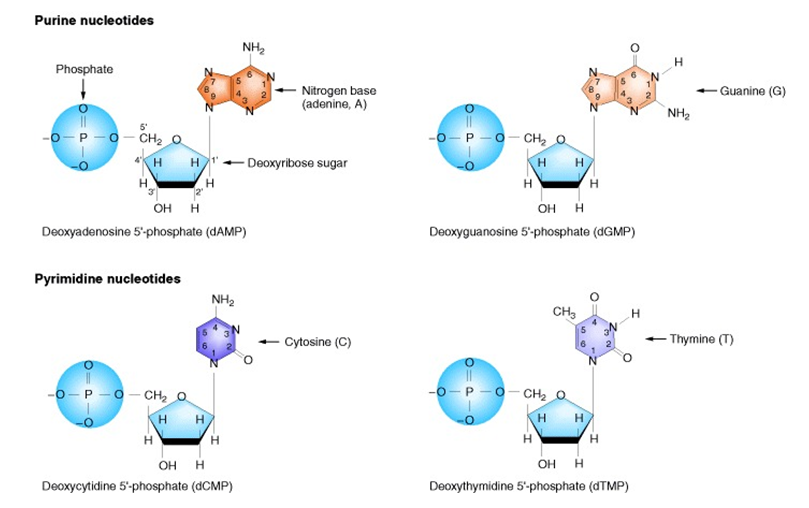 Structure of DNA has incorporated special property to it with a virtue of special characteristics for the general stability of functions. Complementary base pairs and opposite direction of Strands of DNA is a suitable structural backbone for transmitting genetic information from one generation to another (Luoet al. 2018).

In addition, hydrophobic bases of DNA protect this macromolecule from outside aqueous environment and replication has also been performed without constraints. Along with this, excessive hydrogen bonding of bases provides stability to this structure.

On the other hand, stacking of bases one after another in a plane delivers more stability for this structure as thymine is a non-reactive methyl group that shields DNA from biological and chemical attacks. Henceforth, this structural virtue makes DNA potential biomarkers of genetics for all living organisms.

Three major functions have been performed by DNA in case of living entities to fulfil the need of heredity in a correct way. The first crucial function of DNA is to apply genetic makeup through cell division in a faithful manner. This has been accomplished in an ethical manner due to suitable structural feature of this molecule. Followed by this function, DNA has constellated protein expression of any organism (Arnold and Kunte, 2017).

This has been acquired with the method of biological coding at the interior part of the body as information from amino acid has deciphered by nucleic acid. Finally, the mechanism of mutation has also been accomplished by DNA to put genetic variation for an evolutionary purpose.

This study concludes that DNA is a vital material for living beings to assure suitable inheritance purpose of genetic information delivery. In addition, it is a sustainable molecule to help forensic purpose with viable liabilities.

Along with this, stage of modern cell and molecular biology has controlled by DNA as organism level development has been incorporated by this material. Moreover, health and identity of individual can be moderated by DNA macromolecule to serve the sector of biotechnology and pharmacy with scientific manipulation.