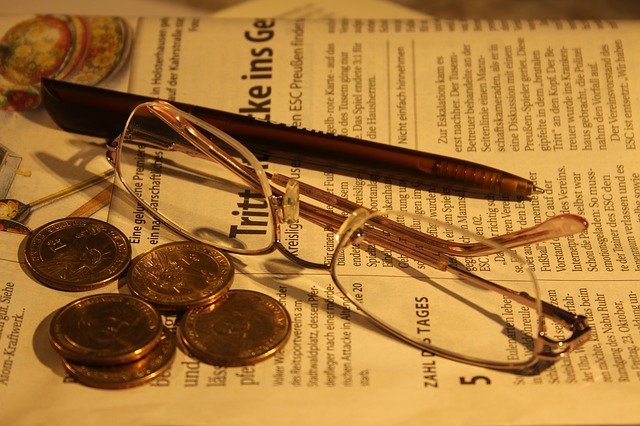 The field of ICT is playing significant role in today’s society. With the growing popularity of social media site and cloud computing services, the use of technology has increased in organizations to obtain quick and accurate information for strategic actions and decisions.

The profession of ICT demands the professionals to operate in a responsible and ethical manner as the primary obligation (Kizza, 2010). Thus, it is essential for the ICT professional to consider the possible consequences of technology use for an organization or for the broader society.

The purpose of the essay is to identify and analyze an ethical issue in a media article in the field of ICT.  The essay reflects on the classical ethical theories for the ethical issue to develop arguments and form ethical reasoning. In this essay, recommendations are made on the basis of article analysis as an attempt to resolve the identified ethical issue.

The media article chosen identifies a controversial situation in the field of ICT profession. The article highlights the professionals of hacking site to be responsible of hacking offences for unethical use of technology for hacking the customer database of a business competitor, hacking into whatsapp account and to change/boost the grades (The Sydney Morning Herald, 2015).

The article points to the invasion of the privacy of the Australian buyers and personal privacy and other unlawful activities which points to ethical issues like security and cyber crime.

In this article, the issue of internet privacy is observed which indicates the security issues and disclosure of the user information and personal details without informed consent. Information technology role in this article raise ethical as well as societal issues due to impact on privacy and cyber-crime activities.

The use IT to obtain information for business and personal reasons without authorization raises question on privacy aspect (Altman, 2011). The hackers have disclosed the information of other web users for the demands of its customer’s for wrong purposes and have invaded the privacy of individual and organizations which raised the ethical issue for the confidentiality and security aspects of information from unauthorized access.

The ethical issue of privacy has violated the ethical rule for informed consent.

Thus, it was clear that through the rent a hacker site, the cyber technology generates issue of security and privacy which further draw attention to the cyber-crime issue.

It is therefore, essential to analyze the ethical dilemmas in IT technology such as issues of privacy, security and cyber-crime to establish ethical values from different ethical theories like utilitarianism, deontology, virtue and social contract that can underline the morality aspect in the field of ICT profession.

To support the ethical issues from the perspective of ethical theory, the core principles of act utilitarianism can be applied to understand that hacking is morally wrong. According to utilitarianism theory the decision of the act to be moral or not depends on the consequences of the act on maximum individual.

The act is moral when total goodness is achieved for everybody concerned in the act (Woodard, 2013). It can be said that the husband whose Watsapp account has been hacked for or the business whose buyer details have been leaked illegally would not be happy by the compromised network.

This activity by hackers voids the maximum goodness principle of act utilitarianism. Moreover, this kind of illegal hacking from unauthorized access and without an informed consent will not result in a positive happiness outcome.

The ethical theory of deontology lay down rule to differentiate from wrong and right. According to this theory, the act which is done based on obligation and duty is a right action (Yazdani and Murad, 2015). In simpler words, an action is right to be called ethical if it follows universal moral laws to safeguard against harming other entities.

This article demonstrates the action of hackers does not value an individual person concerns and pose a risk to physical privacy and personal contact details. Although the action of hacking into others account is done from the sense of duty but it is not protecting against harming other individuals as the information hacked for the business purpose can lead to misuse of information and this information about the pricing strategy Australian business can be sold to other parties to cause business loss to the rivals.

The deontological ethical theory underlines the nature of the hacking act in this article which is a wrong action. On the contrary, another  deontological moral theory known as the Kant’s theory support the hacking act to be correct as the theory views the  aptness of an action relies on the fulfilment of obligation or dusty irrespective of the cost or consequences of doing the act (Woodard, 2013).

Hackers are hacking account to obtain information demanded by its customer as an act of fulfilment of the duty towards its customers payments. According to the theory of social contract, an individual moral obligation depends on the agreement between individual, organization or government in context of origin of society (Yazdani and Murad, 2015).

This theory partially favors the hacking act to be ethical as the professionals agree to obey to hack into others account or personal details for mutual benefits. However, this social contract does not develop moral behavior in the professionals.

Another ethical theory of virtue ethics emphasize on the moral character for ethical thinking without consideration for nature of act or its consequences (Hursthouse, 2013). From the perspective of virtue theory for the information technology, professional ethics of the hackers is considered in deciding the act to be moral or not.

The hackers have full-filled the duty without ethical thinking and have performed activities that were illegal and unlawful which counter the safety of individual, business or Australian public. Thus, in this hacking act the professionals do not depict the goodness of the individual character which is fundamental to virtue ethical theory and the act is wrong by the virtue possessed by professional.

It can be said that in this article, the ethical conduct is lacking which requires reflecting on the implication of actions which is hacking activity by hackers on its customers and others in social system.

The ACS code of ethics sets standard for the ICT practitioners to adhere to principle of the honesty, proficiency, professionalism, professional development, quality of life improvement and dominance of the public interest (Venables et al., 2014).

Thus, this article points that the professionals in the ICT field must take initiative to take account ethical commitment for the ethical implications in the use of technology for its customers or for society so that no significant person is negatively impacted by the action.

It can be said that the information technology continually evolving field providing advantages to society but leading to ethical problems of cyber-crime through data security issues, confidentiality issues and invasion to personal privacy as observed in the article.

This stresses on the management of security to be the core responsibility of the ICT professionals and IT-enabled business organizations (Altman, 2011). It can be suggested that security tools and policies are effective way to certain the safety and confidentiality of personal or professional information.

Moreover, security features like use of encryption, information system controls and audits tool maintains the integrity of data resources to minimize security losses, misuse of information and frauds.

From the analysis of the different ethical theories, it can be concluded that assigning a specific moral code is a complex task in the field of ICT. The concerns for privacy and security of the individuals are an ethical issue in hacking based on ethical theories.

The security management is recommended as the security control measures are morally important to safeguard the interest and privacy of individuals and deal with issues of confidentiality. It is therefore, essential for the ICT professionals to seek consequences and protect the individual privacy right in the use of information technology.

Venables, A. T., Tan, G., & Pradhan, S. (2014). A collaborative framework for a cross-institutional assessment to shape future IT professionals. Issues in Informing Science and Information Technology, 11, 215-223.