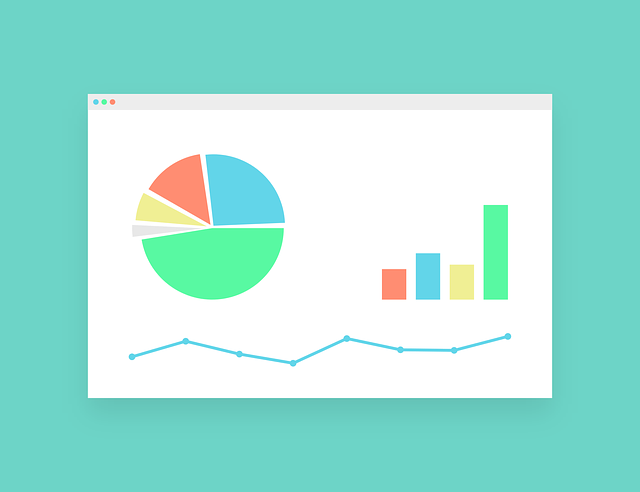 The purpose of this law essay is to research and answer on the tax treatments for foreigners that are investing in the agriculture businesses and the related implication for these entities in the context of Australia.

These tests are the resides test, domicile test, the 183 day test and the commonwealth superannuation test and if an individual do not satisfy any on these residency test then an individual is considered to be a non-resident in Australia for the tax purposes (Australian Tax Office, 2017).

This is highlighted in the recent case of Harding v Commissioner of Taxation – [2019] FCAFC 29 where it was held for an Australian expatriate, Mr. Harding as a resident of Australian based on the tests who  live and work outside Australia (Jade, 2019) .

On the other side, it can be said that a foreigner in relation to tax aspect is a temporary resident or a foreign non-resident.  Under the subsection 6(1) of the Income Tax Assessment Act 1936, a person is resident who resides in Australia, domicile is in Australia (except place of abode is outside the country), been in

Australia for more than one half of income year and is an eligible individual for Superannuation Act 1976 purpose (Xynas, 2011). Also, the income tax ruling IT 2650 is concerned with the residency concern for the income tax laws purposes in Australia (Steen and Peel, 2015).

Under the Australian taxation law, the foreigners are defined as an individual that is not an ordinarily resident in the country thus, not a resident of Australia for the purpose of tax and an individual whose domicile is not in Australia and had not been in Australia either continuously or occasionally for a period of more than one-half of the year of income.

For agricultural business investments, the foreigners need to follow Foreign Investment Review Board (FIRB) rule to get a no objection certificate and also to notify the FIRB towards investments that is more than $15 million for non-residents or foreigners. Without FIRB approval, there are fines and penalties that need to be paid which can range from $45,000 to up to $135,000 and there is also a chance of imprisonment of 3 years.

The corporate tax rate in Australia is 30 percent for all companies in Australia which is higher from several countries when compared internationally. The Income Tax Assessment Act 1936 is the statutes under which the calculations of income tax take place.

Under the section 6-5(3) of Income Tax Assessment Act 1997, it is stated towards the non-residents assessable income which includes ordinary income that a non-resident or foreign business gained from all the Australian sources in direct or indirect way and it also includes other ordinary income for the income year based on other than having an Australian source (Richardson and Lanis, 2007).

The foreigners in Australia are only taxed on their income that is earned as well as sourced in the country. Thus, for tax purposes, a foreigner needs to declare for any income such as from employment, rental, capital gains on the Australian assets and pensions and annuities earned in Australia.

The capital gain in Australia needs to be included when signing the sale contract for foreign resident. There is also no payment towards the Medicare levy by a foreign resident in Australia. On the other hand, the all-inclusive incomes from all the sources are taxed for the Australian residents.

Thus, it can be said that there is no tax-free threshold for foreigners that means that the first $18,200 of foreigner twelve-monthly income is taxed while for Australian residents this income of the yearly income is not taxed.  Thus, it can be analyzed that for foreigners as ‘non-resident’ there is a notable difference towards the tax treatment when compared with the Australian residents.

Apart from these, there are few tax regimes which have been put in place to promote the investments by foreigners in the agricultural sector in Australia.

These are MIT regime which stands for managed investment trust, and the IMR regime that stands for the investment manager regime. These systems are made available to the tax payers to develop a favorable tax environment to encourage foreign investments in the agricultural assets in the country.

There are also tax concessions in the area of substantial agriculture operations in Australia such as write-off for a period of 3 years on the water facilities expenditure, insurance recoveries for livestock and land care operations deductions (Wolters Kluwer, 2013).

The MIT regime is useful in reducing rate of withholding tax which is commonly 15 percent and in certain cases can be 10 percent for foreigners (Sadleir and Mahony, 2009). These include instances like rental income distribution for investment in agricultural land and capital gains distribution in Australia.

Implications of indentified tax treatment for foreigners: The tax treatment disparities can create an incentive for foreign tax payers to develop a preference to be taxed outside Australia and can pose an implication on their decision to structure for an investment in Australia.

The tax rate for taxable income is also on higher side for foreigners. Thus, it can be discussed that this rate on a higher side can make it difficult for the agricultural sector in Australia to attract foreign investors and can result in agricultural looses and the loss of income from these foreigners individuals or corporations.

Another implication is that foreigners doing business in Australia are not eligible for tax-free threshold thus, from the first dollar is earned to last dollar their income is taxed also there is no incremental rate of tax up to  $90,000 and only a straight tax rate of 32.5c for each $1.

Also, as there is no Medicare levy is being paid by the foreigners in Australia thus, they are not eligible to claim the benefits of Medicare. Thus, it can be said that foreigner are not entitled to claim tax offset that are available to the Australian residents for healthcare and in other schemes (Twite, 2001).

The MIT regime brings implication for foreigners in relation to withholding taxes on interest
such as 10 percent of any interest earned from Australian bank accounts can be withheld for tax thus; the foreign investors can the reduced rate of withholding tax under this system.

In addition, under this regime, there is removal of any ambiguity surrounding the tax treatment for investment like in shares, agricultural land, or acquisition of agricultural assets as MIT allow to create a capital account election (Wolters Kluwer, 2013) to uphold the capital gains tax exemption for the benefit realized form such investments that are not under the taxable Australian property (Wills, 1997).

It can be recommended that there is a need to carry a holistic review of taxes for foreign investors in the federal system of taxation through an independent Tax Reform Commission. It is also recommend establishing a competitive corporate tax rate in Australia to boost the investment in the agricultural business in Australia (Steen and Peel, 2015) to increase the investment appeal for the potential foreigners. Thus, for this the consideration is required to reduce the current corporate tax rate to a target of 25 percent.

It can be concluded that there is a significant cost difference with regards to the tax treatment of foreigners and the Australian residents in the country. This difference poses unconstructive implications for the foreign investors that are investing in the agricultural sector in Australia. Thus, law reforms towards tax rate are required in Australia to increase investment attractiveness for foreigners to raise the investment funds for the agricultural businesses.

Deloitte. 2018. Taxation and Investment in Australia 2018. [Online] Available at: https://www2.deloitte.com/content/dam/Deloitte/global/Documents/Tax/dttl-tax-australiaguide-2018.pdf  (accessed 27 May 2019).

Wills, M., 1997. The Income Tax Implications of a Foreign Individual Contracting to Do Business in Australia, with Particular Reference to the Concepts of Residence and Source. Bond L. Rev., 9, p.i.