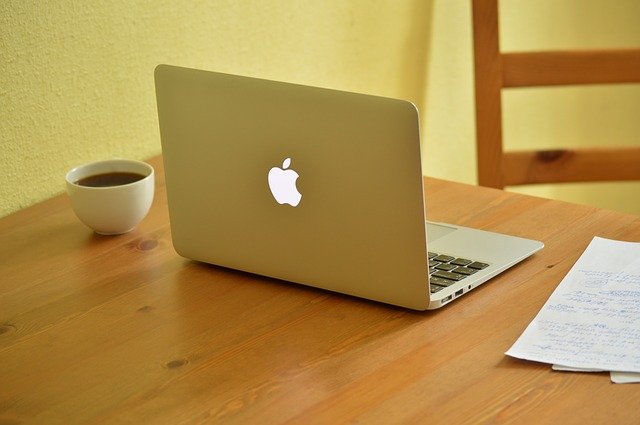 Describe how realists, liberals and feminists theorists differ in their analytical approaches to world politics, and the implications of these theories for world politics

The world politics of modern times is guided by the theory of international relations which acts as a framework for the analysis of based on the events of the theory. Realism and Liberalism are two prominent theories of world politics with feminism having emerged later.

This essay is based on the analysis of the differences in analytical approaches to world politics by the realist, feminist and liberal theorists and the implication of the theories on world politics.

The realist theory relies on the belief of the cause of conflict in world politics due to quest for pursuing power amongst actors whereas liberalism rejects power politics and stresses on international cooperation and its benefits(Maghroori, 2019).

Feminism upholds the effect of men and women in international politics and the importance of gender on shaping the global political economy(Mingst, et al., 2018). Realist, as well as liberalists and feminists, have different approaches to analyse world politics and have distinct implications in the domain of world politics.

A realist theory of Hans Morgenthau

Understanding the roots of human nature helps in understanding the objective laws that benefit in understanding human relations. Furthermore, examining the theory it has also been noticed that it helps in developing an empirical study that is related to the rational theory of foreign policy that helps in formulating and guiding the actions of the states based on the principle of international relations.

The liberal theory of international relations

The theory is based upon modern democracy which is further described as a liberal democracy with fair elections regulated with the law along with civil liberties. Evaluating the theory of international relation it has also been understanding that liberalism mainly comprises different varieties of arguments that are related to behaviour and economic connections that illustrate the violent power of the states(Mingst, et al., 2018).

The theory states the moral obligation along with the explanation that reflects upon the right of the person to life. Therefore, the theory of liberal states about protecting individual freedom by taking control of political power.

Evaluating the Feminist IR theory it has been noticed that it explains women’s marginalisation towards their decision-making, it also states the reality of women’s lifestyle that is not impacted by international relations. Examining the Feminist IR theory it has also been noticed that it states about shaping global politics alongside reflecting on their impact on the lives of women and men(Viotti & Kauppi, 2019).

The difference in the theories in terms of world politics

Realism theory in world politics concerns with the aspects of material power and security whereas liberalism is concerned with the factors at the domestic levels as the economic independence of the system(Doyle, 2018). Realism theory perceives world politics as a struggle of power amongst powerful individuals as well as self-interested states by initiating a state of anarchy.

The security of the state is given precedence in this context which also sets the framework for taking ethically flawed decisions. Liberalist theorists claim the application of reason as a means to maintain international relations in world politics to abide by universal ethics and imposition of institutional reforms for enhancing cooperation in world politics(Jackson, et al., 2019).

The liberalist theorists claim that institutional anarchy can be overcome with the empowerment of laws for enhancing equality and dignity of the individuals. The liberal feminist theorists regarding international relations put emphasis on the gender-neutral aspects and outlook of world politics by vowing for the rights of women in education as well as the economy in an equal manner(Baylis, 2020).

In addition, the standpoint feminists state that the marginalised perspectives of women are better for understanding world politics as its ability to provide deeper insights.

There is a widespread debate amongst the feminists as the postmodern feminist argue the lack of depth of the true story related to the human experience as the authenticity of the experience of the women is questioned and regarding being used for understanding the world(Eschle, 2018).

The realist theorists claim that the people are by default ethically flawed and selfish which prevents them from thinking of the greater good and harmony due to the quest for self-advantage. Hans Morgenthau being considered as a founding father of realism also advocates the quest of power of the states which are the primary actors in world politics(Telò, 2016).

Thomas Hobbes also accounted for realism as being equivalent to a declaration of war against everyone due to the struggle for power. However, the liberalists abide by the principle that the sinful behaviour of humans advocating violence in their tenure as actors in world politics is due to the effect of being part of evil institutions which advocate selfish act and harm(Gilpin, 2016).

The feminist theorists claim that the experiences of men and women are different in terms of power relations as well as social structures.

Political realism accounts for the historical conflicts amongst states in the quest of similar goals. An account of realism can be explained with the example of Lyndon B. Johnson as he initiated the Vietnam War based on negative information while trying to act as a harbinger of peace to the small nation which was defenceless itself.

The same can be attributed with the action of George W. Bush for sanctioning the Iraq war by ignoring the warnings of the sources which indicates the irrational behaviour of the two people for imposition authority and power.

On the contrary, liberalism is based on the possibility of establishing peace with them by implementing a coordinated process through institutions like the UN which is itself normal as explained by Kant(Molloy, 2019).

The liberalists reject the notion of war as being a natural condition in comparison to realists. The feminist theorists acclaim the experiences of women during war as it further expands the economic inequalities as they are forced to work without pay.

Implications of the theories on world politics

Based on the pieces of evidence gathered from the examination of realistic theory it has been noticed that it has significant implications in world politics that are based upon nation-state and other individuals such as organisations.

The implication that has also been identified with the examination of the realistic theory is that in world politics it explains human beings along with egoistic and desire power(Molloy, 2018).

The theory of Morgenthau also explains about the implications that state that society in general and is governed by laws that have its root deep inherent in human nature. In world politics, the realistic theory is set out by goodwill that emphasizes power over morality.

Identifying the liberal theory and its implication on world politics it has been understanding that democratic states are mainly prioritised based on restraints on power. Furthermore, it has also been noticed that the theory of liberal explains about free trade and capitalism in world politics through the assertion of the world trade organisation.

Evaluating the implication of feminist theory within world politics it has been noticed that it focuses on relationship building towards the notion of developing equality between the women and men along with designing dominating power alongside decision-making structure(Gaus, 2019).

The theory of feminist also explains that in world politics it helps in maintaining gender identities alongside motivating both the women and men in developing perpetuate normative ideas as a result of which it increases diversity and equality among the people.

Examining the theory of realism in international relation it has been noticed that it helps the world leader in managing political persuasion along with maintaining state affairs so that they can survive in the competitive environment.

The feminist theory explains about maintaining equality and diversity among men and women. Identifying the importance of theories in world politics it has been noticed that liberal theory helps in developing human rights along with maintaining free trade agreement among the countries to contribute towards world politics.

Molloy, S., 2018. Morgenthau and the ethics of realism. In Routledge Handbook of Ethics and International Relations. In: London: Routledge, pp. 182-195.