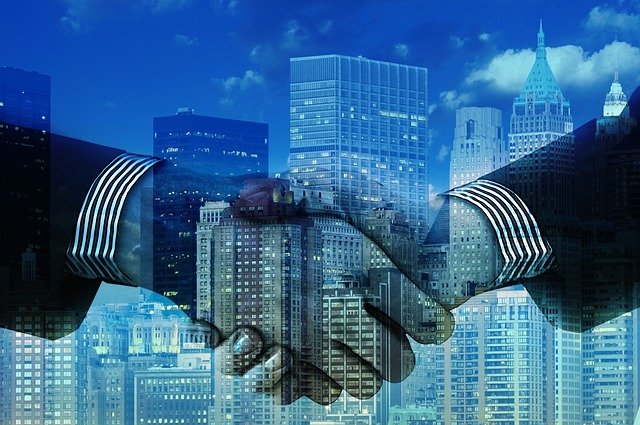 Impossible trinity is an important aspect of economic decision-making theory that mainly deals with the international economic and cash flow system. It has been observed that all the three dimensions mentioned in the impossible trinity are not possible to acquire together in order to maintain the cash flow inside and outside of the country. This essay will like to shed light on this aspect in order to acquire knowledge about this concept. The main aim of this essay is to evaluate the impossible trinity with the help of existing kinds of literature based on some themes to make the people understood about the main message and reason behind this topic.

Impossible Trinity is the conceptual structure in the international economic sectors that mainly controls the cash flow in and out of any country. This entire concept was developed by John Marcus Flemming and Robert Alexander Mundell in the year between 1960 and 1962. There have been three dimensions mentioned in the structure which are as follows-

As per the trilemma theory or the concept of the impossible trinity, it is quite impossible to achieve all the three above mentioned dimensions altogether. As argued by Kaltenbrunner and Painceira, (2017), if any country wants to remain a stable cash flow within the system, it is very important to adopt any two of these dimensions and need to exclude the third one. As mentioned by Sengupta, (2016), each of these three elements is contradicted with each other and for this reason, it is quite impossible to take all these three together inactions. The essay will try to illustrate this aspect concerning the existing kinds of literature to understand the actual consequences.

The research questions of the selected topics are as follows-

The selected themes for the essay are as follows-

It can be observed that as per the view of some economists, this impossible monetary policy helps to strengthen the economic infrastructure of the country whereas some has strongly denied this view. For example, it can be observed that impossible trinity help to fox the stable exchange rate that is it can be concluded that it has specific standards. As mentioned by Galstyan, (2018), this policy system also enables the flow of the free capital system and provides flexibility in the monetary policy system.

On the other hand, the detailed analysis of the kinds of literature has indicated that there are also some negative aspects of this international finance theory. As mentioned by Sun, (2016), this system reasons into the sudden domestic shock, especially in the economic sections due to discretion in the monetary system of the country.

As argued by Ho and Ho, (2018), this entire system is not appropriate for the domestic investors and thus they get worse affected by the implications of this system in action. If the government of any country controls the capital movement, it may pursue an imprudent economic policy which may result in the worry in a market situation. However, this impossible trinity still holds a powerful position in order to strengthen the economic structure of the country.

3.      Linking the themes with relevant kinds of literature

International trilemma has a significant impact on the country’s economic condition. As mentioned by Roy and Roy, (2016), this theory allows controlling only any two dimensions and the third one remains uncontrolled. According to Aviña, (2016), the policymakers of the country are responsible to choose among these three dimensions and thus only two are mutually consistent with each other and implementable.

For example, if any country used to follow free exchange rate in their economic policy and the central bank of the same country has decided to abide the rules of expansionary monetary policy, the country may experience depreciation in the economic condition.

In order to follow the expansionary monetary policy, the country needs to lower the interest rate. In such situation, as argued by Asongu and Minkoua, (2018), the investors will automatically pull out their money from the country and will start to invest on some other sectors with a comparatively high-interest rate.

However, under the fixed exchange rate, the Central bank used to keep the interest rate fixed and as a result of this, it creates an internal demand for the domestic currency as well as domestic assets.

Hence, according to Sandoyan and Davoyan, (2017), it simply goes with the second theme that has been selected in the research essay which illustrates that fixed exchange rate can be maintained along with the free capital flow if the Central bank interest rate can be emasculated. As argued by Lim and Goh, (2016), rate of interest and supply of money are opposite to each other and thus if the interest rate is dropped down the supply of money will automatically increase.

On the second hand, it can be observed that if the country possesses heavy restrictions rate on the pulling out of investor’s money from the country’s economic fund, then the country does not have to experience such monetary depreciation.

In short, as mentioned by Fahad et al, (2016), under free exchange rate and with the presence of free monetary policy the country needs to allow free mobility of the capital. This directly links with the third theme selected in the research essay which illustrates that free capital mobility is essential in order to maintain the free exchange rate.

Hence, the critical evaluation of the kinds of literature has clearly shown that it is not possible to get all of the facilities altogether. In the first theme mentioned in this essay, it has been illustrated that impossible trinity controls the international monetary flow. As argued by Sengupta, (2016), for the economic development of any country, it is very important to retain the domestic investors along with the domestic assets within the country.

As commented by Kaltenbrunner and Painceira, (2017), the outflow of the excess cash from the domestic system may result in the sudden economic depreciation which may shake the economic backbone of the country massively. As mentioned by Ramaprasad, (2012), in the ideal world, every country prefers to have a fixed exchange rate, mobility of capital from one place to another and also discretion in the monetary policy.

However, such kind of scenario is quite impossible to obtain concerning the current market situation. As argued by Buda, (2017), if any country lowers the interest rate, the capital will start to flow outwards to the direction of international fund of any other country. However, as argued by Sandoyan and Davoyan, (2017), the country will experience an unstable exchange rate and emigration of the capital.

Thus it directly links with the first theme that impossible trinity also controls the international cash flow system. As mentioned by Aizenman, (2019), this entire situation can be controlled only by restricted the capital mobility which again supports the main theme of the essay that is three of the parameters is not possible to achieve together. The policymaker or the country itself requires choosing the effective parameters in order to maintain economic sustainability.

There are mainly three historical events which have undergone in the negative impacts of impossible trinity policies. Mexican peso crisis (1994-1995), Argentinean financial collapse (2001-2002) and also the Asian financial crisis (1997-1998) are the three major examples where all three parameters of the impossible trinity have been incorporated and the rules set by trilemma theory has been violated.

As mentioned by Sun, (2016), Asian countries have adopted a fixed exchange rate, free movement of capital and also establishing independent monetary policy at the same time. Hence, it has resulted in the severe economic crisis for the Asian countries. However, the Asian trade balance was shifted; the investors start to quickly retrieve the money from the country and have triggered the Asian crisis (Ramaprasad, 2012).

Even in the real world example, China has adopted such kind of impossible trinity in action in order to stabilise its economic condition. The Government of China has fixed the exchange rate and has also maintained the capital flow. Along with this, China’s government has emasculated the Central bank out of the economic condition and has stabilised the economic condition (Ramaprasad, 2012). Similarly, on the other hand, in the case of Britain and also in the case of Canada, the government has also adopted another major strategy with regards to an impossible trinity.

The government of these countries has left the capital movement free but along with this, it has retained monetary autonomy (Ramaprasad, 2012). This government has also placed the exchange rate fluctuate in order to stabilise the economic condition.

5.      Strength and weakness of the existing kinds of literature

The entire essay has critically evaluated the details concept of an impossible trinity concerning the international finance market. It has evaluated the strength as well as the weakness of this policy system along with the existing pieces of literature.

The essay has developed some research questions and has also created some themes concerning the research questions; this has helped to illustrate the fundamental concept of this policy in a proper manner. The essay has also linked the selected themes with the existing literature in order to make a proper understanding of the details features of this policy along with its importance in the finance market.

Despite some weakness in the existing works of literature, the essay has tried to focus more on the strength of the works of literature and has established the thesis statement accurately. The essay has also illustrated the real-world example with the essay to explain the importance of this policy in the current market situation. The essay has covered both the historical events and the current country’s condition where impossible trinity has put an effect to stabilise the international finance market.

Aviña, C., 2016. A Brief Discussion of the Effectiveness of Monetary Policy in a Fixed Exchange Rate System With Perfect Capital Mobility and an Analysis of the “Impossible Trinity” Thesis. Expresión Económica. Revista de análisis, (13), pp.3-9.

Lim, E.G. and Goh, S.K., 2016. Is Malaysia exempted from the impossible trinity? An empirical analysis for an emerging market. Macroeconomics and Finance in Emerging Market Economies, 9(2), pp.131-147.

Sun, G., 2016. China and the impossible trinity: Economic transition and the internationalization of the Renminbi. Contemporary Chinese Political Economy and Strategic Relations, 2(3), p.1049.