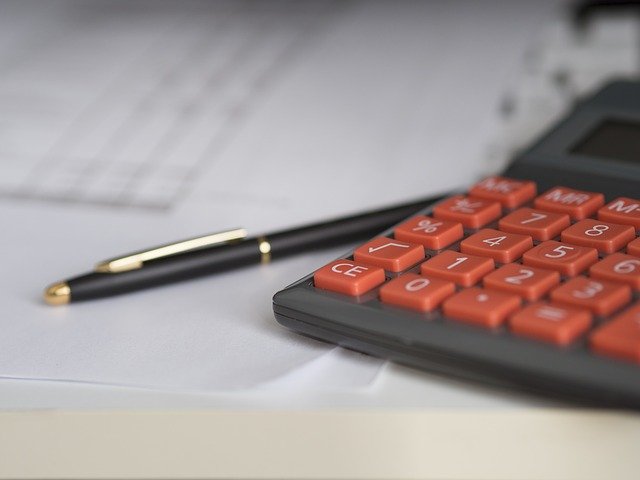 A) Background of the Case:

Organic Food is the food which has been cultivated or grown with less or no pesticide and Insecticide. Different countries have different standards in defining Organic Food. However, the food which has been grown under natural conditions and which is untreated or unprocessed with artificial agents, Industrial solvents or any other food additives is termed as Organic food. People around the world are moving to more hygienic food habits and their increased awareness about the Organic food helps the industry to grow at higher pace.

Global Organic Food Market which stood at US $ 110.25 Billion in 2016 is growing at a CAGR of 16% and it expected to reach US $ 263 Billion in 2022. It is not only the awareness among the public but also rising per capita earnings & spending and increasing health concern are also reason for this growth. We also can see that there is an increased production and aggressive marketing made by the companies to promote these products.

Fenland Foods Plc which began in 1970 in UK is one of the pioneers in Organic Food Industry.  Post restricting as a limited company in 1980, the company experienced a rapid growth till 1991. Post that the company expanded by raising capital from the public and it has updated plant and machinery. It also has expanded its geographical boundaries to foster its growth.

Fresh Farm Foods Co is a family run business in Ireland. The company holds a chain of organic food shops in Ireland. The family members think that the future scope lies in expansion in wider European region. However, the senior family members want to retire and they are ready to sell the entire shares to an other company by 2020.

Fenland’s finance director found this Fresh Farm Foods Co opportunity to be one of the best fit for Fenland Foods Plc. This will be one of the inorganic route to spread the wings of Fenland in Ireland and in a faster manner.

Below is the P&L projection of Fresh Farm Foods Co for the year 2021 to 2025. I consider this to be one of the Optimistic case with the given data. Here I have computed the labour cost with given 8% increase. Similarly, I assume that the depreciation of the fixed assets has been considered in the fixed cost.

As a part of valuation methodology, first we like to understand the Weighted Average Cost of Capital from the point of Fenland’s capital structure. Post finding the WACC, we can use it to discount the Fresh Farms Foods Co cash flow, to arrive whether the project is feasible for investment or not.

Preference Cost: The committed divided % for preference shares is found to be 5%.

Loan Cost: The interest rate for loan stands at 7%

Lr – Rate of interest on Loan

The Weighted Average cost of capital is the average cost of funds that has been used by the firm and it has been derived by using the above formula (Andre Farber, Roland L. Gillet and Ariana Szafarz, 2006, A General formula for the WACC).

The present value of the Fresh Farm Foods Co is found by using the WACC as a discount factor to find the maximum valuation for the firm.

The maximum valuation of the firm that can be paid by using WACC as a discount factor is   € 14,43,814 and the lower value is fixed at € 13,82,833. This has been computed by discounting the future cash flows with the discounting factor of 8.3% the WACC of the acquiring firm (James A. Miles and John R. Ezzell, 2009 , The Weighted Average Cost of Capital, Perfect Capital Markets, and Project Life: A Clarification)

The cash outflow has been considered as Euro 1,485,864 which has been based on the PE projection of Norfolk Foods Plc

The cash outflow has been considered as Euro 1,485,864 which has been based on the PE projection of Norfolk Foods Plc

Considering an investment of € 1,485,864 and a discount rate of 8.3%, the discounted payback period stands at greater than 5 years in both optimistic case and pessimistic case. Discounted Payback period is the number of years in which the invested money is taken back from the investment after discounting the future cash flows with the discount factor (S.Yard, 2000, Developments of Payback Method).

The P/E multiple of Norfolk Foods Plc is 12. Considering the same P/E, Share price of Fresh Farm in 2020 is estimated. With 550,000 shares outstanding, the value of the company is estimated to be around €14.85 Lakhs.

From the above working,it is clear that the project is feasible for an investment of € 1,443,814 in the higher side (working based on optimistic scenario and five year projection). Thus any value less than € 1,443,814 can be considered for investment.

Fenland Food Plc can look for different options in financing this project or this takeover.

Option 1: Instead of going for 100% equity funding, the company can look for 50% equity funding and balance 50% through preference share capital & loan. The preference share capital and loan has to be raised in Ireland in Euro currency. This is also called as financial gearing (19. Does Capital Structure really matter? Richard Pike and Bill Neale, 2006, Corporate Finance and Investments – Decision & Strategies). This will ensure that the money earned in Euro’s will be used to pay interest for Euro loan and to pay dividend to for Euro preference shares. The dividend which is taken out of the country for the equity shares alone is exposed to the forex risk.

Option 2: The company also can pledge its assets in a bank in UK and get the money from the bank’s branch in Ireland in Euro currency to fund the 50% equity investment. And as we discussed above the balance 50% can be funded as preference capital and as a loan.

Option 3: The Fenland Food Plc can issue Eurobonds in Eurozone and the raised Euro currency can be used to finance this investment. Later, the proceedings that the company is likely to get from Fresh Farm Foods Co can be used to pay the coupon payments and the principal payments.

Option 4: If the Fenland Food Plc can estimate as what would be its dividend from the Fresh Farm Foods Co for the next n years. Then the company can enter into a forward contract with the bank for the expected cash inflows and thus it can protect itself from the forex risk.

These are some of the ways through which the company can protect its investment from the forex risk.

There are different methods in capital budgeting and as we say above, the NPV method is considered to be more suitable method than others. However, the limitations are we have considered the P&L projections only for five years. The discount factor is also based on the current capital structure and current cost.

The project is likely to earn higher rate if the company works on better marketing strategies, the synergy might bring in some cost control and expertise of the Fenland Food Plc might help the company to grow faster.

Whenever a company ventures into other country for buying, selling, investing, acquiring etc, there is a Foreign Exchange risk which is attached to it. There is both positive and negative to the forex risk. For example: If the mother company expects to have a cash inflow in foreign currency in future and if the home currency appreciates there is risk of lower cash flow in home currency. On the other hand, if the home currency depreciates there is higher cash flow expected in home currency. Thus the companies are likely to get impacted because of the Foreign Exchange risk.

The potential impacts of Foreign Exchange risk are

There are different methods available to protect the company’s cash flow. Some of them are Currency Options, Hedging, Forward contract, Swapping etc. However, there is an extra cost tied to it.

I also have learned what are all the forex risks involved in overseas acquisition. This also has helped me to find ways to mitigate the forex risk.

4) The World of Organic Agriculture  – Statistics and Emerging Trends 2008

7) Ignacio Vélez-Pareja; Joseph Tham, 2009, Market value calculation and the solution of circularity between value and the weighted average cost of capital WACC