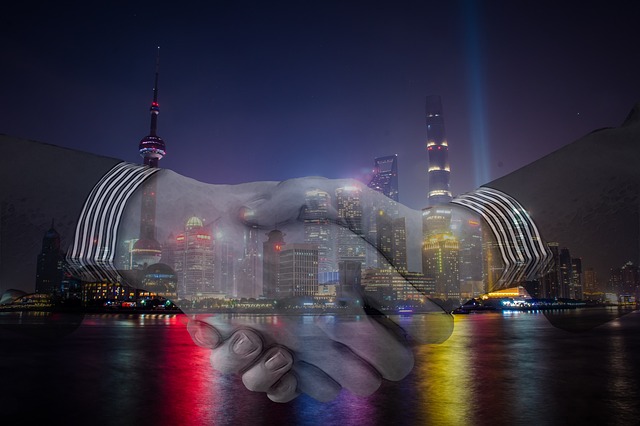 Background of the Case

The Fenland foods wereestablished in the year 1970 by the Williams Family by acquiring the arable farm in the Lincolnshire.

Due to the increasing demand for wholesome organic food, the business expanded rapidly in the year 1970; however, it remained a family business.

The company was restructured as a limited company in the year 980 and faced subsequent growth until the year 1991.

Aim associated with the study

The study aims to evaluate the investment project of Fresh Farm Foods on behalf of Fenland Foods Plc.

Objectives associated with the study

The methodologies, which are used within the project, are drafted below:

The WACC is referred to as the rate that is used by the company in order to pay the average to all the security holders in order to finance the assets. It is commonly known as re cost of capital of the firm, which is hugely dictated by the external market and not by the management.

The approach is majorly used in order to evaluate the discount rate associated with the project (Frank and Shen, 2016). The cost of financing the investment represents a quite logical price to put the investment.

WACC is used to determine the discounts are that are used in the valuation model of DCF (Garcia et al., 2016). The two major sources of the firm from where they can raise money are debt and equity. WACC allows the firm to calculate the exact cost associated with project financing.

In order to determine the WACC, the calculation of the cost of equity is evaluated through the CAPM (cost asset pricing model).

The WACC can be calculated in the following manner:

The overall formula for calculating the WACC seems to be much complicated; however, it is fairly simpler.

Present Value (PV):Present value is referred to as the current value of the future stream of the cash flows or the sum of money at a certain specified return rate. The future flows of cash are often being discounted at the rate of discount (Hemakumara, 2017).

In addition, it is often being observed if the discount rate is higher, it will represent lower present value associated with the future inflows and outflows of cash in the firm.

It is much necessary to determine the appropriate discount rate as it is the key to properly value the future cash flow in order to know that whether it will be obligation or earnings (Smith et al., 2018). The formula of PV calculation is drafted below:

The PV is calculated to recognize the time value of the money by profoundly discounting the future inflows and outflow so the cash with the WACC and summing the figures. Present value is one of the most important concepts in finance. It aided the study to estimate the calculation of future value with various degrees of accuracy as well as the amount of profit that can be generated through the various investments.

Internal Rate of Return (IRR):Internal rate of return is referred to as the measurement tool, which facilitates the investors to evaluate capital budgeting in order to estimate the profitability associated with the potential investment.

IRR is known as the discounted rate, which represents the NPV (Net Present Value) of the overall inflows and outflows of cash from a certain specified project equal to the zero (Souza et al., 2019).

It is much necessary for the organization to effectively focus on IRR in order to effectively plan for future growth as well as the expansion (Ioana, 2016). The formula associated with the IRR is drafted below:

(Source: Created by the learner)

The method was used to utilize determining the rate of return in the investment project, which generates the amount of overall investment. At the same time, the IRR helps in comparing the profitability of the establishment of new operations along with the expansion of new ones.

Payback:The payback period is referred to as the amount of the time which is taken in order to recover the cost of the overall investment.

The calculation of the payback period is much efficient to evaluate the capital budgeting as well as the finances (Jiang, 2016). The shorter payback indicates a much attractive investment;however, the longer ones are the least desirable by the investors. The method of calculating the payback period is drafted below:

(Source: Created by the learner)

the accounting rates of return were also used within the study as it involves the usage of accounting information in order to make future decisions. However, it is sometimes misleading as it avoids the time value of the money.

The calculated WACC of Fresh Farm Foods is 6.30. This represented a high rate of WACC of the investment project.

It is often observed that the lower the amount of investment, will be costly for the organization to fund various new projects.

In the context of Fenland Foods, the investment proposal will not be much profitable as the company can intend towards costly sources in order to finance the entire business (for calculations, refers to appendix 1).

The profound PV of the firm represents that the company holds an effective potential to enhance its future value by earning effective interest. The approach effectively involves the time value of the money.

Moreover, the greater PV ratio represents that the investment will be much favorable for the company.

The calculated NPV value of the investment project is €435.80 during the good trade deal and during the poor trade deal it is €265.27, which represents a positive figure.

The positive NPV represents that the investment is much worthwhile. The high rate indicates that the cash flow of the company after acquiring Fenland Foods will be much effective.

The ARR of Fresh Farm Foods is 3.56 percent. This represents that the investment project holds the strengths of giving an effective return to Fenland Foods. It can be commented that the project is acceptable as the ARR rate is much desirable for the investors.

It was observed within the given scenario that the company prefers a maximum payback period of 5. However, by investing in the project, they will gain an effective return in a shorter period of time.

Implications of results: Viability of the Project

In the context of the given scenario, the investment in the acquisition of Fresh Farm Foods by Fenland Food will be much profound.

The overall effective investment appraisal techniques suggest the organization will be able to gain a competitive advantage over the rival firms by effectively acquiring the overall organization.

It is identified within the study that Fresh Farm Foods is a family-owned business. However, at the end of the year 2020, the organization is intending to sell its overall share.

It will be much effective for Fenland Foods as they can acquire the company and can execute their own policies and strategies without getting any barrier from the management of Fresh farm Foods.

In addition, Fresh Farm Foods is looking forward to focus on diversification and expansion. It was identified within the study that the finance director of Fenland food had effectively calculated the feasibility of the Irish retail sector and had outlined that the current situation is much worthy to investigate further.

It can be commented that in order to diversify the retail trade of Fenland’s, the company should look forward to acquire Fresh Farm foods s that they can gain effective benefits.

It is much necessary for the business to effectively maintain their investment and operations by acquiring external money so that they can gain future growth.

Moreover, two types of capital can be raised in order to facilitate the growth of the firm. Debt financing is known as the capital that is gathered by the firm through the funds of borrowing (Lewis and Tan, 2016).

It facilitates the businesses to effectively leverage the lesser amount of money into a huge amount, which ultimately enables a much rapid growth. However, this kind of financing is much dangerous for new or small businesses.

On the other hand, equity isreferred to as the funds that are generated by the sale of stock. The major benefit of the financing option is that it is not needed for the company to repay the funds (Silaghi, 2018). However, it often leads to loss of control.

In the context of Fenland Foods, the company should look forward to focus on acquiring the borrowing funds in order to facilitate its investment purpose.

The major advantage of debt financing is that the ownership remains within the company, and the organization will not have to share its control with anyone.

The payments of interest to debt financing are also tax-deductible, which lowers the rate of interest as wellas the taxes of the firm (Alzoubi, 2018). Acquiring the funds through the approach will help the company to improve their credit score in a much profound manner.

However, the company should always focus on repaying the debts on time to avoid penalties.

In the context of the provided scenario, it is observed that NPV is one of the most effective approaches to determine the overall measures of the value.

Based on the findings, the three factors will predominantly facilitate the calculation in order to add much more value to the Fenland Foods.

However, it was much necessary for the firm to assess the project life cycle, cost as well as the sales growth. The sales growth is projected to increase at the rate of 12 percent per annum,

which is a much effective rate. On the other hand, the fixed and variable cost of Fresh Farm Foods is also expected to rise at healthy rate, which can reduce the overall profitability of the firm.

In addition, considering the project life cycle, it can be commented that the Fresh Farm Foods proper initiation, planning, execution, and closure of the investment project will help the Fenland foods to effectively implement the investment project in order to gain a competitiveadvantage over the rival firms.

The exchange rate risk is referred to as the losses that are incurred by the business while executing the financial transactions due to the fluctuations in currency (Farhi and Gabaix, 2016).

The current exchange rate of Ireland is 1.08 dollars British Pound (Tradingeconomics.com, 2020). Due to the currentsituation of Coronavirus, the world economy is going into recession, and the exchange rates are facing a huge downfall.

It can ultimately affect the firm to incur a loss. In order to mitigate such risk, the company can look forward to execute the effective strategiesto diminish the issues.

The strategies, such as investing in the hedged assets, will help the company to diminish the risk in a profound manner. Moreover, building protections in the commercial contract or executing the forward contract as the financial instrument will also help the company to reduce risk.

The report had focus on the methods of Present values, NPV, ARR, IRR, Payback, CAPM, and WACC in order to determine the efficiency of the acquisition of Fresh farm foods. It is outlined from the study that the investment will be much beneficial for the company as it can help the firm to effectively grow and expand its business in order to gain a competitive advantage over the rival firms.

From the overall stated discussion, the studyadvocates the below stated recommendations:

Garcia, C., Saravia, J. and Yepes, D., 2016. The weighted average cost of capital over the life-cycle of the firm: is the overinvestment problem of mature firms intensified by a higher WACC?. Center for Research in Economics and Finance (CIEF), Working Papers, (15-21).