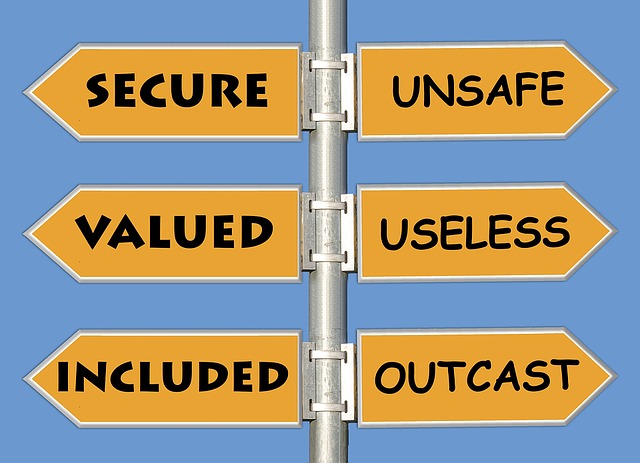 The intention of the below written financial analysis report is to form a basis for decision making for the acquisition of Roast Limited by Starbucks.

The process begins with an assessment of the UK coffee house to understand the history of the industry and come up with the available opportunities.

A thorough cross-check across the various lines of the financial documents of Roast limited will help in identifying the trends in the financial performance of the company. assets of the company will be evaluated to identify if they have increased or reduced during the year.

Financial leverage will also be assessed to identify if the company if highly or lowly leveraged.

Other than the statement of financial position and the income statement of Roast limited, other financial areas to be assessed is the dividend policy, the cash and cash equivalent for the capital investment where the company is planning to invest 500,000 pounds.

Some of the capital budgeting techniques that will be used to appraise the investment project include the net present value, the accounting rate of return, and the payback period.

The company had a higher amount of operating expenses in 2018 than in 2017 because of increased operating activities. This resulted in reduced earnings before interest and tax.

Roast limited encountered a higher operating profit of 127000 in 2018 than the one it had recorded in 2017. This is because income from operating activities had increased due to an increase in sales.

The operating expenses for the year 2018 rose to 477,000 from 466,000 pounds. The company had more sales in 2018 than in 2018 thus income generated from operating activities was higher. The corresponding indication is that there is an increase in the capacity of the business to have more sales and even more potential customers.

The operating income for the company was higher by 60,000 in 2017 than in 2018 because the cash flow from operating activities had increased.

The company has a gross profit margin of 0.21

This ratio will be used to determine if Roast Limited is profitable through its operating activities. All the costs will be deducted to establish the amount before interest and tax.

The net operating margin for the company is higher than the recommended minimum of 20 %. The organization is thus generating some profit after all the costs are deducted.

This ratio is only used to make a comparison of one company alone at a time due to the variability of the financial structures in these companies.

Low returns on the stakeholder’s investment indicate that the company is not operating efficiently and thus it does not fully use the investors’ money into fully profitable activities.

The company is operating efficiently and the investors’ money is being used to generate good returns.

It indicates the ease of repaying the interest of the company’s financial debts. The most preferred interest coverage ratio should be above 2 and it indicates safe investment.

The debt service coverage ratio for the company is below the suggested figure and thus the cash flows are not enough to pay for the debts.

Roast limited has a high current ratio of 0.63. This indicates that the company has a high proportion of current assets.

As a result of the above calculation, the debt ratio of Roast limited is high and thus indicates a high floatation.

The inventory turnover of roast limited indicates the number of inventory purchases that are made in one year. If properly utilized, the company can reduce the costs that are associated with the storage of the inventory.

These costs include the warehousing costs and the holding costs that are associated with the holding of the stock. For Roast limited, inventory coverage ratio for 2018 was;

The duration taken to sell the whole stock purchased is called day’s sale inventory and is calculated by dividing 365 days by the inventory turnover ratio.

The company completes selling its stock within a maximum of 38 days.

This is the ratio given to total liabilities when they are divided by total assets.

The low debt to equity ratio shows that Roast Limited is unable to get funds from creditors.

Roast limited has a cash operating cycle of 68 days.Ir refers to accounts receivable plus inventory period.

After purchasing the stock on credit, the company canfully pay its creditors after 68 days since this is the time it will take to collect all the debts.

According to the information given, Roast Limited made a loss, and thus it was appropriate for the company not to pay out the dividends.

Management of Roast Limited can use three methods to evaluate the effectiveness and viability of their expansion investment.

Since the investment project that is being undertaken by the company is so huge and a little mistake may lead to a huge financial loss, the use of capital budgeting methods is thus necessary.

In this scenario, three capital budgeting methods have been used. The methods include the payback period, the net present value, the accounting rate of return.

According to the information given, the payback period of the company is 4 years. This means that the amount invested will be generated by the cash flows of the investment in 4 years.

Advantages of the payback period

Disadvantages of the payback period

The project is thus profitable and investing in it would be appropriate. The accounting rate of return has the following advantages and disadvantages.

The discounting rate of the project is too low to generate the amount invested within 5 years. The method has the following advantages and disadvantages.

Roast Limited can acquire dentures as a source of funds for its new investment. Debentures are bonds that are unsecured by collateral and as a result, they are given to companies depending on their ability to repay back money borrowed.

The company can get debentures either from the host government or from other companies (Cheng et al, pp.2331-2341).

The company can acquire various types of debentures which include convertible bonds which can be converted into equity shares of the issuing corporation once roast Limited has acquired them.

Others include non-convertible debentures which cannot be converted to equity of the issuing company. Debentures as a source of funds have various features such as interest rate which is the amount of money charged on the principal borrowed, credit rating, maturity date as well as pros and cons.

Debentures also have a risk to their investors since a company may fail to honor the repayment obligation (Fleten et al, 2016, pp. 498-506).

Below are some of the advantages that are associated with debentures when they are used as a source of funds for companies that are expanding their investments.

On the other hand, debentures have various disadvantages such as when they are used as a source of finance for investment in a company.

Below are the disadvantages that Roast limited will acquire when it uses debentures as a source of finance.

A bank loan refers to the money given to businesses by banks for investment or for expansion. Bank loans are used to fund operations if business or expansionstrategies.

Banks charge interest on loans because money has its time value. Bank loans are a suitable option for the financial structure of businesses that have to require huge funding. Bank loans have the following advantages and disadvantages.

The analysis of Roast Limited using various financial ratios and inferences from various lines of the financial statements will help Starbucks company to make a well-informed decision when making an acquisition.

The various financial ratios calculated from the above report indicates the financial status of the company and how well Roast Limited is performing. This will help in financial decision making by the Starbucks that is planning to acquire the company.

The cash and cash equivalent of Roast Limited has been used to show the current money that the company had at the end of 2018.

Gbadebo, A.O., 2020. Uncommon Sources of Finance and Sustainability, Growth and Development of Small Medium-Scale Enterprises in Nigeria. In Improving Business Performance Through Innovation in the Digital Economy (pp. 200-214). IGI Global.