Here’s the best sample of HAT20 Hospitality and Tourism Essay written by expert.

Venice in Italy like most people is one of my dream vacations and would love to visit there once in my lifetime. With the passage of time, as i grew up and started exploring new things i learnt that travelling to new places became a part of me. Exploring new places, learning the history behind it, make the places more significant to me. Venice is one of them that encourage me to pay a visit there and know why this place is ideal for honeymoon and lovers. The same romantic feel that the city offers is the reason why it attracts tourists for long years now. It was not until the 20th century that tourism has hit the ceiling and became an alarming threat for the people of Venice. 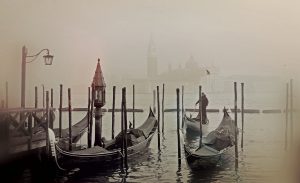 The documentary video presents the existing issues and problems faced by this romantic, historic place. It is the mass-market tourism that is straining the resources of the city. Long queues, overcrowded walkways and congested canals are regular scenes in and around the places. There must not be less than 100 small islands on which Venice is built. It was built as it became a strategic location between the East and the West for trading transactions. It is well displayed by its architecture and settlers of diverse origin. The trading materials were silk, glass, precious metals and gemstones.

Beside tourism, i found another major issue that is alarming the Venetians that is environmental issue. The pollutants emitted by the big cruises are another threat to the Venetians. The water that is displaced by these big cruises on docking splashes on the city and cause havoc to the residents. I can see the city sinking slowly. The building constructions lack proper foundation. Housing issues is another big issue for the Venetians. As Thomas Niemitz in his documentary pointed out that on average two Venetians abandon their homes every day. The prime transport communication is via boats rather than buses as there is no need of cars. Boats are the main attraction of the place as tourists enjoy the scenic beauty amidst water.  However, city’s beauty come at a cost. These hazards are due to lack of regulations by the Government and civic bodies. It has affected the normal lives of the local people as prices of the commodities are soaring high which have led them to relocate to mainland to avoid high cost of living. Tourism business is in extreme high demand that even government buildings are turned into hotels. On asking the hoteliers, they have the answer if it is the demand of the business and brings them profit then why not. Even local people are jumping into the business renting out private spaces at lower rates to sustain the high cost of living. In the documentary, Guiseppe Tattara, Economics and Tourism expert of Venice complied with the same and agreed that there are more souvenir shops than basic small shops for tourist attraction. The unlicensed commercial enterprise has displayed an exponential growth in the last few years destroying the regular and normal business of local people.

Alessandro Tommasi, spokesperson of Airbnb has agreed that the city council could intervene if it had wanted to at any point of the time for the proper regulation of commercial enterprise. Identifying the issues that is looming large on the Venetians is not just tourist influx, environmental issues and housing problems but the Government’s ineffective policies or no intervention. Paola Mar, Venice City Councillor for Tourism accepted that the city is already 800 million euros in debt and there can be no spending on subsidies. I can see and say that Italy is in financial crisis. The documentary engages more on public woes and do not particularly point out who is responsible for this condition as all the officials gave their own supporting report that why the condition. As I found the documentary alone was not sufficient enough for the survey, I dig in to other reports, reposts and articles online where there is a mention that the Mayor of Venice was arrested on corruption charges which is related to MOSE project. This project has its objective of preserving buildings and prevent erosion. The project is estimated to be completed by 2020. The population of Venice in 1951 was 174,808 and it has now come down to 54,976 as recorded in 2016. Venetians have come out to the streets protesting against the existing crumbling condition and the government who are acting as if their hands are tied. The young people have taken it upon them to act on it and start to skip schools to hold protests with placards stating “if clim3ate was a bank, you’d save it”, as reported I the Guardian. It outraged the residents when they were asked to stay indoors by the City’s Mayor to avoid tourist influx from multiple cruise ships. It is very disheartening to see that residents have started to take matters into their hands as the government and influential people are turning deaf ears to them. I am of the view that it is the government’s responsibility to take care of this condition. The officials at the centre should consider the matter seriously and come up with a permanent solution. If it continues with the present condition then those days will not be far away when Venice would be called “once upon a time”. People in powerful posts can draw the attention of the world to come together to save this historic beautiful city.[1]

The Venetians have come up with a measure of tourist tax that will charge tourists up to 10 euros to get an entry to this dream city. It is the aim of the municipality to target day-trippers in particular when the cruise ships arrive. They have set the initial fee at 2.50 euros to 5 euros per head and at peak hours this fee could get to 10 euros. The municipality has levied the tax only on tourists. The tax on hotel occupancy brings about 30 million euro per year but with the new tax policy it may generate around 50 million euro per year. The Italian government in 2017 has voted to put a ban on cruise ships that weigh more than 100,000 tonnes from entering the Grand Canal. According to the reports by the Guardian dated 08/08/2019, the transport minister has come up with a plan that diverts the huge cruise ships from the historic centre to a dock at Fusina which is a small port in Lombardia on mainland Venice. The minister has suggested that by September the rerouting process could begin. Another way to meet the challenge is to encourage the local people to join the commercial business in a lawful manner under licence so that the connection between tourists and locals stay. Venice has been referred to as a big park where tourist come to entertain themselves and get amusement and return without having to consider the plight and condition of the local people. The government should rely less on mass tourism and come up with other means of revenue generation as tourism causes pollution, loss of local shops, proliferation of low-wage jobs and high rents.

The European Parliament declared in 2015,” European tourism must make a transition from a model of quantitative growth to a qualitative model leading to steady and sustainable development”. Data scientist Fabio Carrera is of the belief that a city can only be self-sustainable if it can retain its own masses. The track of tourist flow into the city has to be checked and keep it under check to allow 55,000 tourists on daily basis. [2]

There are many other countries that have shown excellence in tourism industry. One such country is Switzerland, being a landlocked country, this place has displayed excellence in dealing with tourist influx and tourism management. Prague in Czech Republic has handled tourism industry in a most sensible manner and surplus revenue generation to its economy. Another country that has managed tourism at par with other revenue generating department is Sweden.  Switzerland which is known for its cuckoo clocks, yodelling and chocolate. It is a land of four languages and urban culture. It is successful in implementing tourism policies keeping the needs of local people in mind. The government of all successful countries in tourism management has kept all the factors in mind to keep the track of country’s revenue generation without going on loss. Sweden in Northern Europe basically enjoys high standard of living where rate of poverty is 7% which is lower than other countries. Prague is also regarded as the most charming beautiful and colourful cities. This city has become the most popular travel destination in Central Europe. The city is successful in preserving their architecture unlike Venice city.

Eaglescliffe B (2019). Venice, Italy, Is Being Destroyed by Tourism and Flooding. Wander Wisdom.