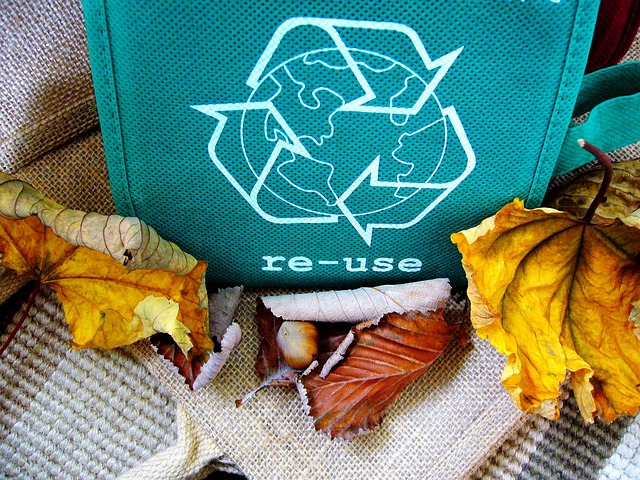 This is a study focused on identifying various aspects involved with material called ‘Sewage Sludge’. Primary focus of this project paper is to determine the possibility of sewage sludge in agriculture lands. A number of articles based on the topic have been collected and a theme from the outcome has been developed. A brief discussion on that developed theme is presented in the literature review section. This project paper will be conducted on secondary qualitative data, in addition to this; the researcher will use a number researcher philosophy. A brief discussion about this aspect has been presented in the methodology section of this report. Ethics associated with analysing this study is also presented in the ethics section of this report. Legal aspects that will be followed by researcher during complete of the project have been presented in the ethics section of this proposal.

This research paper is aimed to determine possibility level of reuse sewage Sludge in agricultural industry. A number of studies have discovered that the prices of agricultural products are being increased day by day due to application of expensive technology. Sewage Sludge is another modern technology available in the market. Identification of reusability level will be determined through this paper.

Classes of Sewage Sludge used across the globe

A number of studies has been analysed in order to determine usability of Sewage Sludge. Sewage sludge can be classified as class A, sludge and class B. Class A sludge is a dried form of Sludge that is pasteurized. Quality of that sludge is comparatively better than class B. Solé-Bundó et al. (2017) discussed that if proper recycle technique is used in that context then class A sludge can be converted into reusable form to some extent. On the other side, class B sewage sludge is an inferior quality of materials that is termed as ‘undigested’ and ‘volatile’.

Mininni et al. (2015) stated that both types of sludge could be obtained in a similar situation. However, in terms of re-usability Class A sludge carries a lot of weightage. A study by Healy et al. (2016), described harmful materials those are involved with the context and generate pollution against it. As per the study, it is found that 85-milligram cadmium is present on 1 KG sewage sludge. Another harmful material involved with this material is called mercury. In every 1KG Sewage Sludge 57 milligrams mercury present. Other harmful elements that attract environment pollution present in Sewage Sludge are ‘Nickel’, ‘Selenium’ and ‘Zinc’. In every 1 kilogram of Sewage Sludge 420 milligrams of Nickel, 100 milligrams of Selenium and 7500 milligram present respectively.

In the agricultural field of Australia, the same technology is used. Australian who is involved into using sewage sludge disposed the metal into ocean. A number of studies have criticised this process of disposing. Zhang et al. (2015) stated that due to involvement of harmful materials disposing sewage sludge into the ocean attracts environment pollution. A major part of the seawater is polluted due to ocean dumping process. Apart from dumping metals into ocean, United States experimented to dump metals into land as well. Dumping sewage sludge increased soil pollution as well.

A number of studies also discussed techniques that encourage re-usability of the metal. As per the study, it is found that Sewage Sludge is an expense non-solid materials used for improving sewage system. This material is quite expensive, a number of techniques have been used to identify possible re-usability of the material.  The process of reusing sewage sludge is called sewage sludge treatment. Outcomes of the treatment disclosed that the material itself it not reusable however, disposing process should be done in such a way so that the material itself regenerated again without losing its identity. Cieślik, Namieśnik and Konieczka (2015) stated that sewage sludge could be reusable in agriculture sector as well.

This study is focused on identifying possibility of reusing Sewage Sludge in agricultural sector. A number of studies has been analysed before taking up the topic into account. As per the findings of the selected articles, it is found that possibility of reuse the metal still under the cloud. Based on that observation a research question has been developed.

Through accomplishment of this study, research will able to fulfil a number of purposes. All purposes are presented in the following section in bullet form.

This project will be conducted based on principles of exploratory research. Kumar (2019) discussed that exploratory research is a technique when researchers try to find out new outcomes from their study. As per the current study, it is identified that here also the researcher will find out the possibility of re use sewage sludge and other modern technologies into agricultural fields. Water supply is one of the major components of agriculture. In that situation, if technologies like sewage sludge is not applied then profit from agricultural land will decrease to some extent. Previously mentioned technology is quite expensive and cannot be bought repeatedly for every period. Reusability of that technology is still unknown. This research paper will identify gather knowledge regarding usability of the materials hence researcher will carry out expropriator research design here.

Epistemology is a philosophical branch that determines acceptance level of knowledge. As per the above discussion, it is found that researcher is looking forward to get practical knowledge of application ‘Sewage Sludge’. Researcher will gather information mostly from secondary sources that are the internet and books. Researcher will use Google scholar as their source of knowledge. Mackey and Gass (2015) discussed that academic sources should be taken into account in order to get appropriate knowledge and information regarding the topic. Epistemological views can be form into four different types: the first one is ‘positive’, the second one is ‘pragmatism’, third and fourth ones are ‘realism’ and ‘interpretivism’. For the current study researcher will use interpretivist approach. The study is taken into account to determine the possibility of using Sewage Sludge. Therefore, pragmatic approach of epistemological is also applicable in the current context. Researcher will analyse a number of data related to science from the current context therefore, pragmatic approach is applicable in the context (Bresler and Stake, 2017).

Researcher will retrieve a number of information and will make a preliminary report on that. After the report is done, the researcher will cross verify the quality of writing with his/her colleagues. Quality of knowledge will be determined by this approach here.

After collection of the articles, the researcher will do further research to understand the authenticity of the data. If possible, then the researcher will contact the publishing house before taking the information for the current project. As per the topic, it is found that the researcher is planning to determine possibility of reuse of modern technologies like Sewage sludge in agricultural sector. Flick (2015) stated that if a researcher is planning to bring up new things or trying to deliver knowledge regarding any aspect then the study comes under exploratory study. In that context, researchers need to take information after validation from external sources.

Researcher here will complete the project based on the principles of both pragmatism and interpretivism. If a researcher wants to complete a study based on secondary qualitative data then the researcher is bound to use mixed research approach. As per the topic of the current study, it can be determined that the researcher wants to find out various useful approaches to reuse sewage sludge in agricultural industry or sector.

A number of studies have been collected to develop the topic and initial research on the topic. Majority of the papers have given information regarding sewage sludge and its application in agriculture sector. However, a few studies have given information related to reusability of non-solid metal called ‘Sewage Sludge’. The researcher will develop some knowledge about reusability of this technology based on the collected information. The researcher will have to maintain some research ethics while conducting this project. Ethical aspect associated with this project will be presented in the following part of this project.

Ethics is one of the major aspects of any research paper. A researcher needs to maintain a number of things before publishing the paper into portals. The first one is data security, as per the methodology section of this report it is found that the researcher will conduct the project based on the information from previous studies. Taking information from these studies should be done in a proper way or else the researcher might have to face legal trouble. The researcher will follow every component of Data Protection Act (Gov.uk, 2019). If a researcher finds out any confidential data from the previous studies then he/she will not disclose it with the current study. In addition to this, researcher will cite original articles in the final project paper.