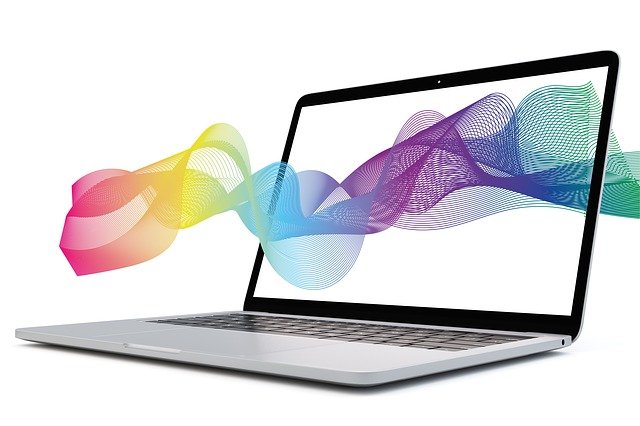 Meanwhile, Maĉkayová & Baláņová (2011) pointed out that the people from generation Y shows the cohort based subculture due to having differences in the permanent change, the entertainment in life, payment expectations, fast career growth and promotion, use of digital interactive technologies and impersonal communication.

All these aspects make them differ from the older generations X and baby boomers. The generation Y representatives have some features like group activities, persistence, hero spirit, multi-tasking skills and optimism and ability to operate new technologies.

equality, inner harmony, and national security. For generation Z, it matters to have a healthy economy and peaceful environment where they live.

This thought makes the generation Z more optimistic as compared to generation Y because they don’t think about the uncertainty and consider that they will get future opportunities to grow.

Additionally, team work in generation Y has a significant factor at workplace. So, it can be stated that the multi-tasking and flexibility and team work are major considerable factors for the generation Y.

The research conducted by Moss & Martins (2014) reveals that there are quite differences in the perceptions of organizational culture between Baby Boomers’, Generation X’s and Generation Y’s.

This study was based on qualitative research design by asking sample of 455 employees within a large South African ICT company. In relation to this, some dimensions including leadership, strategy and change management, employee needs, means to achieve objectives, management processes,

Organisational goals and objectives and external and internal environment can be used to determine the differences in perceptions of these generations.

From this study, it is found that generation Y shows the highest rating for all these dimensions, while generation X provides the lowest and baby-boomers in-between. It means the generation X is more cynical, while the generation Y is more positive and optimistic and idealistic regarding the organization.

The change in this distinctive pattern became possible due to emergence of advanced technologies over the time.

For the generation Y, the latest technologies like social media, online purchasing, etc. are not common because they were emerged over the time that is common among the current generation.

The reason behind this change is the change in the social aspects and impact of advanced technologies. The youth generation in current period uses the technologies as they are busy on these technologies including social media and Whatsapp and keep a distance with the family members.

In perspective of this aspect, it can be sated that the generation z is less family oriented as they are not socialize with their parents and also make les friends. The reason behind this pattern is the use of the technologies.

They prefer to play online games and also use the chat applications to make friends online. So, their socialization is very less with the parents and surroundings (Bassiouni & Hackley, 2014).

From the qualitative study conducted by Altinbasak-Farina and Guleryuz-Turkel (2015), it can be reviewed that the generation Y born between year 1977 and 1994 give preference to specific values including respect, trust, being well groomed, hardworking and responsibility.

They further investigated that the Gen Yers love dynamism and change and value trust and respect. This generation is more socially responsible and health conscious. This study reveals the characteristics of the generation Y that are significant in terms of marketing purpose.

The study conducted by Stojanová (2015) on schools graduates through survey finds that the generation Y prefers the work-life balance rather than remuneration while working in an organization.

It is important for them to enjoy the freedoms and opportunities with better control over finances, work, social and family life. They focus on their own specific way of life and the expectations.

They also prefer a higher standard of living and social security and personal growth too. Apart from this the people in this generation have an interest in their personal lives, spending leisure time, friends and family relationships along with focusing on career and economic success.

On the other hand, the study conducted by Kampf et al. (2017) is based on generational differences in the perception of corporate culture. This study was conducted by considering the survey through questionnaire on Sixty-four European transport enterprises.

All the generations consider the people including employees and customers aspect important while working in an organizational culture.

It is important to focus on loyalty and teamwork to be successful in personal as well as professional life. It can be stated that members of each generations does not show different behaviour and also attitude and opinions.

echnology has a positive significant effect for generation Y at workplace.

Hypothesis 2: Cultural acceptance in generation Y has a positive significant effect at workplace.

Hypothesis 3: Flexibility and multitasking in generation Y has a positive significant effect at workplace

Hypothesis 4: Being independent for generation Y has a positive significant effect at workplace.

Hypothesis 5: Teamwork in generation Y has a positive significant at workplace

The study conducted by Kolnhofer-Derecskei et al. (2017) is based on generational differences and also similarities among the university students for determining the generational gaps.

From this study based on survey, it can be revealed that generation Y members are technology and social media addicted and less family oriented as compared to X generation.

At the same time, Millennials or generation Y representatives should remain protected as children and like to depend on others for support.

This generation like to speak foreign languages and open-minded and have clear perspectives and opinions. They are more pragmatic and self-assured and achievement focused.

However, the study of Desai & Lele (2017) finds that the generation Y focused on the text messages as a norm while the generation Z prefers the communication by using icons, images and symbols.

The generation Z lives in the era of continuous updates as this generation believes in faster processing of information as compared to previous generation.

For instance, students in this generation prepares the documents on school computer, also research on tablet or phone and also make a conversation with the friends.

They shift their work and play with multiple distractions and also handle the multiple tasks at a time. In banking perspective, the generation Z uses mobile apps for transacting on mobile while the generation Y sues the credit and debit cards at shopping malls.

The current generation has faced several natural calamities and climate changes that have made more oriented towards the protection of environment.

They consider that it is necessary for an economy to grow with the protection of natural environment. There should be a proper control on the industry growth or with proper measures without affecting the survival of the environment.

As per the research of Shatto & Erwin (2016), the generation Z prefer to be different and original as they are the most interesting and stimulating people.

On the other hand, the generation Y like the few surprises or unexpected happenings in daily regular life. At the same time, the people in generation Z make decisions based on sufficient information by using different technologies and make informed decisions.

Overall, this literature review focuses on the organizational context as the previous studies are based on employees and customers of the organizations from different generations to determine the differences in their perceptions.

But these studies do not focus on the students in current context as the current study focuses on the students from Z generation and determine their perceptions to make a comparative study.

Altinbasak-Farina, I. and Guleryuz-Turkel, G. (2015). Identifying the Needs of Gen Y by Exploring Their Value Systems: A Qualitative Study. International Journal of Trade, Economics and Finance, 6(6), 290-295. http://www.ijtef.org/vol6/484-BT09.pdf