Dream world is the largest and one of the most popular theme parks in Australia. However, due to faulty maintenance and old machinery, an accident took place which claimed the life of four of its visitors. The proposal attempts to find the root cause of the problem and suggest various safety measures in order to make sure that the theme park regains its popularity in the country.

In month of April, four of the visitors lost their life in an unfortunate accident. Some of the eyewitness and experts claims that the owners of the park has not maintained all the security norms and has not upgraded their rides for over two decades. The ride which claimed the life of an innocent visitor was reopened just after a few days which clearly show that the ride was not fully tested even after the accident. As Dream World happens to be one of the most visited theme parks, it is important to make sure that these accidents are avoided that at any cost.

It is crucial for the owners of the Dream World to look after the safety of their visitors. If not done so, it can negatively impact the reputation of the park and it might lose all the credibility among its visitors. The management also need to make sure during the course of the accidents, the healthcare professionals need to be sent as soon as possible in order to make sure the accident is not fatal.

Dream world is the largest theme park and zoo in Australia. The park is located at the Gold Cost in Queensland. The visitors of the park are offered more than 40 different rides and various other attractions which also include five roller costars. The theme world was made public in the year of 1981 making it one of the oldest theme parks in the country. The entire theme park is divided into various themes which includes ocean parade, wiggles world, tiger island and many more. Each of themes is loaded with various animal exhibits, food courts and various merchandise shops. The theme part got a big break in the year 2001 as the location was chosen to for a film known as Big Brother. In 2006, the theme park expanded by opening white water world. The park remains open even after dark to promote an event known as scream world designed especially for the children (Sheller et al. 2016, p.50).

Dream world is one of the most visited and reputable theme parks in the country. Each year, hundreds of tourists both domestic and international visit the park. In this scenario, the management of the park invests a huge amount of capital for the safety of their visitors. However, in the April of last year, a great tragedy took place where four of the visitors have lost their lives. A number of experts believe that the primary driving factor behind the tragedy was faulty maintenance of the rides. Due to this incident, the credibility of the park has witnessed a sharp downfall. Although the higher management of the park has denied such issues, but the safety of the rides in the park still remains under the cloak of danger.  According to the witness, a person fell off the ride and almost got drowned. The ride was however resumed only after a couple of days. Therefore, it was quite clear that, the fault of the ride was removed as expected. Since then, a number of queries and questions were posted at the official site of the park. One possible explanations of the accident according to a frequent visitor was that the rides have not being upgraded since two decade. Therefore, it is bound to fail the security measures. The individual also complained that he injured himself due to old school repair and faulty upgrades (Whittlesey et al. 2014, p.04).

Methods to enhance security for the visitors:

In order to avoid such tragedy, the higher officials of Dream world need to make precautions such as:

Monitoring each even of the parks:

Some of the tragedy and accidents can be avoided if the security and the healthcare professionals arrive at the scene on time. This can be done by monitoring the area on a constant basis. The unfortunate individual, who was drowned by falling from the ride, could have been saved if the area was fully monitored. It is also recommended at the park allows only A certain number of visitors at a time in order to avoid accidents at a larger scale. Careful instructions should be given at each of the rides and it is responsibility of the owners of the park to make sure that the visitors are following them (Perez et al. 2016, p.334).

Faulty rides in any theme park is often more prone to accidents. Therefore, they need to be upgraded and even replaced with modern machinery to avoid such unwanted situations. It is also advised that the owners follow a new school approach to upgrade their rides making them safer for their visitors (Cho et al.2015, p.80).

Research methodology is crucial as this allows the researches to adopt appropriate approach to reach the conclusion. The methodology of the research is designed in such a manner that it supports the entire structure of the research. This chapter included various data such as primary and secondary in a particular hierarchy in order to make the research more acceptable to its reader. Along with the data, various tools are also used to extract valuable information to design in an appropriate manner.

Research design is perhaps one of the most significant parts of the proposal. This is due to the fact that it gives the proposal a solid foundation and structure which is understood by both the researcher and the user. This is done by utilizing various techniques such as data collection, availability and analysis of data in a compelling manner. This part of the proposal is responsible for deciding the order of collecting data and place them is a particular manner so that the research appear more credible to the reader.

Without collecting relevant data, it was never possible to complete the research within given time. Also by collecting information, the research appears to be more authentic to the readers. The two main types of data collected are described below:

The qualitative data is also known as the secondary form of data. This data is collected after collecting perceptions and suggestions from various individuals via various means such as surveys and reconnaissance. The secondary data was also collected form scheduling interviews with the representatives of the chosen theme park.

There are different kinds of programming required to investigations the gathered information to get a result on the exploration proposition, for example, Microsoft Office; Microsoft outperforms wants, Microsoft control point. Besides that, factual programming likes SPSS which can investigate the settled introduction of the assembled information. Then again, this quantifiable information enables proficiency and accuracy to get the exploration fruitful. The first and the essential inquiry is that the association or the administration must briefest and search for the study by looking at the response of individual through SPSS programming strategy.

The specialist must apply canny programming and framework to make steady information reasonably. So as to execute the examination, the scientist must review the information by utilizing by and large MS Excel, ANOVA test, and SPSS programming. Aside from that, the reactions that are accumulated isn’t exact then the choice that must be taken won’t be correct. Subsequently the result will be poor which can affect the administration of Primark. Other than that, with the help of programming configuration named SPSS and the ANOVA test would declaration the administration to quantify the reaction of their clients and staffs.

Limitation of the research:

The primary factors which dragged caused the researcher to submit the proposal after deadline was lack of evidence and shortage of time. Also the data collected at the initial days of the proposal were rejected as they are not relevant to the proposal. Scheduling a date with some of the important employees of the theme park was also quite problematic.

While conducting the research, the writer had followed all the ethical issues related to it. This not only enhances the authenticity of the proposal but also increased the credibility of the research to its readers. While gathering the required data, the writer performed all the legitimate actions to avoid any legal issues. Along with this, while conducting the survey to gather secondary information the writer was careful not to disturb their privacy. Some of the candidates did not agree with the writer with a number issue. Even in such situations, the writer maintained a professional etiquette and behaved politely with them.

In order to finally conclude, it needs to state that, the research was based on the various motivational theories and methodologies. The writer is grateful to various employees of the company who gave their valuable time to the writer by providing them with important internal information of the company. The privacy of the all the individuals bas been maintained who participated in the survey. This also enhanced the credibility of the proposal to a great extent. 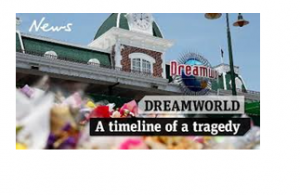