Python is scripting language in the machine learning has used for predicting the analysis. Malaria is a disease that can be transmitted caused by the different parasites generally belonging to the categories of the plasmodium family. It is generally spread by the female mosquito which carries communicable diseases. The traditional way of detecting the malaria disease is by examining the blood cell under the microscope which shows the cell is infected with the parasites. This process required high assistance and a lab room along with the essential equipment and a highly experienced person for diagnosis. A modern method of detection of cells images for detecting malaria. In this report CNN has implemented with the malaria cell images. Image classification using deep learning models like convolutional neural network (CNN) is used for detecting the image cell presence of parasite with the non-infected cells images.

1. Understanding the dataset and its Characteristics

The dataset has been used for the detection of the cell which compares the presence of parasite cells which is infected with the non-infected cells. As per the view of Delgado-Ortet et al. (2020), the dataset mainly consists of 27558 images which generally belong to the two classes.

The algorithm is used for the detection of parasite presence in malaria which can obtain maximum accuracy while detecting the image cell. The model is designed for the achieving the higher accuracy using the deep learning algorithm.

The design has used the convolutional neural network which has the ability to extract feature and transfers learning. As per the view of Fuhad et al. (2020), the learning filter is an unsupervised learning method for the extraction of meaningful information from a set of images. Machine learning shows the solution for the programming feature like size, morphology of the cells, and color.

Figure 2: Creating list and array for detecting the image folder

Numpy is used for the computing fundamentals.

Matplotlib shows the visual effect or plotting graph which generates or shows the affected part of malaria.

Scikit learn is used for the data preprocessing techniques. 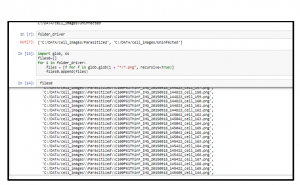 The model has been developed using the deep learning which is generally used for image classification and the analysis of images.

The images are shown in the below screen 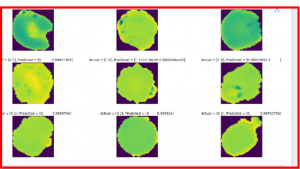 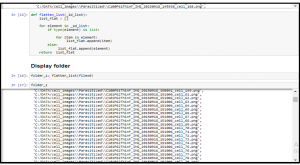 After training the model the next method is validation. In this, the testing of the image classification process is executed for checking whether the data is showing a high accuracy level or less accuracy level. It generally checks the how the prediction class result obtains the higher result.

The model is developed for the detection of malaria which classifies the image into two categories parasite and uninfected. Then the data preprocessing is done analyze the dataset for a better prediction. Then transfer learning is used to make a connection like a neural network that can transmit and relate with the other image cell and find meaningful information from the image cell for the detection. As per the view of Masud et al. (2020), image segmentation basically extracts only the needed part of the image for the classification of the image.

The better case which can generally has obtained a higher result of prediction accuracy on the bases of the test on the data set. 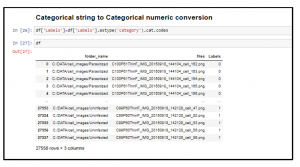 The result which is obtained from the manual segmentation that evaluation is set to strong argument for the generalizing the training model. The new collection is not trained but it is able to perform by acquiring the accuracy in an effective manner.

Malaria disease is identified using the processing technique of images using the deep learning algorithm. It is essential for the development to generate the detection of the disease. The model aims for an automated system to detect the malaria parasite in the blood smear which uses the convolutional neural network.

The performance is based on the occurring level of accuracy. As per the view of Yang et al. (2019), the extracts of the feature and process of training are obtaining accuracy. The model built which composed of different layers using the resnet or residual network.

The approach that has been chosen for the classification and detection of malaria disease uses the convolutional neural network which shows the performance of the infected and uninfected parasite cells. 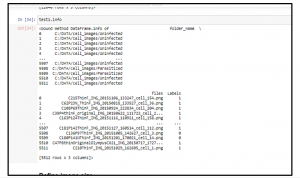 The result of the model is based on the testing plan. In the first the test was conducted then the performance had a low accuracy level of 96 percent and a loss of 1 percent.

Then a repeated test was conducted to improve the convolutional neural connection and the transfer learning method which trains the data model for improving the data model. When the second test it shows the result obtained is 98 percent. The network layer has to learn the mapping which is allowed by the residual mapping for the best fit. 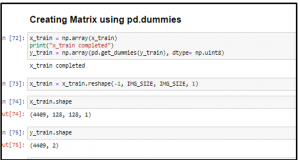 Algorithm two that has been used for the classification. 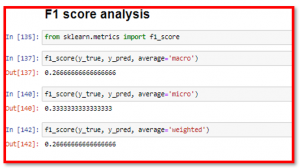 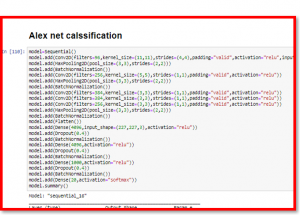 The result is based on the training of neural networks that focuses on less time for training the model. The model is faster for obtaining the model accuracy for the predictive result which has certainly parameter and memory requirements. 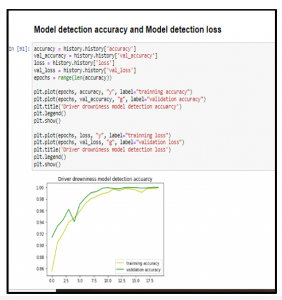 Figure 17: Tune graph of the model

The detection of the malaria disease shows the model for generating performance which is to increase the level of performance and accuracy level to 99 percent which indicated that the model performance is reaching a higher level of accuracy.

It can reduce the risk for identification of malaria-infected people which can harm other and treat themselves at the earliest. 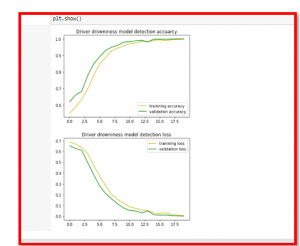 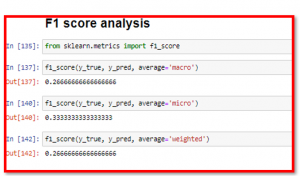 In the given figure it show the F1 score analysis of the measurement considering the precision and recall for the score to be computed. It shows the average weights of precision and recall values while it reaches to get the best result 1 and worst values to be 0. It is required to show lower result for greater efficiency.

The metrics is lower in the impulsive segmentation evaluation which focuses on the attribute with the deficiencies with the simple approach of segmentation. As per the view of Shekar et al. (2020), the cell segmentation does not have any scope of work for the manual segmentation that set an indicative to increase the performance of the model capacity.

There are two algorithm has been used one is CNN or convolutional neural network and another is Alex Net which has been used for the classification and detection of the image cell of the malaria disease. CNN uses an efficient method of recognition which recognition and process the images. It has various feature like structure, less time for training and adaptive nature. The Alex net consist of different layer which has a large impact on the machine learning and deep learning. It allows multiple GPU training which separate the model neuron in the half GPU and other half on the different GPU. It also decrease the time consumption.