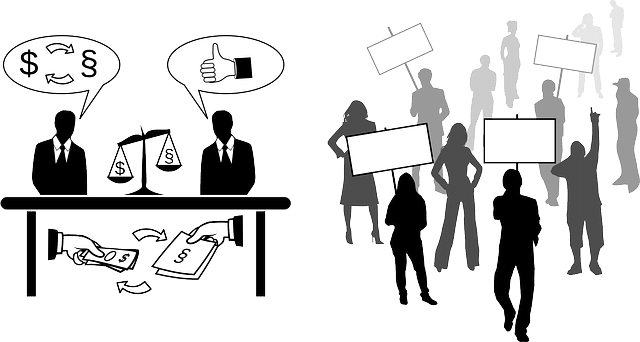 Taxes are actually imposed on the value of money of an individual’s income. Taxation theory helps in understanding the excess amount of money which is collected from various sources and utilizing that to the need of public and government (Williams, 2016).This study focuses on the fact that the taxation theory is actually the imposition of taxes on an individual’s income. It is the process of deducting the income amount of an individual which is basically accumulated from various sources. In this assignment the main purpose is to show the assessable income of Emmi which is imposed on the receipts collected from the restaurant and also the consequences of legal laws and issues in Australia.

1. Consequences and scenario of FBT

Fringe benefits are basically the compensations which are paid by the employers to their employees or the workers. The scenario of FBT is that it is applied on certain circumstances like health insurance, reimbursements, employee discounts, and cafeteria subsidiaries and so on. As stated by Rawlings (2019), these benefits actually attract the employees for better performance and output. Emmi’s income from the meals which is paid by the owner is considered under the fringe benefit tax. It can also be applied by any third party to the employees rather than the employer of the company. The consequence is that it helps in increase in wages by 1% when the FBT increases by 1% as per the law of taxation in Australia (Cho et al. 2019). It is stated that FBI that impacts the assessable income valuation for Emmi’s income.

2. Total assessable income of Emmi and its problem

The gifts which Emmi has got from others are deducted from the assessable income as per the ATO which is Australian Taxation Office and this is considered as the main issue. Emmi’s father had gifted her for a total of $15,000 and also an expensive perfume that valued at $250. Both these factors were completely exempted from income.

As mentioned in the income tax assessment act (1036) section 23 (AG) the valuation of the income has to be properly planned and introduced. This law was properly passed in the Australian Parliament and concentrated on valuing the cost of Emmi;’s income that was taxed in the taxation process. As opined by Burton (2018), there are various sections under this Act of 1936 for deduction of tax which is earned by personal income. As per the income tax rule, the discount that was permitted to the taxpayer was $445 and this was calculated under section 159N. Emmi’s income was lower than the taxable rate and thus was not charged under the ITAA.

Australia follows the Commonwealth federal Government which imposes taxation on every individual in that country. The tax system of Australia is basically a mixture of indirect and direct taxes which are actually levied by both the State government and the Commonwealth. The principle legislations are the Income Tax Assessment Act 1936 (ITAA 1936), Fringe Benefit Tax Assessment Act 1986 and the Income Tax Assessment Act 1997 (ITAA 1997) which are imposed on the payment of income tax of Emmi (Unimelb.libguides.com, 2020). The legal issues of Australia are based on the case foundation provided by the court decision. The issue of law consists of the question facts which are mentioned in the application of tax. Thus the issues of legal laws are:

In the research task, the Current issues with the taxation process and trusts will help in carrying out the independent variables that will be also used to resolve the taxation challenges. ATO is actually grateful for the RMIT to provide the trust and the tax system (Legislation.gov.au, 2020). It had helped in reducing the surcharge of the income as mentioned in the Section (2) of Finance Act. Emmi’s income reduction will be included in the section (112A0 and also under the sex 115 AD (1) (B).

The issue of income tax shuffle actually exploits the differentiation which is under the definition of income. It is earned by the individuals who are based on trust laws and tax laws (Braithwaite and Reinhart, 2019). Beneficiaries and/or employers will not be held reasonable to pay any taxes or to recover the same from the tax upshot.

The main application of tax laws are:

Organizations which are under the registered corporations in Australia including the LLC, Limited Liability companies are subjected for paying the corporate tax laws under Section 234A. As stated by Burton (2018), the restaurant where Emmi is working is under the limited liability company. Thus the owner of the restaurant is bound to pay to pay the corporate tax law.

Federal tax law is charged on the land or properties and also on the income if an individual by the Federal Government Branch under Section 92E. Both the state and the federal government are having the right for imposing taxes on the Australian citizens.

The income of Emmi is calculated on the basis of receipts which are provided to her by restaurant. Emmi works as a part timer in the Crown Melbourne Restaurant and the income which she has gained from the customer tips, gifts and other sources of income everything is considered under the calculation of net assessable income (Kudrna, 2016). The gifts received by Emmi are calculated under the deductible allowances for calculating net assessable income worth $25715

The taxes levied on the long term and short term gains from the percentage of 1% to 15% income are actually referred as the calculation of Capital gain tax. It is actually the differentiation of the value of assets recovered from the market in their purchase value.

1. Facts of deduction of Liu’s transactions

Application of the dividend can be helpful for the Capital gain tax. In the case of Liu it can be applied when the tax rate exist 15% tax bracket. In present case scenario it can be said that total assets loss for Liu was about $ 41800. Thus she is eligible for providing gain tax from next year. In addition to this, she can sell her all the assets to return to her home country China. In case securities, short term gains occurred that are similar in case of Liu.

The issues of legal laws for considering the legal acts are:

Transfer of Land Act 1958 is a process that is applied to maintain the taxation process. As per the 1958 act, Liu had to go through the inspection process before selling the land and shifting to another country (Arnold et al. 2019). By following this process the process of land mitigation and the valuation of the sale price can be regularized.

Sale of Land act 1962 it is mentioned about the rules and regulations of selling the property and land before moving to another country. Thus to sell the land Liu needs t follow the regulations under Section 32. Broker interaction before selling the land is also required and mentioned by the Australian Tax Officer.

This Act of 1997 was passed by the Parliament of Australia for calculation and computation of land act. Under the section 8(1), expenses incurred while selling the land is deducted from the capital gain tax. For expenditure of management which holds the deduction of tax under section 25(5), the Income Tax Assessment Act of 1997 is applied (Ato.gov.au, 2020).Credit absorption tax is applied on the calculation of capital gain tax when the sale value of the assets is below the percentile of 40%.

6. Detailed analysis of the aspect

CGT in Australia is applied on the value of assets which are actually disposed or purchased on 20th September 1985. The regulatory bodies of ITAA 1936 and ITAA 1997 are actually implemented for consideration of five instances of Liu’s Compensation value on the capital gain tax (Hidayat, 2018). The usage of noncurrent assets of up to 1 year is applicable of getting 50% rebate or discount on the payment of tax and superannuation of fund rate of about 33.33%.

From overall discussion it can be concluded that the assessable income of Emmi which is calculated from the receipts of the restaurant is under profit. Though she is working as a part timer the income which is ascertained from the receipts is showing the profitable value for the restaurant. It is concluded from the canalization of capital gain tax, that Liu is bound to follow the rule of regulations for selling the assets. The sale of other assets including the vehicles and the purchase of car is not subjected under Capital Gain tax. The income ascertained by Emmi is lower as she is working as a part timer and a full timer income slab is more than that.