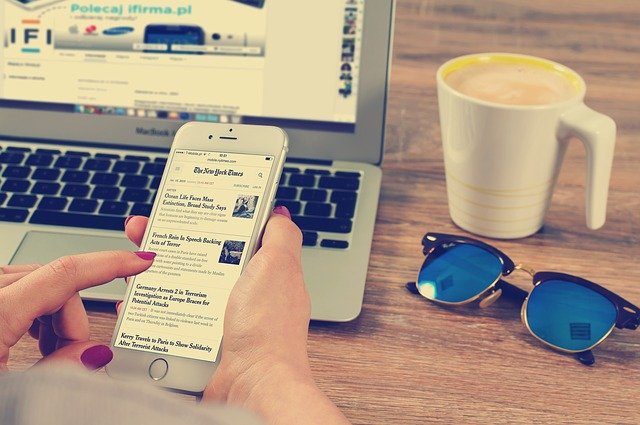 Apart from this, the changes in monetary and fiscal policy can be effective to control the demand-pull inflation because these policies control the demand of the products and services due to the flow of money and tax rates, but it amounts to the high level of unemployment.

But at the same time, cost-push inflation can be controlled by using administrative control on price rise and income policy without increasing unemployment.

The reasons for demand-pull inflation are the increase in money supply and government spending.

Increase in government spending: When the government spends more in the private sector by purchasing and contracting, it enhances the demand for products and causes issues related to supply leading to a price increase (Jermann & Quadrini, 2012).

The reasons for cost-push inflation are government regulation or taxation and natural disasters.

Government regulation or taxation: the government taxation or regulations for the production of any specific product may raise the cost of its production. It prevents the producers to produce that product leading to a decline in supply, but the demand for this product remains the same in the market that encourages the suppliers to increase the price of that product.

For instance, high taxes on cigarettes and alcohol can reduce the demand for these unhealthy products but also may raise the price and create inflation (Persson & Tabellini, 2012).

Question 13: The Keynesian and Monetarist schools

the rise in aggregate demand increases the real GDP and employment but the price does not change (Jermann & Quadrini, 2012).

In the views of Keynesians, the position of aggregate supply is more horizontal than vertical in the short run so stabilization policy has a significant impact on output and employment.

However, Monetarists consider that the position of aggregate supply is more vertical than horizontal as the economy is inherently stable, so discretionary stabilization policy does not have any significant impact on the economy (Persson & Tabellini, 2012).

If the investment demand curve was vertical, Monetarist view of monetary policy impact on investment spending, aggregate demand, and economic activity will be more correct.

Monetarists hold that there is a change in the money supply due to the monetary authority, and the Central Bank.

On the other hand, Keynesians consider that the money supply does not have an impact on the spending but affects the demand for money (Johnson, 2017). It is because people may increase their holding of idle balances with the decrease in the speed of money supply.

So, the aggregate demand curve will shift rightward as it will also raise the need for the producers to increase the production and increase the employment resulting in an increase in GDP (Wray, 2015).

The impact of an increase in workforce skills through special training programs can be presented as below AD-AS curve:

From the above curve, it can be depicted that an increase in workforce skills through special training programs can have an impact on the productivity of the workforce leading to increasing production (from AS1 to AS2).

The skill development may also reduce the cost of production that may lead to a reduction in the price of the products. Overall, it can be stated that there will be an increase in real GDP due to high production and employment (Jermann & Quadrini, 2012).

The following curve shows the effect of the decrease in exports on aggregate demand and supply:

The below curve shows the impact of an increase in an economy’s capital stock:

Time lags: If the government is intended to enhance spending under the fiscal policy, it can take more time to filter into the economy. So, it can be late as spending patterns can be changed or delayed that may affect the purpose of achieving the precise level of GDP (Tucker, 2012).

Poor information: If the government collects wrong or poor data, then it will difficult for the government to achieve the desired results by using fiscal policy. For instance, the government expects the recession, it will increase aggregate demand but if the forecast goes wrong then the government action will cause inflation (Jermann & Quadrini, 2012).

Side effects on public spending: if the government reduces the government spending to decline the inflationary pressure, then it can adversely impact public services including public transport and education leading to market failure and social inefficiency (Afonso & Sousa, 2012).

Frictional unemployment is inevitable in an economy characterized by imperfect job information and non-zero job search time due to dynamic economic conditions.

Frictional unemployment is related to the time to search for a new job while switching from one job to another. Some companies are facing contraction while some of them are facing expansion.

Some regions across the globe experience faster growth than other regions. However, the government provides the information about the job vacancies to reduce the amount of frictional unemployment for matching the jobs and workers as soon as possible (Argy, 2013).

But if the economy characterized by imperfect job information and non-zero job search time, then it delays the matches of the workers’ skills and required jobs that makes the frictional unemployment inevitable.

Structural unemployment is the long term or possibly permanent unemployment due to no availability of the jobs for some people. It is due to mismatching of skills of people working and the skills required for doing a job.

Macroeconomic policymakers should be concerned about structural unemployment because there is need to enhance the skills of the unemployed people to match with the required skills of the existing job opportunities in the market (Daly et al., 2012).

So, there is a need for the macroeconomic policymakers to focus on spending on skill development programs and educational programs to reduce structural unemployment. On the other hand, cyclical unemployment is related to unemployment due to the recession or business slowdown in the economy.

It is determined the phase of the business cycle that decides the level of the cyclical unemployment. In this unemployment type, the macroeconomic policymakers need to focus on the fiscal and monetary policies to reduce the impact of the recession period on employment in the country (Michaillat, 2012).