The Taguchi Method is among the most widely used experimental methods that can help in finding the minimum number of experiments required to be performed under a given number of factors and levels for each of those factors (Meena, et al., 2018).

The aim of this project is to perform a comparative study that analyses the predicted results based on the Taguchi matrix methodology with the experimental results obtained through experimentation with the identified optimal parameters for the helicopter.

Methodology of the Experiment

The following table lists the control factors for the experimental design using the Taguchi Matrix. This also depicts the levels of change and variation that have been considered for the project.

Table 1 Specifications for the Control Factor

Position of weight clips: 60mm from the base of the wings of the body

Hole position: 12 mm from the base of the wing

Position on Body: Middle of the bottom of the body

Position on Wing: Bottom of the outer side of the wing.

Process of the Experiment

Eight helicopters were designed based on the above mentioned factors along with the Taguchi Matrix for the varied parameters of each of the helicopters.

An indoor testing environment was chosen for the experiment to reduce the effect of external activities.

The helicopters were dropped from the height of 5m.

All fans and ventilation systems that could impact the result of the experiment were closed.

Five trials were conducted for each test case to find the average flight time.

Preparation of the helicopters 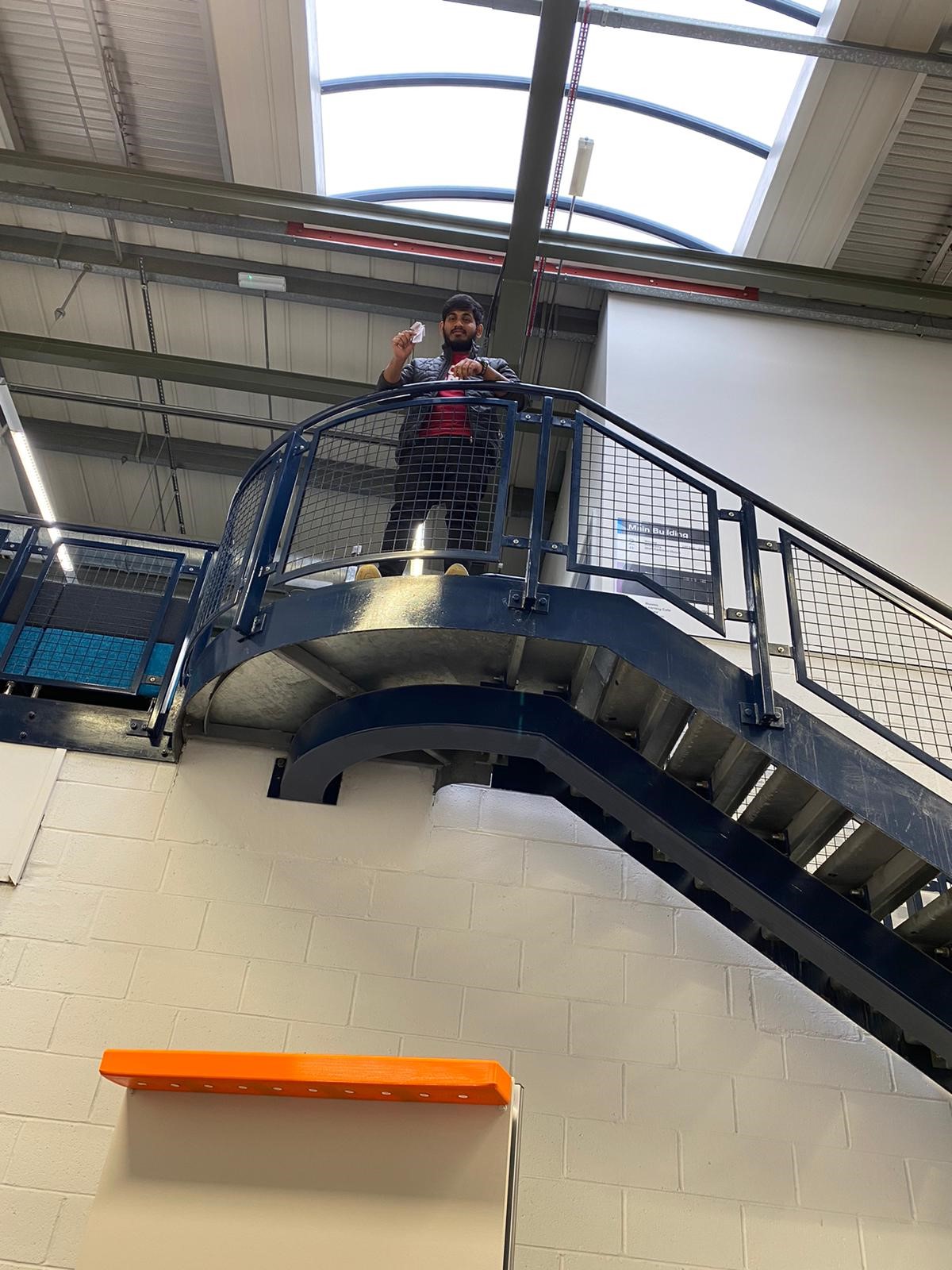 The following table depicts the data from the series of experiments conducted for the project. The times have been presented in seconds.

Table 4. Recorded times for each of the flights

To analyze the above data, MS Excel was used. This allowed us to calculate the mean and variation of the data using statistical functions. This will also be used to identify the signal to noise ratio which will be helpful in identifying the optimal design parameters in the later stages of the project.

The following table shows the complete experimental data set along with the Taguchi matric for the experiment.

Table 5 Obtained results along with the Taguchi Matrix

The mean of the trail times was established through the formula:

Table 6 Table depicting the mean values for the observed times

Now, in order to analyze the means for the helicopters, the method deemed most prudent I the Level Average Method. This means that the mean times for each factors for both the specific levels (1 & 2) will be calculated separately.

For example, the level average mean for factor A at level will be calculated through the formula:

Delta values will be calculated using the formula:

Based on the results of the level average mean we can conclude with the following inference:

In order to identify the value of average time, first the total sum of all the averages presented above need to be found.

Given that the number of entries is 14 the time average will be given as,

Therefore, any of the flight times higher than the value of total average can be considered as a high value and vice versa.

Therefore, concluding from this and the evaluation of the above table, we can see that, A1, B2, C2, D1, E2, F1, and G2 have an above average optimal design.

Now in order to evaluate the optimum flight time, the average values were subtracted from the Average level values while the lower value figures were omitted.

Now, adding this value of 2.078607 to the identified average fight time, we have:

To calculate the signal to noise ratio, the following formula was used:

Table 10 Calculating the S/N ratio for all helicopters

Table 11 Presenting the S/N ratios with the Taguchi matrix

Now to calculate the level wise S/N ratio averages, we find the average for each factor at both the levels (1 and 2).

For example, for the S/N ratio for Factor A at level 1 will be given as,

From this table we can surmise that the values for delta are the highest at A, E and G.

Therefore, these factors will be considered to be the major factors.

The rest of the factors, B, C, D and F are considered to have a minor effect on the time of flight based on S/N ratios.

Based on the obtained optimal designs, helicopter was created based on these values and tested to seek the comparison with observed values.

The percentage error is established based on the observed values using optimum parameters and the predicted values through the Taguchi matrix. The formula used to find that value is given as:

This presents a variation of 0.0127% which is an acceptable value for the test.

Through this experiment we were able to test the various parameters using the Taguchi matrix to an excellent degree of accuracy. The observed time of flight for the optimal helicopter design was only 0.0127% deviated from the projected values through the Taguchi matrix evaluation. Based on the evaluation using Excel we can definitely understand the importance of the experimental system and its ability in providing accurate results.