Broadband network is the fundamental requirement for the local enterprise that is created after estimating the demand and upgrading to the required legacy. The demand and supply is estimated to develop the knowledge to create a network for the company. Broadband network system was conceptualised in the US, and the country still remains ahead in the creation and development of the networking system. The networking system is created after analysing the fixed broadband subscription program. Per capita and population percentage factors are the considered to the determining factor to have an effective networking system. Networking design is created to meet the changing requirements of the people, for the commercial and the residential usage (Brito et al., 2011). 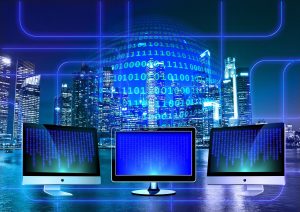 A detailed research stated that Bulgaria had the highest percentage of broadband adoption process. The second country that leads in the adoption is South Korea, which is then followed by the US. The broadband networking process also depends upon the per capital factor, which stated that the European nations leads the market in fixed and mobile broadband adoption process. There are around 26 of every 100 citizens in EU that has availed for the broadband connections in the year 2014.

In Netherland along, there are 38.1 fixed broadband subscriptions per 100 numbers.  Denmark and Switzerland along with South Korea has fixed broadband connectivity as compared to the other nations. In the US, there was 27.6% of the fixed bandwidth penetration rate, which was a positive indication about the broadband requirement and its demand.

The mobile accessibility to the web has been growing tremendously, and this was an indication that the demand for a high quality broadband networking services were tremendously increasing. As per a survey conducted in 2011-12, there were around 1.2 billion active users for the mobile broadband services. More than 80% of the total broadband network users had accessibility to the second generation process. More than 15% of the total population had accessibility to 3G networking system. This number was expected to grow in future, as the number of subscribers to the usage was increasing (Broadband Commission Working Group on Education, 2013).

What is the rational reflection?

The facts and information collected from different parts of the world; in the US the percentage is increasing due to the increase in the demand of the high quality networking system. People or residents from the other nations also enjoy high speed connectivity as there prevails a proper networking process. These numbers are higher than the facilities and speed connectivity available in the US. With a proper broadband connectivity, the average connection speeds are increased, and it is associated with the development and growth of the demand for the growth of the internet users across the world (Bouckaert et al., 2010).

The usability has also increased, due to the development of the better networking system that uses the feasibility in the improvement of the networking system. In the US, the geographic size is more, as compared to the other nations like Japan, South Korea, and Singapore. These nations have smaller connectivity as compared to the US, and thus, it makes it important to have a proper brand band infrastructure developmental plan. In the US, the need to develop and introduce an effective infrastructure is quite higher, as compared to the other places (Bauer et al., 2010).

Reasons that the US percentage in networking is not high

There are different reasons that state the reason for the US percentage not being high in the US. The costs and the feasibility of the services are some of the challenges that restrict the members to avail the best services. An increase in the costs of the internet connection and the handset are the other features that restrict the members to avail the better services.

There are higher percentages of people who don’t prefer to avail the better internet services. The subsidiary facilities provided by the government are the other reasons that affect the broadband connectivity at different places.

Some of the reasons that there is no broadband network system –

The internet adoption prices in the US are based on the demographic and geographical factors. Family with the low income and less awareness create a high problem in selling the right product to the clients.  Digital devices are associated with the US that is provided to the clients in different parts of the world. The economic factors are associated with the digital devices that determine the evaluation of the requirements needed to improve the quality of the services.

The broadband adoption process in different parts of the world has drastically changed, and this is quite reflective in the US market. More than half of the citizens in the US have still not achieved a positive perception about the internet accessibility and is usage (Bauer,2012).