Assignment Sample on OMED1380 Outbreak of Ebola in Guinea 2021

Ebola is considered one of the rare and harmful viruses for humanity the viruses as there is no treatment for this viral disease.  This presentation aims to discuss the adverse effects of the Ebola virus among the community of Guinea and adopt some health promotional strategies to promote issues. The Ebola virus was first discovered in 1976 in the Democratic Republic of Congo, and scientists believe that it is an animal-borne disease and transmitted through Bats to humans. As it has no specific medicine for this severe disease, it was found that at the start of this year, 7 people, 5 were died due to its outbreak.

Treatment centers and isolation zones- In order to reduce the effects of the Ebola virus, separate treatment centers and isolation zones should be prepared. In this way, these affected patients can be treated separately, and regular patients can be kept away from this situation. Taking these severe measures, an outbreak of this virus can be stopped easily. Instead, it may affect a large group of people (Butelet al., 2018).

Use of face masks, gloves- It was found that this disease has a massive power of spreading due to this reason; health workers, doctors, and other staff need to wear face masks, gloves, and other items. It is the duty of these health staff to provide some advice for their patients to take necessary actions and keep themselves safe (Keïtaet al., 2017).

Awareness program- Awareness program needs to be conducted using TV advertisement, social media platforms, and it in their railway and other services. In this campaign, the severity of the Ebola virus needs to be discussed and needs to suggest that they keep themselves away from affected zones and remain at their houses as much as possible (Boumet al. 2020).

Behavior change theory refers to the view that explains the pattern of the change of behavior in human beings, society, etc. There are some factors can trigger the change in human behavior, such as environmental, personal, and behavioral characteristics. It has been seen that the practical application of Behavior change theories will help health, education, criminology, internal development, and the energy sector to understand the way to improve the service areas that they offer to their customers (Kodishet al., 2018). 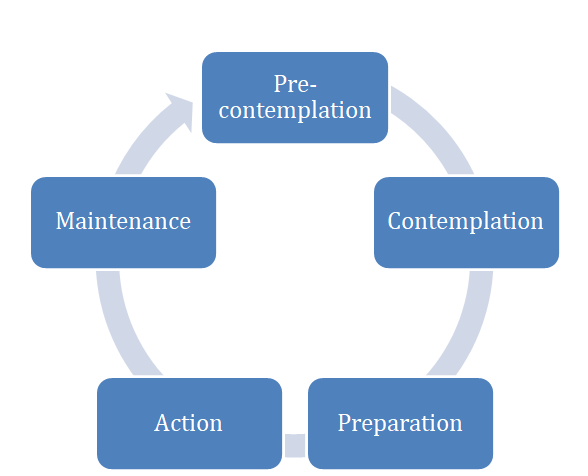 Figure 1: Stages of the behavioral model

Behavioral change theory helps in promoting health among a large number of people that is appropriate to tackle the Ebola virus in a suitable way by changing their lifestyle. It was found that healthy behavior needs to be maintained by every human being, leading to ill health and reducing the power to handle this viral disease (Shomanet al., 2017). Behavioral change is considered a complex approach. It provides a difficult task to disrupt their previous lifestyle and adopt a completely new style; it takes more time than it can be preferred. However, many people do not grab their proper diet and indulge in smoking, lack exercise in their daily lives, and have the most probability of being infected by the Ebola virus. 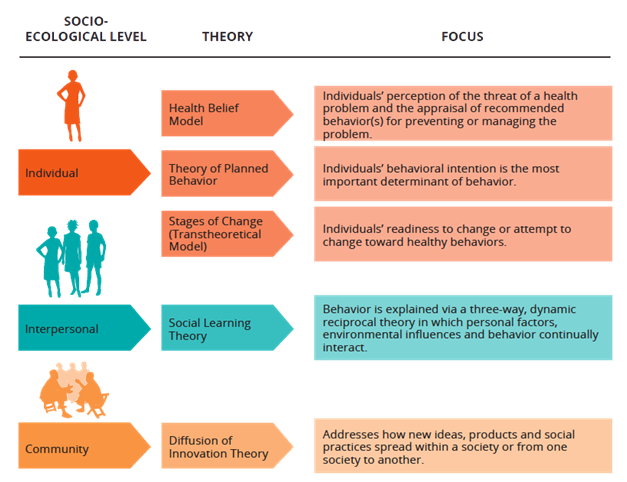 Behavioral changes need to be conducted by every human being present in this situation, as they need to identify their actions and need to restrict them from roaming here and there in this situation (Butelet al., 2018). The media needs to telecast the severe effects of this virus and how many people this disease affects regularly. In this way, people must be serious about these facts and provide appropriate changes in their behavior, which can help them, sustain these outbreaks.

Behavior change theory has helped in this health promotion strategy to promote awareness regarding the improvement of the situation of Ebola attacks in Guinea. This theory has helped to understand the changes of behavior of the people who have suffered the problem as well as the stage guided government to implement the changes in society effectively. As claimed by Keïtaet al. (2017), with the ethical implications of behavioral theories, anyone can bring a change of behavior in society. However, the successful implementation of the awareness programs to recover the Ebola virus outbreak in Guinea has improved people’s lifestyle effectively.

Recently the outbreak of Ebola has endangered the life of the population of Guinea in 2021. The impact of the Covid-19 pandemic has not gone yet, and this new virus has attacked almost seven people in Guinea. However, scientists and doctors have identified the reasons for spreading the virus and the way to get the solution. Improvement in the quality of lifestyle and hygiene maintained by society can help mitigate the spreading of the virus, where people need to change their daily lives. Thus, the government took different initiatives and spread awareness to the people using TV media and social platforms, using the behavior change theory. The poster contains a discussion on how governments have used the idea and become successful in mitigating Ebola outbreaks.