a) Calculating the equilibrium level of real GDP in this economy

b) Impact of GDP on Everyone in the Economy

It is identified that the GDP ofKraftwerk’sis growing on a significant level over the last few years however some of the citizens are showing the protest that their quality of life is not improving. Three possible reasons which are found regarding the growing GDP does not necessarily mean everyone in that economy is better off are as follow:

a) Calculating the equilibrium level of real GDP in this economy

(Assuming the amounts are billions of dollars.)

b) Impact of multiplier effect on GDP

Fruehwirth (2014) identified that new demandplays the role of injection in the circular flow and shows multiplier effect. The reason behind it is identified that due to extra income, spending also increases which creates more income, and this cycle remains continuing. The multiplier effect reflects the increase in final income which arisesdue to catalyst of spending.

Multiplier size depends on household’s marginal decisions ofexpenditure which is also known as marginal propensity to consume (mpc). Moreover, when the income spent, it becomes someone else’s income.

In this context, marginal propensities reflects the proportion of extra income which allocate the particular activities, likesaving by households, investment spending by the firms, expenditure on imports, etc. For instance, if the total new income in a given time span in a particular country products is 80% then the marginal propensity to consume can be calculated through 80/100, i.e. 0.8(Jordà, & Taylor, 2016).

The economy is below full employment output:

d) Closing the Gap between Actual and Potential Real GDP

The government should increase spending by $500 billions to close the gap between actual and potential real GDP.

e) Injection of Government Expenditure and Increase in GDP

Government policies such as first home buyer’s grants and tax concession for investors in the context of tax deductions over the property expenses, etc. actuallysupports to make the housing less affordable for average wage earners. It will support towards increasing the demand of the housing market(Borucke, et al., 2013).

However due to increase demand, the price of the housing will increase as the supply will remain still due to which the cost of housing will also increase and it will not remain affordable. To make housing facility more affordable government should focus towards offering the subsidiary facility according to the need of the citizens which will support to help the needy and will also enable towards controlling the demand. 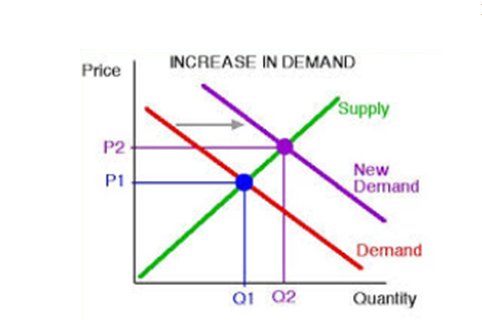 Moreover, positive rate of unemployment supports towards the development of technology, as in this situation, people show their efforts to chase their dreams. So, it can be said that zero percentunemployment rate is not a positive thing.

Additionally, when the economy begins to expand the companies start hiring them again. Diamond (2013) stated that cyclical unemployment takes place due to downturn in the business cycle due to whichfirms lay off the workers to reduce the company cost. Over time, when the economy improves, organization needs skilled employees to perform the certain tasks and for that purpose organization needs employees with new skills.

UK economic growth is showing better result than expected in the last six months. Due to Brexit vote, it was expected that economy will show adverse situation however, from the early 2017 its economy has began to ease. Country inflation rate is rising andclutchingthe household spending power.

From this, it can be identified that the country economy is improving and exports is exceeding the country imports.

The macroeconomic challenges, that is faced by UK over the next decade is as follow:

Policies or actions governments taken to address these challenges:

To handle these challenges, government is working towards decreasing the strictness regarding the policies of foreign trade. Moreover, country is focused towards offering the loans to the firms at lower interest rate to boost up the trade (Tetlow, & Giles, 2017).

Gemmell, N., Kneller, R., &Sanz, I. (2015). Does the Composition of Government Expenditure Matter for Long‐Run GDP Levels?.Oxford Bulletin of Economics and Statistics.