In this fast paced world of technology and development, great leaders are always sought after as they have what it takes to thrust a company to victorious heights. Sundar Pichai, a boy born to a middle class family in Chennai, India, has become one of the most iconic CEOs of Google only through his calm demeanor and resilient nature. It can be seen from the success story of Sundar Pichai that one does not need to bother with office politics to reach great heights but stay focused on one’s work and career path.

In this fast paced era of development, good leaders are always sought after to guide the common herd and make important large scale decisions that keep the world moving forward. Qualities like ‘communication’, ‘integrity’, ‘influence’, ‘ability to delegate’, respect’, ‘empathy’, ‘learning agility’, ‘courage’, ‘sets a great leader apart from other leaders. In the following report this set of qualities and behaviors of Sundar Pichai, CEO of Google, that made him a successful leader, will be discussed.

Google, with consumer numbers crossing 2 billion, needed an adept problem solver and calm person to head its operations. Sundar Pichai, often described as a thoughtful person by his colleagues, was the correct man for the job. Currently he is the CEO of Google and Alphabet and has boosted the company’s financial and expansion base to new heights. As per Whittington et al. (2020), his ability to lead and work with others and his cool, calm demeanor has made him the most popular and innovative CEO of Google. The fundamental qualities of a great leader all reside in Sundar Pichai and he has made good use of them. The interpersonal skill set that sets Sundar Pichai apart from other leaders’ are-

●      Known to walk out of meetings when deep in thoughts

●      Designed and launched Google Chrome with only 10 developers behind him

●      Heads Alphabet along with Google Threat

●      Considers teams success before the company

Positive elements of Sundar Pichai and their impact

In the world of Entrepreneur, the story of Sundar Pichai stands out as a legend; a young man coming from Chennai, Indian subcontinent reaches the top of the chain through sheer hard work and simple team player approach. As stated by Fidan et al. (2017), most young entrepreneurs look up to Sundar Pichai for his resilient yet calm persona. He has shown that to rise above everyone one doesn’t need office politics or drama, one just needs hard work and complete focus on your career building. As mentioned by Coskun et al. (2018), during one of his speeches he also stated how many of the young entrepreneurs are failing due to their lack of will. According to Mr. Pichai, only dreaming and not doing anything sincere for it is the easiest way to lose your dreams. The only way to success is to give in all your might and never lose hope on your dreams.

Negative elements of Sundar Pichai and their impact

As a tech savvy and crude business analyst, it’s no doubt that Sundar Pichai is the best choice as CEO of the biggest technological industry, Google. However, the soft spoken nature of the leader may render the ones following him directionless. As per Halevy et al. (2020), It also escalates to vulnerability in negotiations as the calm nature does not show shrewdness. As stated by Özbağ et al. (2016), as Sundar Pichai generally avoids office politics, his knowledge of employee’s dissatisfaction and internal coup is negligible. Therefore, he is ill equipped to handle future discontent among his workers. 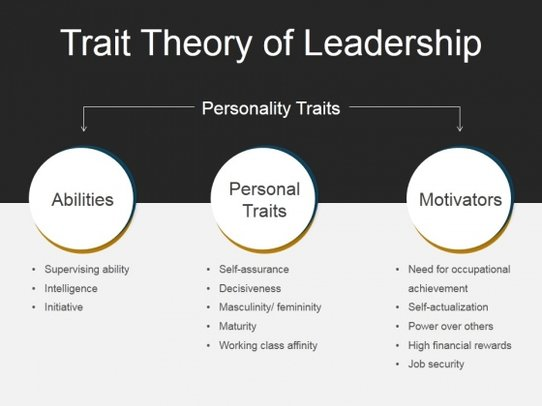 Out of the many theories on leadership, perhaps no other theory simplifies things as ‘The Trait Theory’. As stated by Kalish et al. (2020), Trait theory compares a potential leader with attributes of the previous leaders, both successful and unsuccessful. Based on birth, educational attributes and other contributing factors the data of previous leaders is used as an index to measure the probability of success of the potential leader.

Sundar Pichai was born in a middle class Indian family in Tamil Nadu. He had great prowess in dealing with numbers from a very small age. As mentioned by Sanchez et al. (2018), when all the great and successful leaders around the world throughout the ages are seen as an index, certain skills pop out much more prominently than others. Such qualities like calm nature, confidence, learning agility, resilience are all seen in Sundar Pichai. Therefore, it is safe to assume that he would do just as good as the previous great leader of the world.

From the above discussion it can be concluded that the calm and resilient nature of Sundar Pichai is the fundamental reason behind his successfulness as a leader. Though it is often thought that to get to the top of the chain of command one needs to follow the office politics and the chain of command. However, Sundar Pichai proved these all to be false as he get to the position of CEO through sheer hard work and vision for the future. It has been found out that a good leader can run a company smoothly; a great leader however, takes the company to new heights of glory that it previously never achieved.

Whittington, R. and Yakis-Douglas, B., 2020. The Grand Challenge of Corporate Control: Opening strategy to the normative pressures of networked professionals. Organization Theory, 1(4), p.2631787720969697.