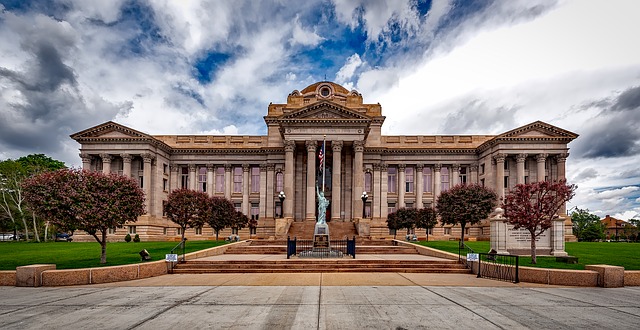 Discrimination may be seen as an individual’s prejudicial treatment which has its basis on the membership of a certain category or group and is very likely to have adverse effects upon the health and the well – being of the victims.

Discrimination at workplaces might vary from the systematic denial of the rights of people on the basis of their sexual orientation, age, ethnicity, religion, gender or on any other such criteria to other more casual verbal abuse which hints towards such characteristics.

Several studies which are concerned with discrimination at workplaces (Gutek et al., 1996; Goldman et al., 2006) have developed comparatively differently from the studies which were concerned with various different other sorts of negative actions which are carried out against members of an organisation including verbal abuse by the customers, abusive supervision, incivility, bullying and workplace violence.

This essay will be focused on the organisational justice theory and its explaination on how the perceptions of the employees affect the level of job – satisfaction as well as the well – being of the employees.

In an establishment, a person might have to face a lot of discrimination from a lot of people. In this essay, we would try to highlight the 4 potential doers of discrimination (visitors, patients, co-workers, and managers) in order to properly gauge how the adverse effect of discrimination upon the well – being of the victims vary in strength on the basis of perpetrator’s relative power.

We would also discuss about the various adverse effects of discrimination and how it explained by how it influences the sense of organisational justice of the people.

The present essay revolves around the subject of discrimination that people are often subjected to at their respective workplaces.

As well as the magnitude of the reaction of the victims to the aggression to which they are subjected to vary on the basis of the perpetrator’s power, the studies and researches conducted on the subject of aggression has also taken into consideration the manner in which the perceptions of justice would influence the intensity in the reaction of the victims and specifically arbitrate the aggression – strain relationship.

As per this particular theory, aggression is treated by the victims as a form of a reflection of how a particular establishment treats its employees (Barling and Hershcovis, 2010) and hence, when such acts of aggression happen, individuals would reappraise the manner in which they perceive the idea of justice within the establishment.

The central idea behind a lot of the discussions that have happened over the past several years have been on the idea of inter – personal justice (Rupp and Spencer, 2006), however, inter – personal justice is connected with discrimination and aggression by definition as such, adverse actions might mean that individuals are not regarded with the “respect, dignity and politeness” (Colquitt et al., 2001) which characterizes an inter – personal interaction.

Procedural justice is connected with the transparency and the fairness of the procedures through which various decisions are made – for instance decisions involving the allocation of justice – and the resolving of conflicts whereas, distributive justice is that form of justice which is connected with justice in the amount of resources or rights that are received by an individual (Greenberg, 1987; Coloquitt, 2001).

As large and public establishments or even organisations increasingly make their policies more explicit towards discrimination and aggression at workplaces, they would provide an idea of no tolerance for such conduct.

The theories of organisational justice (Greenberg 1987; Coloquitt, 2001) make the suggestion that the attributions of an individual’s negative fate towards an establishment would result in the employees to raise questions with regard to the fairness in the procedures of the organisation as they have the assumption that the establishment would have effective processes in place so as to make sure that its members are given the right kind of treatment.

Hence, one would consider the various acts of aggression, inclusive of discrimination, to result in the differences in the procedural justice of the victims.

The employees might also regard the acts of aggression, including discrimination, as compromising in the job’s intrinsic rewards or even as a negative reward which is not a fair exchange for the efforts that they had had expended in the job. This would indicate that one would like them to alter their idea of distributive justice when they have suffered the consequences of aggression.

The theory of organisational justice gives an explanation as to why the perception of the employees of both the distributive and the procedural justice might influence the level of their job – satisfaction as well as their well – being (Cropanzano et al., 2001).

When employees are made to deal with injustice in their goal of obtaining their required goals at work, it sends a signal to the employees that the organisation does not value their efforts and this result in the violation in the essential social norms.

Hence, it appears very apparent that the perceptions of organisational justice might influence the effects of discrimination in workplace upon the level of job – satisfaction as well as on the well – being of a person.

A group of researchers have concluded that both procedural justice and individual interactional perceptions have mediated a connection in between the undermining behaviour of the co-workers along with job satisfaction (Duffy et al., 2006).

Another researcher came to the conclusion that the connection between a range of outcomes of the employees including work – to – family conflict, organisational commitment, emotional exhaustion, job dissatisfaction, anxiety and depression and the abuse from the seniors were either partially or fully mediated by a certain degree of distributive, procedural and interactional justice.

It might therefore be argued that organisational justice can mediate the influence of discrimination.

A very notable aspect of both Tepper’s (2000) and Duffy et al.’s (2006) studies is the fact that both have conducted studies on the acts of aggression from the insiders in organisations and have studied aggression from one particular source (managers and co-workers).

Hence, it is difficult for us to gauge if discrimination from various other sources would have an equal amount of influence upon the perceptions of justice and if hence if the potential mediation’s strength would be equal across all other sources.

Insofar as organisations are seen possess more control over and accountability for the insiders’ behaviours, it might be expected that the organisational justice’s mediating role would be bigger in the insider – discrimination – satisfaction / well – being relationship as compared to the outsider – discrimination -satisfaction / well – being relationship.

Also, it is pertinent to mention here that , managers are generally regarded as both the inventors as well as the custodians of organisational policies and hence any sort of violation by the mangers would result in raising questions upon their depth and authenticity.

While the coworkers generally abide by the policies of the organisation, they might not necessarily be in support of them and neither do they invent them. Hence, the connection between the discrimination from the coworkers and the perceptions of justice has to be weaker as compared to when managers indulge in such acts.

Nonetheless, organisations do try to regulate the outsiders’ behaviour in several ways, for instance, by giving out warnings that any form of discrimination or aggression towards the employees will not be accepted and that the establishment would undertake severe legal action against those indulging against such activities.

Therefore, it might be argued that, discrimination from the outsiders might also very well influence the organisational justice perceptions, although not as strongly as when such treatments are done by the insiders.

Rupp, D. E., & Spencer, S. (2006). When customers lash out: The effect of customer interactional injustice on emotional labor and the mediating role of discrete emotions. Journal of Applied Psychology, 91, 971–978.

Colquitt, J. A. (2001). On the dimensionality of organizational justice: Construct validation of measures. Journal of Applied Psychology, 86, 386–400.