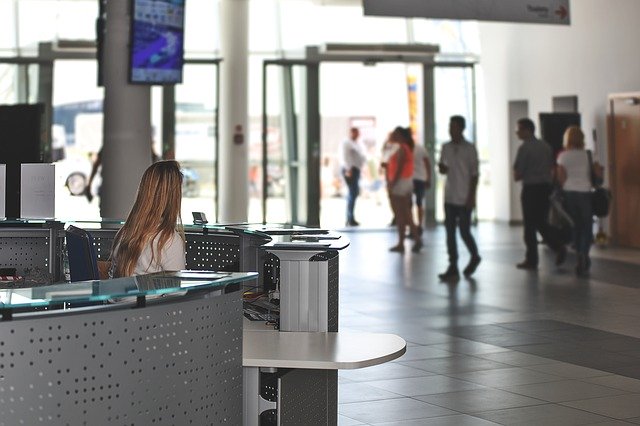 The heavy traffic was due to the fact that the park is located on Commonwealth land and has been a center for leisure, unwinding and recreation for the people such as bushwalkers, cyclists and family picnickers living in that area. However, this heavy traffic has affected the serenity offered by the park to these visitors and increased vehicular access only worsened the scenario.

Therefore, this bill has been passed and it suggests no vehicular access to this park (Legislation.wa.gov.au, 2001). However in this scenario, vehicles can be elaborated as the object which can lead to traffic and it does not applicable to objects like bicycles as this does not come under the segment of vehicles.

As stated by the Section 5 of the Act, only vehicle would be restricted while getting entry into the park and Mary has not been driving any vehicle. Therefore, the park ranger did not have the authority to hold her access to the park on any legal ground.

Moreover, other factor needs to be taken into consideration such as for the last 20 years, Mary had been visiting this park every weekend for cycling. Hence, she had been a regular visitor and entitled by law to access the park. Thus, in this scenario, the steps taken by the park ranger by blocking Mary to have access to the park were quite irrational and do not come under the provision stated by the Bill.

Evaluating the case it has been identified that Yvonne decided to leave her bag that consist of notebook computer and her other personal belonging to the Western Rail Cloakroom, where she paid $ 5 and received a ticket at the counter.

There was a signboard above the counter which had conditions written on it, the instructions were also being in scripted on back of the ticket where several clauses related to Western Rail were stated one such was that Western Rail will not be responsible for any package that exceeds the value of $ 50.

Once, she returned and presented her ticket she found out that her notebook laptop worth of $ 2500 and personal valuables of $ 500 were missing. No, as per the policy of Railway Safety National Law Act 2015, Yvonne cannot claim for the full loss of $ 3000.

As, per the legislation if any passenger has belongings of more than $ 50, then it is of their consent to convey it to the concerned authority about the belongings (Onrsr, 2019). If Yvonne had reported that she had personal belonging of more than $ 3000 then the authority would not have issued her a $ 5 ticket.

There is whole different provision for the electronic gadgets for which there is other set of policies such as the individual had to fill up the personal details along with information of their belonging upon which the value of ticket would have been generated.

Therefore, based on the law of Railway Safety National Law Act 2015, it cane stated that Yvonne cannot claim for her loss as she failed to provide all the details to the authority of Western Rail Cloakroom (Parliament, 2019).

Although, she cannot claim for the full loss of $ 3000, but she can file lost and found complaint with the railway authority, where she needs to address full details about her belonging and as per the law of Railway Safety National Law Act 2015, it will take 7 working days to process her complaint and if the lost items are found then it will be communicated to her accordingly.

B.   Would your answer be different if Western Rail had allowed a third party to claim Yvonne’s big and contents inside without producing a ticket for it?

Yes, if Western Rail had allowed the third party to claim Yvonne’s big and contents inside without producing a ticket then my answer would have been changed. My answer will have been different as because in earlier situation Western Rail had provided ticket which had all the information on back of it, and there was clear instruction that if the goods are of more than $ 50, then the management will not be responsible if the items gets lost.

Therefore, it was her duty to read all the instructions carefully before depositing their valuables with the Cloakroom. While, evaluating this case it has been noticed out that Yvonne did not pay attention to the instructions and deposited her belonging, therefore it was on her own risk and therefore she did not hold any passion to claim for her compensation as she lost her belonging of $ 3000.

Whereas, in this case if Western Rail appoints third party and it does not provide any ticket to Yvonne as she decided to keep her belonging with them, then the third part holds the responsibility of providing full compensation for the loss of her personal belongings.

As, the third party neither provided any tickets nor did they provided any specific instructions to Yvonne therefore she can claim for her loss. Moreover, under the law of Railway Safety National Law Act 2015, if the personal belong of the Passengers gets lost under their supervision then the Railway Department holds the accountability of paying the compensation to the passengers (Legislation, 2019).

Therefore, evaluating the situation it has been identified that if the third party does not provide any ticket or instructions then Yvonne has the right of claiming for her lost items.

C.   What if there had been no sign above the counter or on the face of the ticket that directed her attention to the conditions on the back of the ticket?

If there had not been the situation where there were no instructions above the counter or no mention of any instructions in face of the tickets than it would have been possible for Yvonne to claim for her lost belonging of $ 3000.

It was the instruction that made her restricted to sue Western Rail as because as per the guidelines if any passengers had any costly items then they should report it to the Railway authority so that they can issue special tickets against it. But if the situation were being different such as if the ticket provided to her had no conditions then the situation would been different for Yvonne.

Such as Under the Railway Safety National Law Act 2015, if there is no provision of instructions mentioned with any tickets or no guidelines mentioned then the Western Railway will be liable to pay for the compensation of lost items that Yvonne has suffered due to the negligence of the concerned authority (Austlii, 2019).

Moreover, there is also a provision that has been laid down by Railway Safety National Law Act 2015, such as if there is no instructions clearly made by the railway management then they will also might have to suffer from legal consequences if any belongingness of the person get lost under the surveillance of the railway management.

Hence, if there were no instructions then she could have been claiming for her belongings from the Western Rail, furthermore if any damages would have been suffered by the product then appropriate compensation needs to be provided to the railway management.