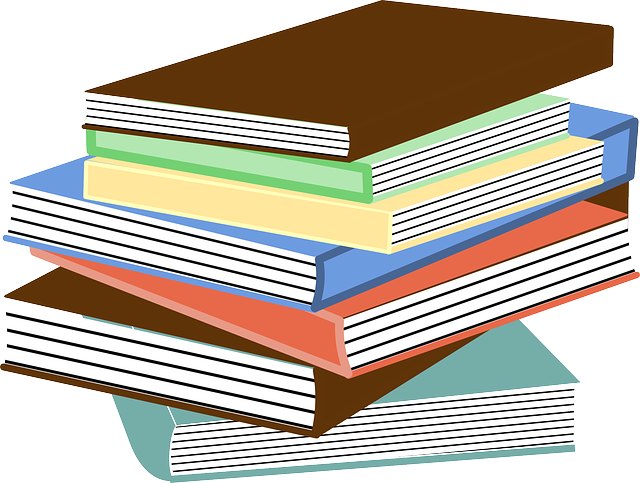 As all the variables have same value which indicates the null missing value in the statistics in the field of normality of the following distribution of cholesterol values.

From the descriptive values, it has been analysed that the mean of the cholesterol value is 5.99 with standard error of 0.24 and 5% trimmed mean is reflected as 6.01. The median, variance and standard deviation for cholesterol values are 5.75, 2.473 and 1.572 respectively.

Shapiro-Wilk test highlights if the random sample is obtained from normal distribution and it is a test of normality (Hanusz, et al., 2016). Kolmogorov–Smirnov test (KS test) helps to determine if the datasets vary significantly or not (Hassani & Silva, 2015). The normal distribution test or test of normality has been conducted through following Shapiro-Wilk test and KS test.

From the Shapiro-Wilk test, it has been found that the significant value for cholesterol is 0.121 which is greater than 0.05. So, the cholesterol values are stated to be normally distributed. Shapiro-Wilk test is also considered as very useful in the cases where the number of observations is very much less in relation with the same value. 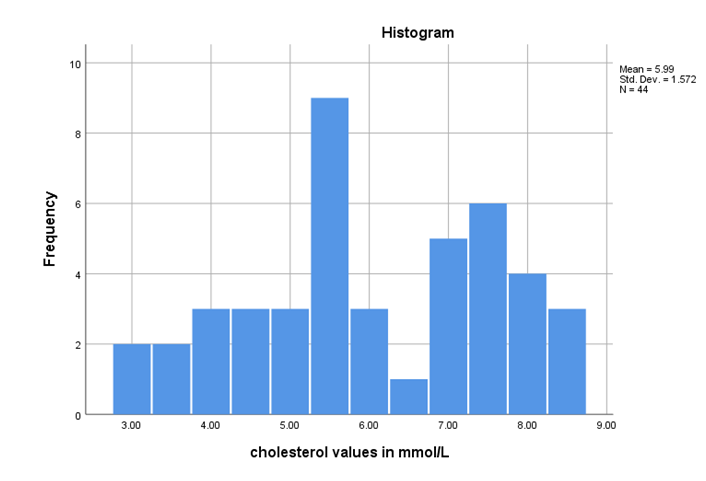 Shapiro-Wilk test is also considered as very useful in the cases where the number of observations is very much less in relation with the same value. 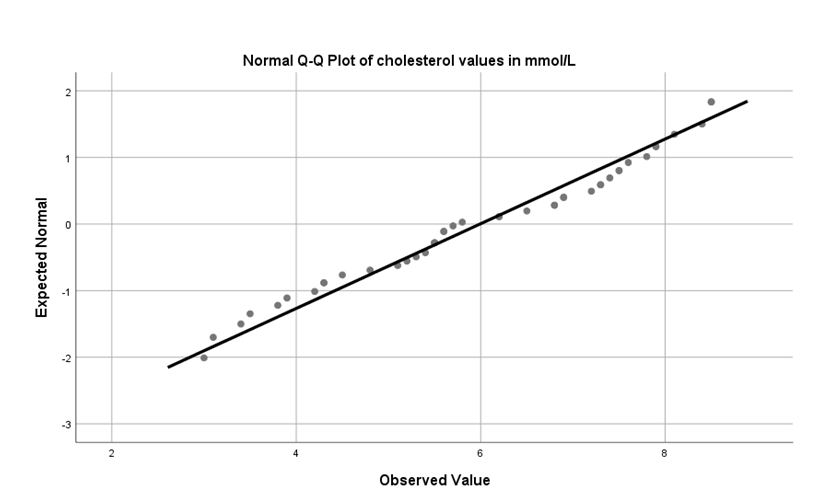 The difference in outliers is demonstrated through the detrended normal Q-Q plot which reflects that the observed values have differed with that of the standard one. The pattern of Q-Q curve helps to showcase the approximated normal distribution of identified cholesterol values.

From the figure of Boxplot, it has been identified that the line across the summary plot indicates its median of 5.75 and outliers belong to the range of 3 to 8.5.

From the statistics, it has been analysed that the null hypothesis is not included in the cholesterol values and the mean, mode and median of the dataset are identified as 5.99, 5.50 and 5.75 respectively.

Having the variance of the sample as 2.47, the maximum and minimum sample is also identified as 8.5 and 3 respectively. Moreover, 95% of the distributed sample of cholesterol are included under confidence interval which is also reflected from the below figure.

The original or true value must lie in between the upper and lower limit of 95% confidence interval which reflects the normal distribution.

For developing the hypothesis, the group of participants is distributed on the basis of three pairs which are aerobic capacity, systolic blood pressure and body fat. For the constant sample size of 13, the mean and standard deviation for thehealthy weight group is 46.34 and 8.13 respectively. The mean and standard deviation forthe overweight group for SBP are 136.53 and 5.79 respectively.

The standard error mean of three dataset is identified as 2.82, 1.79 and 1.894 respectively. The original or true value must lie in between the upper and lower limit of 95% confidence interval which reflects the normal distribution.

For the group of overweight, it has been identified that the standard deviation has been changed from 6.86 to 5.14 which demonstrates the slight change after training.

For the sample size of 13, the correlation of the aerobic capacity for group 2 is demonstrated as 0.912.

The original or true value must lie in between – 3.86 to -0.209 of 95% confidence interval which reflects the normal distribution.  The mean of the group is also identified as 2.03 with standard deviation of 3.025.

Null hypothesis: There is no difference in the preference of a particular diet.

Alternate hypothesis: There is a significant difference in the preference of a particular diet.

Therefore, null hypothesis is accepted. Since the significance value as suggested by Anova test is above 0.05 for both the variables, therefore there is no need for post hoc tests.

From the results of the Anova test, it can be said that there is a statistical significant difference between the levels of the independent variables i.e. difference is observed in systolic blood pressure due to the exercise lasting for 24 weeks, 12 weeks and 6 weeks.