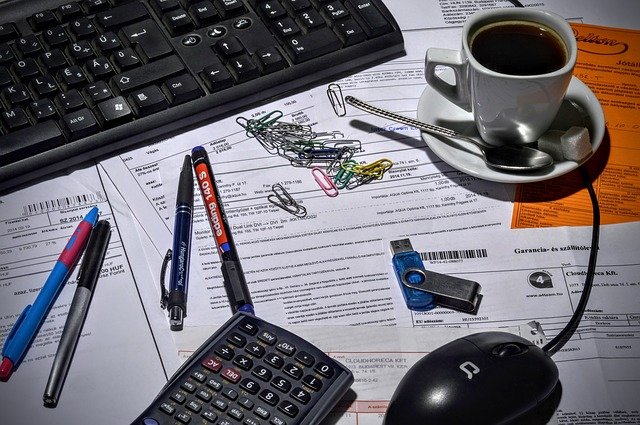 The proposed solution is fair value accounting for the valuation of fixed assets. The board of the company should adopt this proposal. It is because this revaluation method will be useful to improve the fairness of the company’s Statement of Financial Position in the current context.

So, the key advantage of this revaluation method is the accurate valuation of assets that enhance the fairness of the financial position of the company.

On the other hand, this also provides the true income as it restricts the firm to maneuver the total income reported in statement as it is necessary for the firm to report any gains or losses from any price change in assets or liability in the period in which they occur (Henderson et al., 2015).

At the same time, it is based on the most agreed standards of accounting as it is widely accepted due to tracking all types of assets. Along with this, the use of fair accounting method enables the firm to survive in the difficult economy because it allows for asset reduction within the market where the business is facing difficulty in surviving in the downward economy (Christensen & Nikolaev, 2013). So, the board should adopt the director’s proposal.

The purpose of impairment testing is to assure that the assets are not carried at an amount exceeding the recoverable value. By using the revaluation method, the carrying amount of assets can be increased or decreased as per the changes in fair value.

If the impairment losses are ignored during the revaluation process, the risk of overstatement may be increased that may cause false presentation of the financial position of the company. Impairment testing is effective to test when the assets lose the value. For example, intangible assets like goodwill are tested for impairment annually.

So, it can be stated that impairment is relevant to assets that are carried under the revaluation model and these assets need to be tested under impairment (Darrough et al., 2014). There is a need to bother testing land and buildings for impairment.

AASB 13 standard is used to define fair value as the price that shows the market or current price of the asset. From the annual report 2018 of Medibank, it can be evaluated that the fair value method is used to measure the financial assets through profit or loss, land and buildings.

All these financial assets include Australian equalities, international equalities, property, infrastructure and fixed income. These are the listed and unlisted securities held by the Medibank health insurance fund backing the insurance liabilities and reported at fair value on initial recognition (Annual Report, 2018).

In addition, the investments which are made in listed and unlisted securities for trading purpose in short term are also measured by using fair value method.

3(b) Disclosures regarding the fair value measurement of assets

According to AASB 13/IFRS 13 Fair value Measurement, there is a need to consider the characteristics of the asset or liability in fair value measurement. The condition and location of asset is considered along with the limitation on the use and sales of asset.

As per this disclosure, the impairment is applicable for assets except goodwill whenever changes in conditions show no possibility of recovery of the carrying amount.  An impairment loss will be recognized o exceeding the asset’s carrying amount than the recoverable amount (Annual Report, 2018).

In the assessment of the value-in-use, the future cash flows, which will be determined, are discounted to their present value with the use of discount rate showing the current market conditions of the time value of money and risk related to the asset (Taplin et al., 2014)

Along with this, the balance sheet statement of Medibank also shows the disclosures regarding the fair value measurement of assets. In the column of current assets, it is given that fair value method is applicable to financial assets through profit or loss (Annual Report, 2018).

Apart from this, in Notes to the consolidated financial statements, note 1 also shows the disclosure of the fair value measurement of assets. This note 1 is related to the basis of preparation showing the measurement of the financial assets based on fair value through profit or loss.

Fair value method is used for the land and buildings while present value of estimated future payments is considered in measuring claims liabilities. In addition, note 7 also reflect the fair value measurements of assets showing the financial assets measurement at fair value.

According to this note, the investments in listed and unlisted securities possessed by Medibank’s health insurance fund are considered under the financial assets which are masured at fair value (Annual Report, 2018).

Moreover, the investments in listed and unlisted securities for the trading are also measured at fair value on initial recognition. fairvalue is used to measure these assets and the net investment income consider the profits or losses in the income statement (Chea, 2011).

3(c) Assets are tested for impairment

It is effective to conduct because of the impact of changes in the value of assets due to the effect of any internal and external factor causing less worth as compared to starting value in the financial statement.

Impairment is related to the unexpected and sudden decline in value of the assets of the organization (Abughazaleh etal., 2012). It is used for the assets on which accounting charges depreciation.

At the same time, this test can also be conducted on selling any physical assets to determine the accurate value of the assets at the time. In addition, in the financial market, the investors also conduct the impairment test to buy an asset to make the decision whether it should buy or not.

3(d) Disclosures regarding the impairment of assets

According to AASB 136/IAS 39 Impairment of Assets, it is required for the firms to present disclosure for the impairment of assets. From the annual report 2018 of Medibank, it is revealed that there is an impairment allowance for the trade receivable as it is recognized that is written off against the allowance account.

Any impairment loss on trade receivables is considered within other expenditures in the income statement of the company. Apart from this, there is also a disclosure for the impairment of the fixed assets which are depreciable.

For this, it is presented in the balance sheet of the company that the property, plant and equipment are impaired (Annual Report, 2018). There is an impairment accounting policy for the impairment test of the long term assets.

The firm recognizes the impairment losses by measuring the exceed value of the asset carrying amount than its recoverable amount. For Medibank, there is impairment for the intangible assets including goodwill, software and customer contracts and relationships.

The value of fixed assets including plant, property and equipment has declined from the year 2017 to the year 2018 for Medibank (Annual Report, 2018) as the impairment test can be conducted for the measurement of impairment of these assets for the organization (Camodeca et al., 2013).

In addition, the basis for measuring the assets is fixed assets, so the impairment test avoids the other assets in the balance sheet. At the same time, the parent Entity Financial Information Accounting Policy of the firm also discloses that accumulated impairment losses are considered for investments in subsidiaries that raises the need for the impairment test in the financial statements of Medibank.

So, this downward revaluation is categorized under the expense until there is an increase in the previous revaluation for the specific asset. It compensates the loss and is recognized in other comprehensive income (Chen et al., 2014).

Camodeca, R., Almici, A. and Bernardi, M., 2013. Goodwill impairment testing under IFRS before and after the financial crisis: evidence from the UK large listed companies. Problems and perspectives in management, 11(3), pp.17-23.

Chea, A.C. 2011. Fair value accounting: its impacts on financial reporting and how it can be enhanced to provide more clarity and reliability of information for users of financial statements. International journal of business and social science, 2(20).

Devalle, A. and Rizzato, F., 2012. The quality of mandatory disclosure: the impairment of goodwill. An empirical analysis of European listed companies. Procedia Economics and Finance, 2, pp.101-108.