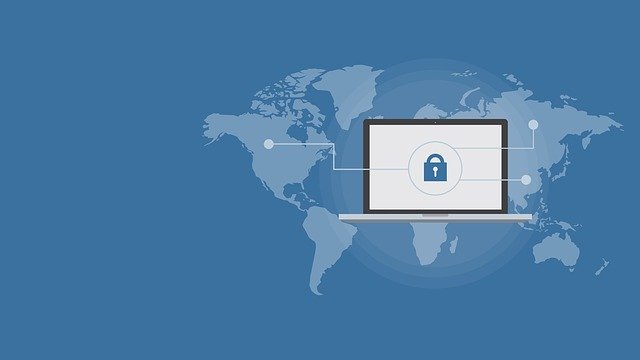 Security Issues Uav/Drones and How to Mitigate Them

A Review of Literature

Abstract: Unmanned Aerial Vehicles (UAVs) or commercially know as drones, have taken the technological development to new heights. It has   imposed itself highly with the varied uses such as, surveillance, photography, transportation and many others, in social and commercial platforms.

Beyond its uses, it has also become a social threat due to its vulnerability and use in harmful activities such as domestic accidents, smuggling and terrorist activities. This study shows both the views ad ways to make it safer and beneficial.

Unmanned Aerial Vehicles (UAVs) or drones commercially called are smaller pilotless aircrafts that are operated by humans using remotes or automatic travel pre-programmed by the designer or even robots. They come in varied size and capacity based on its usage and prevalence.

The usage of UAVs/ Drones has started to dominate the present world in an exponential form over the last Decade [1]. Initially the availability was restricted over army and military surveillance purposes alone.

Due to recent technological development and the commercialization and easy availability to the younger generation in small compact sizes, the threat of security posed by this equipment also started to grow high.

The usage of it has widely spread from surveillance to cartography, traffic monitoring, detection, radar, emergency supply, disaster management, marriage to selfie and many more [2].

The day by day usage of drones keep on increasing due the increase in technology and the number of users, the way in which the drones performed in earlier days have changed a lot and the demands of updating of the newly synthesized drones have gone high with the interference of cloud and internet applications.

While the drones pose great help it is also used in evil aspects of surveillance and execution of terrorist attacks, smuggling, and many more illegal activities [3].

The present generation have started to use the drones in varied forms, from the utility basis of surveillance, photography it has moved on to a higher dimension of taking up the usage to transportation, detection, domestic purpose and to lots of illegal purposes too,  some of which are listed below,

The drones are used to view places that are vulnerable to threat and attack [4]. Places that are unsafe to travel or move around, like invasion of wild animals into the street to travel of places filled with land mines, drones can be used for better safety purpose, it can be used easily over these areas to have a clear view of these areas without risk.

It paves way to build a strategy to face the threat in a safe mode [5].

This involves from borders upto domestic security. It can be used to monitor perimeter of a country, prisons, college campuses, parking lots, using infra red or thermal imaging techniques it also can be used for surveillance in night [6].

When faced by unknown threats, it’s never advised to go around and check in personal, hence drones can be used in these situations to move around the corners and find the threat without being harmed, based on the threat security measures can be taken properly [7].

The drones nowadays are used for various detection modes like radar that can be used for air surveillance in large aerial airspaces and also for domestic flights travelling in short altitude and also for detecting fast moving vehicles. They are used for transmission of radar signals in security threat areas [8]. 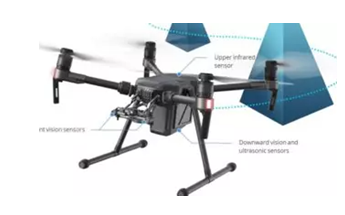 Recently the drones were designed in some form known as rotorcraft or quadcopters that are capable of carrying a load of few kilograms. Now these drones have secured a high place in recent era, for delivering goods, medicines, relief materials, etc,

Recently, these drones have also been used in the transport of human organs in short time avoiding the high traffic present. The usages of drone are kept on multiplying as the year and technology moves on [9].

The number of drones being operated in our domestic landmark had increased in a subtle manner [11]. The kids who get hold of the drones try to use them in an undefined manner thus, bypassing the rules and regulations. Due to hyper activity sometimes the drones get crashed on houses, trees, streets and traffic poles too. Along with the increase in drone numbers so is the number of crashes [12].

The drones when not operated freely miss its trajectory and land on people on the streets and vehicles travelling down the streets causing injuries and accidents. The drone when bypasses into a flight runway can lead to accident of flights does causing huge damage of property and human lives [13].

The drone which flies higher has the tendency to bombard on electrical wires and cause power failures.

Some fans try to watch the players during games using their drones, which at times pose a threat of accident [14].

The drones sometimes get in the airspace and create hindrance and threat to flights and air ambulances. A simple passage of a bird does create a huge threat, the drone can cause even more to the lives and properties in larger manner [15].

The drones, for these purposes are used in a high level in current era. Smugglers have found the right use of drones, which doesn’t need any police interruption or fear of being smuggled through places [16]. 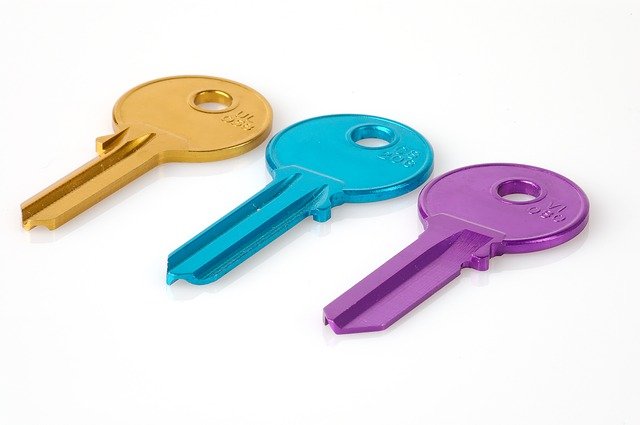 The main threat at the present situation is the use of drones in an unauthorized manner by anyone, without knowing the usage and benefits. This is the simple threat that i want to discuss in the current scenario.

Nowadays, drones have started to replace birthday presents, which means even a 5 year old gets access to drones [17]. Keeping the lack of open space in city like environment the kid is urged to try out its first ride on top of his home, which is not a free airspace.

As not supervised properly by parents or elders the kid is urged to try new stunts that mostly result in accidents. When a kid runs a drone it is a must entitled rule that parents or elders must supervise, or else take them to an open air space for their try outs. These simple steps can save many and also household things.

Smuggling drugs have become higher after the introduction of drones. Though police is around the corner looking out for drug trafficking, drones silently and subtly use to distribute these drugs overhead.

The way in which these can be controlled is not yet a method of cause. On the production base the drone companies must bring about the introduction of fingerprint.

Every drone must have a finger print scanner to receive and open the drone access as we use for mobiles. This one improvement in technology can bring down the issue to a lesser level.

Each drone must have a finger print detector, which during installation must be connected to the company through email, thus the company will harbour the information of the user along with his fingerprint.

This would suggest access only to the elders of the house, hence takers cant be the keepers and also not everyone will have the access to the drone without the permission of the household.

In any way the surrounding society undergoes any trouble or any sort of accidents happen around, the elders based on their finger print registered would be arrested. This will reduce the access of children to the drones without parental supervision.

Another major threat is smuggling and drug trafficking, due to the introduction of finger print only person can access the drone, so for every moment the said person is needed for travel.

The police if they identify the drone they can arrest the person easily without guessing on the person. As it is fully finger print oriented, if the finger print matches with the police database it even pave a way to identify the culprit when they smell any crossover of rules and regulations [18].

If possible introduction of GPS tracking in drones that are used for transport should be done in a mandatory base. This can be tracked by police or defence whenever there is an emergency situation.

This not only helps in tracking for supplies but also could give a list of the people purchasing such kind of drones, as all illegal workers don’t go for surveillance drones mostly but prefer taking up drones that can carry goods.

This can give us an easy access to the purchasers list and if anything wrong happens you can directly go and get hold of them without any wastage of time in search.

The invasion of drones in domestic skies have raised not only national threat but also domestic threat which needs to a major security concern that requires careful study and a creative goodwill solution too.

The easy effective way out could be getting a property rights for all the drones but they cannot stand long for time constraint, as newer generation keep updating drones as they update their mobile phones.

The security threat posed by new generation drones have increased day by day, and the purpose of the usage of drones are expanding along. The beneficial fact of the drones have reduced to playing, taking marriage photos and selfies whereas, its usage has gone high in illegal sides, like drug trafficking, planning terrorist attacks, bomb blasts and many more.

The only way to bring down the illegal issues is by introducing fingerprint technology within drones and storing that data in cloud of the company. When the security level of drones is also updated to the level of mobiles, the chances of using the drones for beneficial purpose alone can be reinstalled.