The essay is based on the impact of the global mega sporting event of “FIFA World cup” that was organised in Brazil. The FIFA world cup displays the talents and skills of the best players in the world after every four years (Live-production.tv, 2020).  The FIFA world cup of men football was organised in 2014 in Brazil and it took place from 12 June to 13 July of 2014.  About 32 national teams were invited from all around the world to display their talents and skills in the field of football, sporting and aging world trophy. The economy and culture of Brazil got greatly impacted due to the organisation of the mega sporting event. The mega sporting event of FIFA world cup organised in Brazil got great advantage in their tourism sector. Tourists from different countries came to attend the 2014 World cup.  About 64 matches of football took place in the 12 stadiums or venues located in the different cities of Brazil. This helped in bringing great economic benefits to the country.  The investments required for building the stadiums were also high for the Brazil government.

The 2014 “FIFA World cup” got organised in Brazil and it impacted the social culture of the country to a great extent. This Global mega supporting event attracted many tourists from all around the world due to which the government of the country decided to build huge stadiums all across Brazil.  About 3.2 billion tourists from other countries came to watch the 2014 FIFA world cup organised in various cities of Brazil (Fifa.com, 2020).  The local community of Brazil faced lots of issues due to this global mega sporting event organised in their country. The non-profit organisations that come for attending the event can help the society positively.  Tourists coming for the mega sporting events can help in expanding the tourism systems of Brazil. For making stadiums for this sporting event the local people of Brazil were forced to move from their places of residence. This was done to provide appropriate accommodation for the tourists who came to watch the football world cup. The local community of Brazil faced displacement issues.

Negative impact on society includes the Brazilian slums were destroyed by the Brazilian government in order to build more hotels and restaurants for the tourists coming to attend the sporting event.  People living in those areas did not receive money for their vacated homes and areas. Most of these people started living on streets and those who were left were forced to not pursue their “Favela culture” during the sporting event of “FIFA World cup”.  In the viewpoints of Ronchi and Arcidiacono (2019), “Favela” is particularly a shantytown of Brazil that is located on the outskirts of big cities of the country.  The funds for organising FIFA world cup were greatly mismanaged because of the corrupted government and high inequalities in pay scales.  The local people of Brazil were not happy with the world cup as it was greatly affecting their culture and economy of the country. The country decided to host a global event of the FIFA world cup so that they can generate great profits with tourism. It did not get much profit rather it only affected the lives of local communities and the social culture of Brazil. The money of the poorest people is used in the building and cleaning of stadiums, repairing the infrastructure. The impact of the mega-events like FIFA World Cup is good for the case of the players and to them who only cheers for entertainment and pride for the country but it pays huge for those whose money is being used in the preparation of such mega-events without any kind of justification of why such huge amount of money is used in these cases. Moreover, the normal poor people suffer the most as they get very less money by working and yet they have to pay for taxes and others.

There are different theories and models of tourism that can be best related with the tourism practices that prevailed during the organising of the 2014 FIFA world cup.  The “Lieper’s model of tourism systems” comprises of three main elements of tourism that helps in understanding the tourism system appropriately.  The three basic elements of the “Lieper’s model” are “Tourists”, “Geographical elements” and “Tourism industry” (Séraphin and Mansfield, 2017).  The “Geographical elements” in the model are further divided into three main categories that are “Traveller-generating region”, “Tourist destination region” and “Transit route region”.  The different theoretical models for tourism are the “descriptive models”, “predictive models” and “explanatory models”. 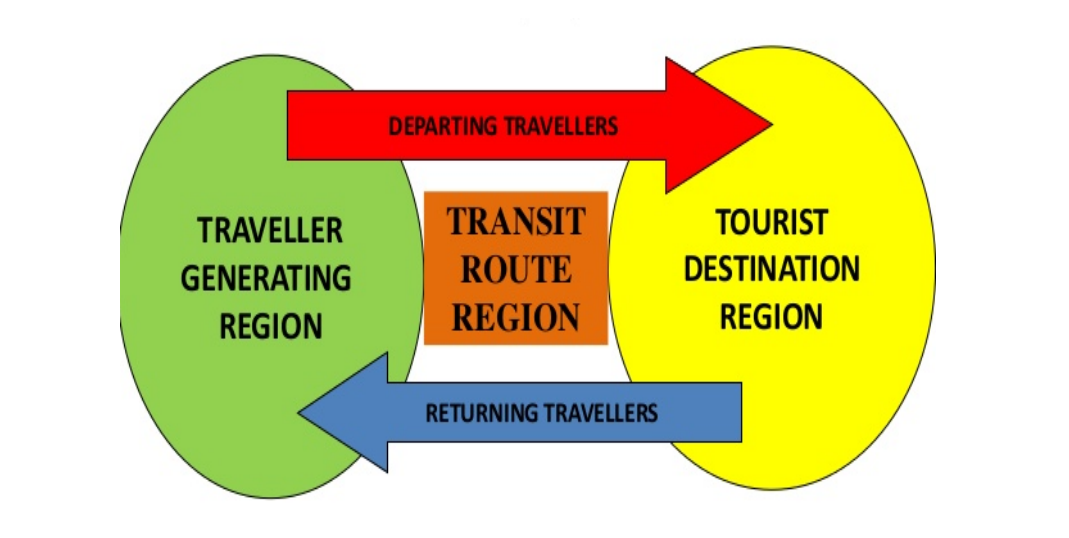 (Source: Based on Séraphin and Mansfield, 2017)

A “Descriptive model” helps in depicting the tourism systems and “explanatory model” helps describing the subsystems and systems of tourisms.  The theories of tourism help in understanding the travel behaviour and consumption pattern of the tourists. The applications of various tourism theories can be used by the countries organizing mega sporting events. This is because they can get to know about the number of tourists arriving for the event and what arrangements need to be considered before their arrival.  Tourism theories help in providing appropriate management of the tourists by providing the proper accommodation and hospitality services (Lamers et al. 2017).  The transportation and other essential facilities also need to be considered before attending tourists. The local communities should also be taken in consideration before managing the tourist systems. The country needs to emphasize on managing tourists without harming the culture of native people as done by Brazilian government.

According to de Nooij and van den Berg, (2018), politicians are generally interested in hosting various mega sports events that are very popular all over the world. This is so because the politicians will be able to bid the forecast of the events or the sports that will take place in the mega event. The economic analysis of various countries are analysed during the hosting decision of the mega-events as the economically strong or moderate companies will be only given the chance to host such a mega event in their country. On the other hand, the politicians can infer gains positively through the ghosting of this type of mega-events in their countries from the literature. As the people of the country seem very proud and happy, therefore, these gains are earned as politicians from the minds of the common people who feel very blessed and proud to be a part of that country.

Similarly, another study suggests that mega-events can make the status of the country uplifted in the minds of the people residing in the country that is hosting the mega event there. However, there is major talent draining from one country to another due to the major lack of credits given to the deserving candidates and thus, it can cause discouragement. On the other hand, as per the ideas of Liu, Hautbois and Desbordes, (2017), the hosting of mega-events can also help in engendering the sense of belonging and boost the pride and feel-good factor among the residents who are associated with the participants of the mega-events. Moreover, this feels good factor can also encourage them to remain responsible for the country’s goodwill and pride in the final representation of the country while taking part in the event. This will thus help the country to develop patriotism among the people who are the residents of the country.

From the above study, it has been found that the hosting of mega-events is helping the upper-class people and those who can bid for the events. However, it has also been noticed that the entire casting of the mega-events like FIFA World Cup is just for entertainment purposes and it helps the players and others associated with the events all over the globe but it can damage the poor people of the country. This is so because the money of the poorest of the people used in the event hosting is affecting these poor people a lot and is affecting them from inside. Thus, it can be concluded that the mega sports events like FIFA World Cup can impact on the people of the country like Brazil negatively due to its huge cost and amount spent on the infrastructural costs.

Liu, D., Hautbois, C. and Desbordes, M., 2017. The expected social impact of the Winter Olympic Games and the attitudes of non-host residents toward bidding. International Journal of Sports Marketing and Sponsorship. http://www.academia.edu/download/56233556/IJSMS-11-2017-099.pdf

Séraphin, H. and Mansfield, C., (2017). A comparative study of tourism and hospitality education in the United Kingdom and France. The Journal of Applied Ceremonial and Communication in Management, 2, pp.55-95.