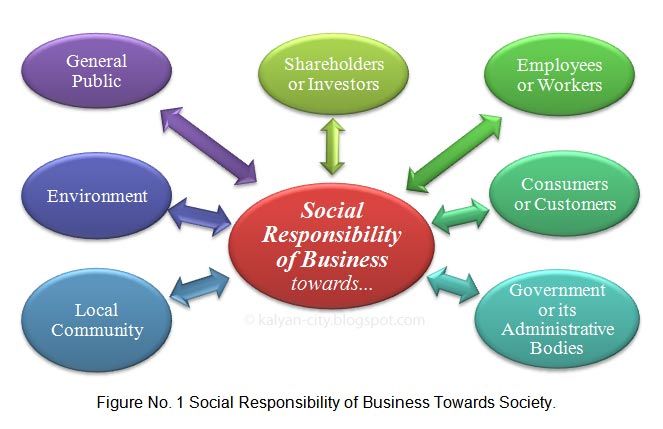 This assignment is about critical analysis of the famous essay of Friedman i.e. ‘The social responsibility of business is to increase its profits’. For critical evaluation different debatable arguments of Friedman have been cited along with the views of others scholars on those arguments.

The literature has also been reviewed for deep understanding of the topic.

In the essay, writer mentioned that the real CSR for a business is to maximize its profit. The focus of the Friedman is on increasing the wealth of shareholders.

The writer tried to make reader accept that the only social responsibility of business is to maximize profit for shareholders.

Friedman is trying to persuade us to accept / reject:

Whenever there is any discussion related to CSR in business the statements of Friedman from his essay has been cited against the points in favor of social responsibility of business.

The impact of his essay is considerable in the business world as well as academic and research areas. Scholars who defend leaders and companies engage in corporate social responsibilities have to either accommodate or refute Friedman ideology.

As suggested by Abernathy et al. http://STRM075 Social Responsibility of Business Sample2017), the only social responsibility is to engage the resources of organization for enhancing the profits for shareholders and this is true up to the level and as per rules i.e.

operating in open and free competition with no intention of fraud or deception.

The managers must face the competition in fair way. Friedman also clarified that price collusion is morally wrong. The managers of companies should act lawfully and pursue the ethical practices of business.

As supported by Agnieszka (2012), the social contribution of business is restricted to job creation, production of products and services people required. He argued that, in a market which increases the roles of managers and reduces the role of government for social development will impact the balance in the society.

Through his essay Friedman made an attempt to convince his readers that business exists just for earning profit. In past, the arguments of Friedman have received wide publicity because of various adverse and supportive comments, but, in present the validity of the arguments is a matter of further critical evaluation.

Sorts of arguments he uses:

This statement along with other arguments of Friedman will be critically analyzed by contrasting and comparing it with other popular related theories like stakeholder theory, sustainability theory that are closely related to business.

The link between Friedman’s arguments and theory will be established to make the evaluation more critical and valid.

Friedman (1970) stated that company’s managers should not indulge in social responsibility practices on behalf of the company. A critical view of the argument provides a glimpse of the assumptions made by Friedman while making this statement-

Unfair – As it directly reduces the profit of owner of business.

On closely interpreting the above points it can be observed that point no. 1 is the main basis behind the comments of Friedman. Hence, if in the review 1st point found to lose its importance than the whole conclusion by Friedman would become without sound base or evidence.

As argued by Bewley and Li (2015), there is no evidence or example explained by Friedman for proving his point true. He added that performing CSR has no cunning or false intension as it is done for the good of the society, and business is also a part of the society.

Moreover, this will help in building favorable image in the minds of the consumers which in some way or other will benefit company in the form of increased revenue.

Arguments are ethically consistent and persuasive enough or not:

Irrespective of influence of Friedman, there has been long tradition of business involved in philanthropy work. Friedman accepts that philanthropy done by individual person such as owners of company is perfectly fine. Some examples in this line are philanthropic acts of Ford, Carnegie and Rockefeller in early twenties along with recent philanthropic work of Warren Buffet or Bill Gates.

As such these personalities are free to use their money in the way they want. However, if companies spend such organization’s money is not ethically right as per Friedman.

The executives running the company have no right to spend money of the company as the money belongs to the shareholders and executives has no authority to spend that money without taking their permission.

Therefore, the practices of social responsibility are allowable up to the level it is done by individual in place of business organization.

On critically observing the above explanation it is clear that the view of Friedman is restricted up to a level under which he wants to fix the responsibilities of CSR on individual basis.

But, it is to be noted that a group efforts are always more than an individual efforts. Further, there are various checks in an organization like accounting of each and every transaction, audit, record keeping etc. which would help in providing more justice to the philanthropy work.

Siesta and Alfred (2015) commented against the theory of Freidman that a business which does not consider society as responsibility will definitely lose the business in long run. Organizations must use their power in the manner through which society gets benefited.

Freidman’s argument is not enough perusing any more like Chen et al. (2015) argues

That showing a business socially responsible is in the favor of business itself. In case, organization fails to make positive image, it might lose the power. As argue by Friedman in his essay, there is a separation between ethical decision and business decision. It is not persuasive enough.

They stand the test of time or have circumstances changed:

Friedman argued that every organization must be focused towards profit maximization; and responsibility for society should be taken by people of society.

On the other hand, Burritt (2012) argues, in the current time in which every executive of the organization is trying to make their appearance as public servant, applicability of Freidman’s theory is a waste.

After globalization, investments are guided by stakeholders that in what they like to spend. As investigated by Freidman, managers are just staff of stakeholder and profit maximization is their duty.

At the time when Friedman assessed these, the term globalization was not in use for people and author. Global economy in the present time disappeared Friedman’s theory.

In the present circumstances, individual and companies are required to remain active on social media. There is no alternative left before the companies as all their stakeholders get connected on this single platform. Any action of company becomes a matter of discussion on social media which affects its image at huge level.

Had Friedman’s view to be followed, then it will create an image of company which sole aim is to earn profit with no responsibility towards the society. As suggested by Chauvet et al.

(2014), such image occurs much loss to the company than its spending on social responsibility. Even employees of companies feel proud to share any decision or act of their company for society benefit on social media sites like Facebook twitter etc.

Therefore, practicing corporate social responsibilities is not a choice before a company but a compulsion which when effectively plan not just increase goodwill of the organization but will also help in retaining customers, increasing customer base, motivating employees, better cooperation form social bodies, and more. Hence, now the circumstances has changed requiring broader and holistic outlook.

Alternative perspectives are there to Friedman’s:

By applying the stakeholder theory in the business more fiscal success can be expected in terms of more competitive advantages, decreased cost, legitimacy and creative synergies, increase and reputation etc.

The sustainability theory investigates the corresponding exchange between changes in development of environment after activities performed by human being and degraded environment due to exposure activities.

Chen (2016) argues against Freidman’s theory, system theory is better in which scale as well as place are key elements. Systems theory focuses on resilience and ecosystems stability.

The theory contradicts the theory given by Friedman because the elements of system theory covers equity viability, capital and economic ideology that organization has to follow to offer best living standards to next generations as it is their right.

Above argument is comparable to Chen (2015) principle, in the principle he advocates that having maximization of profit as vision could be proved as a wrong game for the organizations as it seems more attractive, spontaneous, unassuming, correspondence and effortlessly applicable in long run.

One more alternative view given by Landrum and Osofsky (2017) is totally against the theory of Friedman; he stated that there is lack of realistic perspective in the theory given by Friedman which reflects that managers of the organization as the only decision or choice maker who do not need to include any kind of counselling as well as participation from remaining stakeholders.

The alternative view of Siesta and Alfred (2015) to the theory of Freidman, advocates the phenomenon for strategy of business and involvement of several stakeholders in the formation of strategy. With respect to business strategy, there are pre-determined set of objectives and aims with mission and vision of the company which is basically used in creating marketing tactics.

(2017) supports, activities related to CSR are involved in the policies of organization because of organization’s mission, vision and objectives. That is why stakeholder theory provides more comprehensive approach for sustainable business practice.

With this, they offered alternative views to the theory given by Friedman by integrating business tactics in the CSR and all stakeholders get involved like shareholders, employees etc.

in the business strategy formulation, so that it indicates approval on applying and utilizing the wealth of the organization into corporate social responsibility. Above arguments reflect perception as well as strategies by considering stakeholder theory and sustainability theory.

At the same time Bewley and Li (2015) supports the sustainability theory and stakeholder theory over the theory given by Freidman in order to approach sustainable business practice.

As commented by Burritt (2012), theory given by Freidman is lacking understanding of social norms, laws and ethics and this is not done in the world. In order to survive for long run an organization need to improve profitability, efficiency, employee satisfaction and productivity with self-esteem of suppliers and employees which are not concentrated in the theory of Freidman. He focused only on profits.

After analyzing the essay ‘The social responsibility of business is to increase its profits’ by Milton Friedman in critical manner, it is explored that the author focused and tried to influence people towards the key objective of business activity that is profit maximization.

Various arguments are provided by author to make influenced. The arguments involve unfair part of organization practices which ultimately have adverse effect on the profit of the owners of the organizations. In the analysis stakeholder theory, sustainability theory and system theory has been taken as alternative perspective to Friedman’s theory.

Friedman’s shareholder theory is challenged by stakeholder theory and sustainable theory. On the other hand, it is concluded that in the current era organization are needed to include corporate social responsibility as its business strategy.

Friedman M. (1970), “The Social Responsibility of Business Is to Increase Its Profits,” The New York Times Magazine, 13 September 1970.

Assignment help Get 20% off on your 1st assignment order. Get A+ Grade | Plagiarism Free | Turnitin Report | 247 Chat Support |