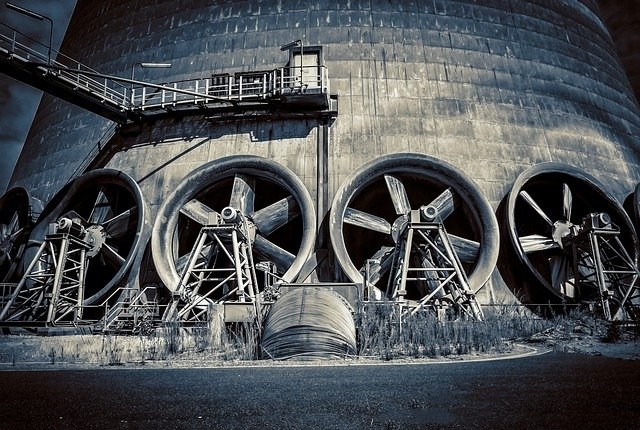 Analysis of long distance wakes behind a row of turbines

For this research study, long term wind data from a wind farm will be collected from the measurements available at 3 km and 6 km east of the wind farm for a row of 10 turbines. These data sets are presented in UPWIND report. All these data sets have 10 minutes mean values. For analyzing this data, analytical analysis will be used by using the SPSS technique that will help to provide the descriptive statistics and regression.

The motivation behind conducting this research was that to develop strategies that will help to analyze the long distance wakes behind a row of turbines. Another motivation is that the researcher is having due consideration regarding the environmental concerns and want to make career in the field of energy. This is the reason why social and environmental aspects motivated the researcher to conduct the research on this topic.

This research is significant for analyzing the long distance wakes behind a row of turbines. It also helps to analyse the impact of using the various internal turbine distances. It helped to get an outlook of the power production and also the velocity deficit in the farm wake. At the same time, it helped in determining sensitivity to different parameters such as, grid resolution and characteristics of turbulence.

The below research question will be answered:

The major aim of this research is to analyze the long distance wake behind the row of 10 turbines in order to forecast wake recovery. For this, the following objectives will be achieved:

1.6 Approach to conduct the research

For analysing this data, analytical analysis will be used by using the SPSS technique that will help to provide the descriptive statistics and regression. Apart from this, simulation method will also be preferred to estimate the production in the farm and velocity deficit at different distances of wakes. The simulations will be conducted according to the turbulence and wind shear conditions of the site. There will be a comparison between the measured production data and wind data in the wake.

In this, different parameters are studied by different researcher in order to understand the importance and characteristics of the turbulence, Reynolds number and grid resolution for measuring the long distance wakes. Nygaard (2014) analysed that behind these wind turbines in the wind farms, there is a disrupted flow of air which is known as wake which can be characterized as the reduced speed of wind while increasing the turbulence. The individual turbine wakes are combined with each other for the purpose of forming a farm wake which remains supportive to travel at a longer distance. Moreover, in wind farm, clusters farm to farm interaction also takes place.

Due to which, the long distance wake of a wind farm also impacts the wind conditions of other wind farms too which are built in the surrounding area (Witha, et al., 2014).

The wind turbulence works on the Mann model and according to which fluctuating body forces the wind farm upstream. Moreover, under this model, neutral atmosphere is assumed but it is identified that this model remains assistive to study wake effects inside the farms but not support to evaluate longer distances which are needed in the context of farm to farm interaction. To evaluate the long distance wakes, various numerical studies have taken place.

On the other hand, Nygaard (2014) determined that to get the better understanding regarding long distance wakes and a row of turbines, there is a need of predicting the wake recovery in an accurate manner.

In this context, numerical simulations as well as measurements in the wake remain assistive. In the perspective of earlier studies, it is identified that the wake can be done by utilizing simplified wake models. It includes the models which are applied for the purpose of momentum equation, roughness elements while representing the turbines. According to the views of Almazyad, et al. (2014), there is a quantifiable relationship between wind farm efficiency and wind speed. In like manner, the direction of the turbines, turbulence and atmospheric stability also play vital role in the generation of power output.

Moreover, Witha, et al. (2014) identified that wake losses are majorly take place due to strong wind speed variations in the context of turbine thrust coefficient; direction, atmospheric stability and turbulence plays vital role. In like manner, the efficiency of wind farm remains highly dependent on the distribution of wind speeds as well as wind direction.

According to Barthelmie & Jensen (2010), grid resolution is defined as a tool which helps in measuring the minimum distance between the two different objects. In simple words, resolution is stated as pixel whereas grid is stated as a cell size and these both helps in determining the impact of one object over the other. On the other hand, Breton, et al., (2012) also that Reynolds number is third parameters which help in measuring the power coefficient by determining the turbines value. While studying, it is also determined that decrease in turbine value leads to the increase in the Reynolds number from 1000 to 10000.

Troldborg, et al. (2014) depicted that every large offshore wind farm has a long distance wake as increased number of offshore wind farms supports to increase more occasions regarding interaction of wake from one wind farm to another. So, it can be stated that long distance wakes directly impact the wind conditions at the neighbouring sites. In addition to this, Gaumond, et al., (2014) also stated that there is high impact of turbulence over the wake recovery and relative production. This impact arises because of turbulence levels which creating impact on the background levels and on the farm wake.

Eriksson, et al. (2014) illustrated that the impact of turbine spacing towards wake losses is highly uncertain in nature and in this perspective, it is identified that there is an evidence of deep array effect which reflects that wake losses in the centre of the wind farm are generally remains under-estimated while focusing towards wind farm model. However, it is identified that the overall efficiency of the wind farm can be evaluated on the basis of prediction as it compensates the edge effects.

Moreover, Lu & Porté-Agel (2011) also stated that behind a wind turbine there is a wake which creates impact on the productivity as well as reduce the wind speed if wake are near to each other. The most critical impact is the distance between the tower of turbine which creates simulation and that originates from the turbine which are need to be coordinated with each other. While analyzing the long distances of turbines, it is found that there is need to understand the wake effect inside the farm in order to determine the impact on the internal turbine distances.

The internal turbine distances in the farm are required to be placed at some distances in order to increase the wind speed and extract more energy.

2.3 Power production and velocity deficit in the farm wake

For studying the power production and velocity deficit in the farm wake, simulation is carried out by the researcher. Lubitz (2014) explained that simulated power production will helps in creating a good correlation with the real production inside the farm in order to measure the downstream rows of turbine. This use of simulation helps in over predicting the wake recovery, wind velocity and long distance behind the row of turbine in the farm. In the research study, Porté-Agel, et al., (2011) clearly stated that using the simulation in the measuring and determining the long distances wake in the wind turbine. This is a presented method which can be applied for simulation for long distance wakes.

The effect of power production in the farm wake is predicted on the basis of velocity deficit which also helps in determining the neighbourhood effects in measuring the wind farm performance. According to Lydia, et al., (2014), the effect of wind turbine develops an interaction on the power production of wind turbulence and its performance due to offshore wind farms. In context to this, Hirth & Müller (2016) explained that in offshore wind farms, power production is deteriorated due to the mutual influence of wind flow around the wind turbines is resulted into a serious issue.

The major objective of this research is to analyze of long distance wakes behind a row of turbines. At the same time, the significance of this chapter is to analyze the various approaches and methods which are been used for the goal of the research study along with full justification on the topic of the research (Mackey & Gass, 2015). The research opinion framework is used for choosing the appropriate research methodology that is vital for the researcher in selecting most prominent elements of this study for accomplishment of the research.

At the end it is concluded that, for accomplishing the research on time and successfully there are different types or kinds of aspects which are been adopted by the researcher for successful accomplishment of the research. The aspect includes interpretivism research philosophy, secondary data collection method, and quantitative research design (Smith, 2015).

Breton, S. P., Nilsson, K., Ivanell, S., Olivares-Espinosa, H., Masson, C., & Dufresne, L. (2012). Study of the effect of the presence of downstream turbines on upstream ones and use of a controller in CFD wind turbine simulation models. In The Science of Making Torque from Wind.