Here’s the best sample of UF05-CT Critical Analysis Assignment written by the expert.

The analysis of movies is the process of determining the cinematography along with the sound and editing true determination of the clips are scenes. The analysis of movies enables the understanding of the content that is portrayed through the media along with its impact on us (Potter, 2015). Critical thinking is the procedure of analysing facts for the formation of a judgement (Settle, 2018). Critical analysis is a form of subjective writing for the presentation of the opinion of the writer regarding the valuation of a text or some other entity. I am writing this reflective report with the aim of performing a critical analysis of the movie ‘Tenet’. The movie was released in 2020 and it was a science fiction action thriller that has been directed and written by Christopher Nolan (Tenetfilm, 2021). The lead cast in the movie included John David Washington, Robert Pattinson, Elizabeth Debicki, and Dimple Kapadia etc. This report contains the critical analysis of the Tenet using Gibbs Reflective Cycle Framework for the description of the feelings and conclusions followed by the techniques of critical analysis that had been used. 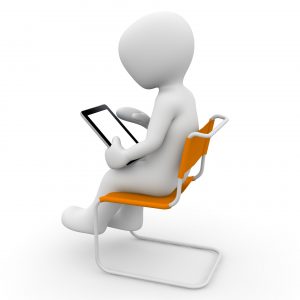 I have used Gibbs reflective cycle model for structuring my learning from experiences during the critical analysis of the movie (Pianpeng & Koraneekij, 2016). I have undertaken a critical thinking approach for critically analysing the Tenet movie by referring to the fundamental aspects of critical thinking. This depends upon the abilities and dispositions including the analysis of arguments and evaluating the evidence with adequate reasoning and decision making (Settle, 2018). The dispositions include open-mindedness and the search for truth followed by increasing action and a fair perspective of the work of others. During the analysis of the movie I understood the disposition of open-mindedness and increase session as it is based on a science fiction theme on the topic of time manipulation. The complex notion of the movie was based on the ability of the characters to rewind and fast forward through time like inversion with the use of a new technology that has the ability to reverse the entropy of objects and people (IMDB, 2020). During my search for truth, while analysing the movie, I had ensured that I watch all the details attentively and listen to the dialogue of the characters. Explanation of inversion by the scientist within the movie was appropriate and required some knowledge as they moved back through time. The complicated action sequences in the movie could have been further simplified for initial understanding during the movie wherein the protagonist ended up fighting a battle with an inverted version of himself.

I utilised A stage Theory of critical thinking and development during analysing the movie. This has enabled me to enhance my intellectual development based on the assessment of the defining feature of the movie along with the identification of the principal challenge of the concept of inversion in the movie (Criticalthinking, 2021). I used the model of critical thinking for initiating the assessment of the movie with the description followed by the analysis and evaluation. Initially, I found the movie to be very confusing as I was not able to understand the logic behind the declaration of war on the present by the future due to climate change. Also so I felt that it was highly critical to exclaimed that whatever that has happened had already happened in the past. I had to re-watch certain components of the movie to fully understand the logic regarding why the CIA agent portrayed by John David Washington was looking for the terror accused.

The experience of watching the movie and critically analysing was inclusive of good and bad components. The good part about the analysis was that I had to dig deep into the movie and revert certain components and listen to the dialogues carefully for understanding. However, sometimes I would end up more confused than the previous time due to the concept of time travel based on a closed-loop theory. However, it was really difficult for me to understand the functioning of the shadowy government organisation called Tenet signifying the name of the movie.

Considering the analysis of the movie, I have been able to realise that the concept of inversion in the movie lets anyone travel back to the past infinitely for interaction with their earlier versions. However, the flow of time remains the same. The cinematography and direction have been phenomenal by Nolan as he near perfectly executed the movie based on the complex conceptions regarding the algorithm developed by the creation of the inversion technology for it to be weaponised (IMDB, 2020). I felt the area of the breaking of the algorithm into 9 physical pieces resembling the Marvels infinity stones as they remain hidden. This was not a good reference in the movie as it made it lack originality. For understanding the situation, I used my skills of problem-solving and inference to identify the happenings at the opera house that remains attacked by a terrorist team.

I was able to draw conclusions regarding the international espionage involving the CIA operative to be associated with Tenet and the use of cutting-edge technology for combating the imminent threat from the future. However, I was unable to grasp many concepts from the movie due to preconceived notions of time travel from the past experiences of movies. Hence, the action plan for me would be to develop more open-mindedness while critical thinking and analysis along with practising self-regulation to segregate already known assumptions with the new findings and learnings.

From the reflective report, it is concluded that the Tenet movie is a science fiction action thrilled containing high-level notions of time inversion and algorithms used by the future to launch an attack on the present due to climate change. Some aspects of the movie remain unclear till the later stages like the reason for the attack on the present and the logic behind the terrorist attack in the opera house. The aim of this report was to perform a critical analysis of the movie ‘Tenet’. The aim has been achieved through the application of critical analysis theories and models along with using the reflective writing model of Gibbs. The themes of the report could be further explored in the future considering the cinematography and script along with the assessment of the placement of the sequence of events.

Pianpeng, T. & Koraneekij, P., 2016. Development of a Model of Reflection Using Video Based on Gibbs’s Cycle in Electronic Portfolio to Enhance Level of Reflective Thinking of Teacher Students. International Journal of Social Science and Humanity, 6(1), p. 26.